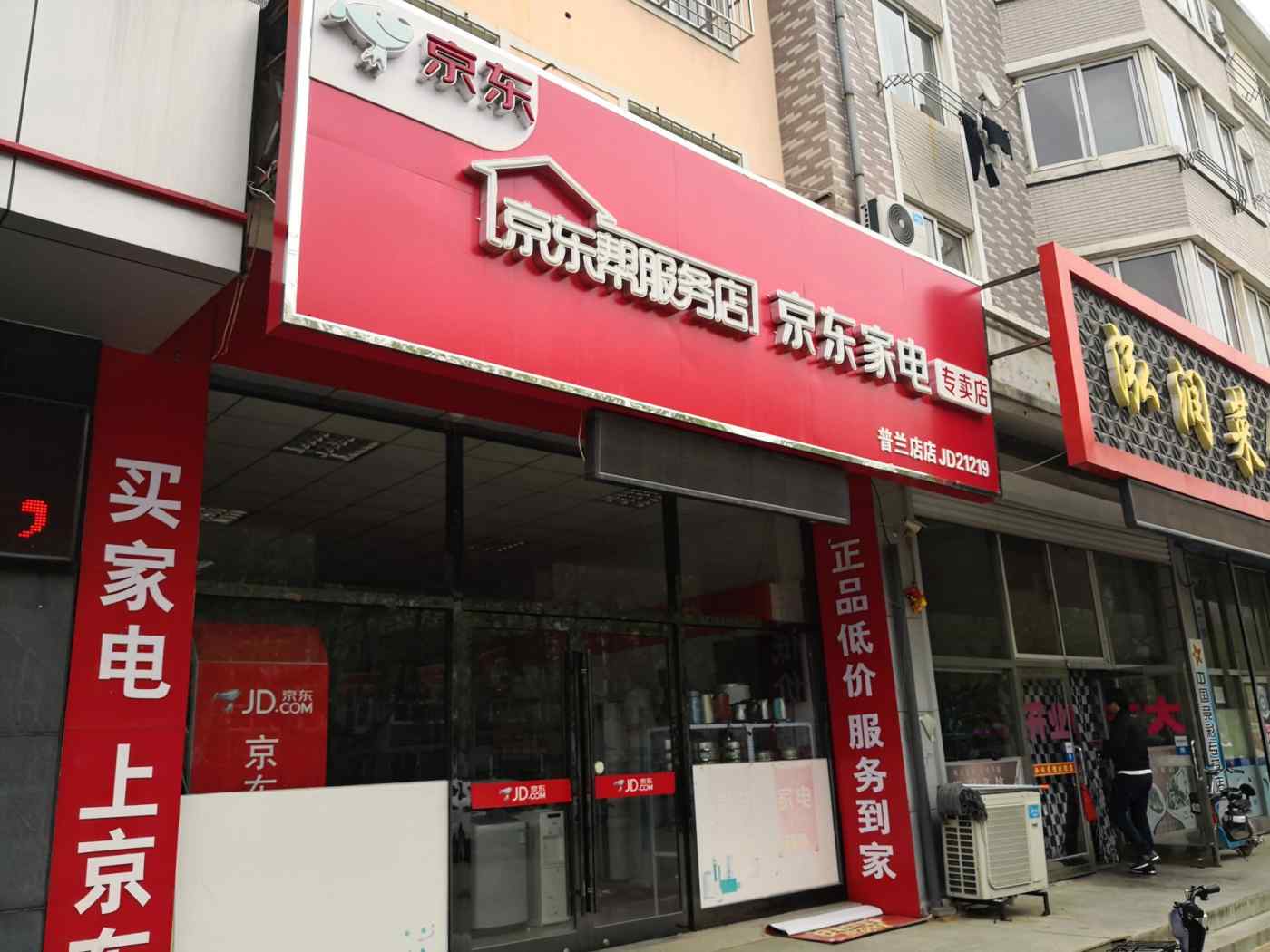 JD.com is opening thousands of small shops, each with about 100 sq. meters of floor space,like this one in Dalian in the northeastern province of Liaoning. (Photo taken by Shin Watanabe)
SHIN WATANABE, Nikkei staff writerJune 4, 2019 13:02 JST | China
CopyCopied

DALIAN, China -- JD.com, China's No. 2 online retailer, is in the process of expanding its footprint in the traditional retail space despite the fact that Chinese shoppers are turning to the internet.

China's appliance sales in 2018 rose 1.9%, to 810.4 billion yuan ($117.2 billion), and are expected to increase to 829.1 billion yuan this year. Brick-and-mortar stores rang up about 6% of last year's sales, and the figure has been on the decline while that for online stores has been heading in the opposite direction.

One reason JD.com has its eye on the walk-in market is necessity. In urban areas, China's online marketplace has attracted about as many shoppers as it can, according to an industry observer, and the key to growth will be tapping small cities and rural areas.

Another reason is that JD.com is already China's No. 1 online seller of appliances. In 2018, it accounted for 38.9% of China's online appliance sales. Suning.com was next at 30.1%, followed by Alibaba Group Holding's Tmall at 24.9% and Gome Electronics at 3.5%, according to data from the China Household Electric Appliances Research Institute and other organizations.

But the retailer is at the bottom of China's brick-and-mortar world. Suning.com is China's largest offline seller of appliances, making 17.5% of total sales. Gome Electronics is next at 9% and Jiangsu Five Star Appliance follows at 2%. JD.com's presence in this segment is negligible.

So JD.com is taking two steps into traditional sales. In one, it is opening thousands of small shops, each with about 100 sq. meters of floor space. At one rural store about an hour drive from central Dalian in the northeastern province of Liaoning, the sign reads, "JD.com Appliance Exclusive Distributor."

Air conditioners, TVs and rice cookers, most with Chinese brand names like Haier, are scattered inside the dim store.

A female salesperson said the shop has fewer products than are available online but that it is visited by older customers who have difficulty using the internet.

The store opened two years ago and is operated by a local merchant, not by JD.com, based on a franchiselike agreement.

JD.com's franchisees cover the remodeling and other opening costs.

The manager of the shop outside of Dalian said the upfront costs have not been a problem and that the investment is paying off.

A JD.com representative said the company plans to increase the number of these small stores to 15,000 by the end of the year, up 5,000 from the total at the end of 2018. Although the company has not disclosed how many sales these shops are making, an executive told Chinese media that JD.com expects them to ring up a combined 100 billion yuan in 2021.

The other half of JD.com's offline strategy involves big stores. The company is to open a 50,000-sq.-meter store in Chongqing later this year and has plans to follow that by opening outlets in every big Chinese city, a company representative said.

It is also buying into an established chain. In mid-April, JD.com announced it would acquire a 46% stake in Jiangsu Five Star Appliance for 1.27 billion yuan from Jiayuan Chuangsheng Holding Group. JD.com is to be Jiangsu Five Star's second-biggest shareholder once the deal closes, which is expected within a few months.

Five Star Appliance has about 300 directly managed stores, located mainly in the central and southern parts of China, including Jiangsu and Zhejiang provinces. Its annual sales come to around 18 billion yuan.

JD.com's expectations for the real-world stores include allowing shoppers to check out products in person before buying them online. It also wants to use data that it has accumulated online to help determine the product lineups at its brick-and-mortar stores.

Another reason JD.com is moving to the traditional sphere is that it feels real-world retail expertise will be crucial to survival as an appliance seller. Suning.com and Gome Electronics are also trying to fuse internet and walk-in retailing.

JD.com has grown rapidly since it was founded in 1998. Its sales -- about 90% of which come from online shopping -- surged 20.9% on the year to 121 billion yuan in the January-March quarter.

Although JD.com is rushing to open traditional stores, including supermarkets, the openings have been behind schedule. And there is already skepticism that the company's brick-and-mortar strategy can pay off as more shoppers go online.