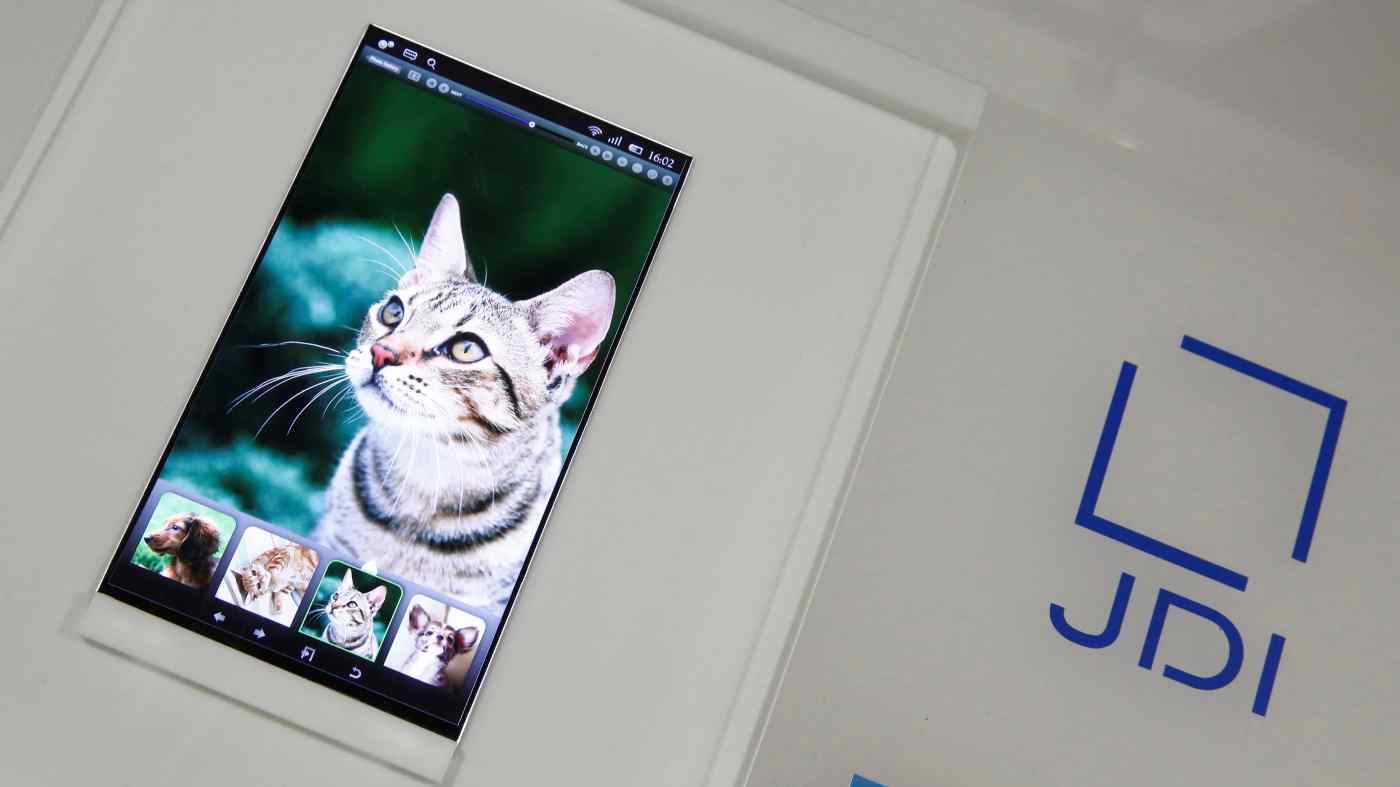 TOKYO -- Japan Display, once heralded as the savior of Japan's display industry, finds itself on increasingly rocky ground as the Taiwanese-Chinese consortium that agreed to bail out the company drags its feet.

Between falling earnings and the need for additional investments before the launch of new iPhones, the Apple supplier is being forced to explore alternatives in case the rescue plan falls through.

Necessary steps toward the bailout have been delayed because China-based Harvest Group is hesitant, several sources with knowledge of the negotiations told Nikkei on Thursday.

In response to an inquiry by Nikkei, a Harvest representative said the company had no comment at this time. JDI, as the display company is known, issued a statement Thursday saying "there is no such fact" that Harvest has expressed difficulties about the investment.

The display maker had announced April 12 that it would raise 80 billion yen ($725 million) from a consortium that includes Harvest and Taiwanese electronic components maker TPK Holding. But no concrete timeline has been set as the consortium holds off on decisions.

Harvest, which is responsible for about half the total investment, initially hoped to leverage a partnership with JDI to build organic light-emitting diode, or OLED, panels in China. But the Chinese government objected in early April, concerned about risks tied to excessive investments.

This objection meant Harvest no longer could receive a couple billion dollars' worth of subsidies promised by Zhejiang Province for the factory. A deal was reached only after TPK agreed to shoulder some of Harvest's share.

That JDI is doing worse than expected has only complicated matters. The company logged a net loss of 109.4 billion yen for the fiscal year ended in March, according to results released May 15. JDI's equity-capital ratio was 0.9% at the end of March, meaning the company's assets were almost worth less than its liabilities. Earnings could fall even further this year, with April-September revenue projected to drop 10% on the year.

The other consortium members remain interested in the Japanese company. But they cannot make a decision until Harvest is on board.

"We have a difference of opinions with JDI," TPK Chairman Michael Chiang Chao-juei said on May 16.

JDI is believed to be negotiating with several other foreign funds as the Taiwanese-Chinese plan stalls.

Given that Apple usually launches new iPhone models in the fall, the panel maker likely will need to invest hundreds of millions of dollars by summer to prepare for new production. If the current rescue plan falls through, "JDI could run out of cash as early as June," a source familiar with the matter said. The deadline to repay a credit line of 107 billion yen extended by key lenders also approaches in August.

INCJ, a Japanese public-private fund and the display maker's top shareholder, granted a 20 billion yen bridge loan on April 19 to tide the company over in the meantime. JDI said it could receive another 40 billion if necessary, though these loans would have to be repaid out of the assistance package by the Taiwanese-Chinese consortium.