Obstacles remain before economic projects can begin on the ground 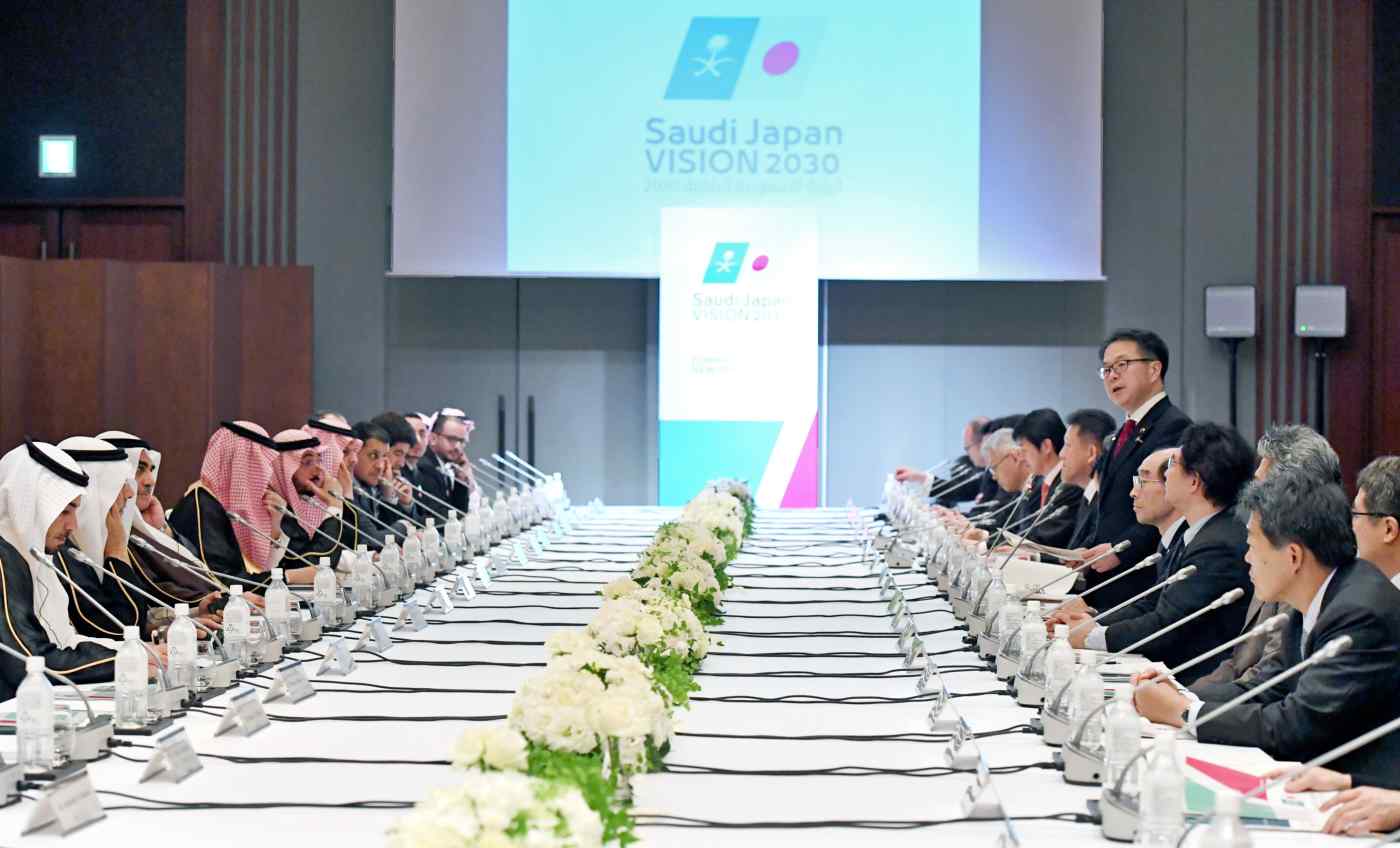 TOKYO -- Toyota Motor, JX Holdings and other major Japanese corporations signed on to a wide range of economic projects with Saudi partners on Tuesday, raising hopes of increased Japanese investment in the Middle Eastern kingdom.

Saudi King Salman's four-day visit to Japan from Sunday has yielded 11 agreements between the Japanese and Saudi governments and a total of 20 memorandums of understanding among the private sector businesses.

Materials maker Toyobo will work on developing desalination plant technology. "Saudi Arabia is a growing market, and we will assist economic development there by providing cutting-edge desalination techniques," said President Seiji Narahara at a signing ceremony on Tuesday. Marubeni-Itochu Steel agreed to advance efforts to build supply chains in the country. "The creation of special economic zones will make it easier to do business," said President and CEO Yasuo Matsuura.

The Japan Exchange Group, which operates the Tokyo Stock Exchange, agreed with the Saudi Stock Exchange on Tuesday to explore opportunities for cooperation on product development, cross-listing and other areas.

State-run Saudi Arabian Oil, commonly known as Saudi Aramco, is planning an initial public offering as early as next year. The TSE and Aramco agreed to set up a study group for a potential listing in Tokyo. "We have higher hopes for a listing than before," said a source at Japan Exchange Group.

Saudi Arabia ranks 20th in the world in gross domestic product, and its population is seen as growing 10% between 2016 and 2020 to 37 million. "Our countries will take our relationship to the next step as strategic partners," Japanese Economy, Trade and Industry Minister Hiroshige Seko said Tuesday in a meeting with Saudi officials.

Because petroleum alone was able to sustain the Saudi economy for years, the kingdom had not put much effort into attracting foreign investment. It also lagged behind in creating a strong business environment, and some parts of the country still do not have reliable supply of electricity and gas.

Japan is the second largest buyer of Saudi goods, including crude oil, after China. While its annual imports from the kingdom total about 2.5 trillion yen ($21.8 billion), its exports are at just 680 billion yen. Direct investment from Japan to Saudi Arabia came to 560 billion yen at the end of 2015, and just 85 Japanese companies have operations there -- both relatively low figures.

The countries still need to iron out details about supporting businesses and easing regulations in the special economic zones. Many of the private sector agreements are also limited to exploring potential opportunities, and there likely will be more challenges before proposed projects become a reality. Continued dialogue between the two governments will be key.