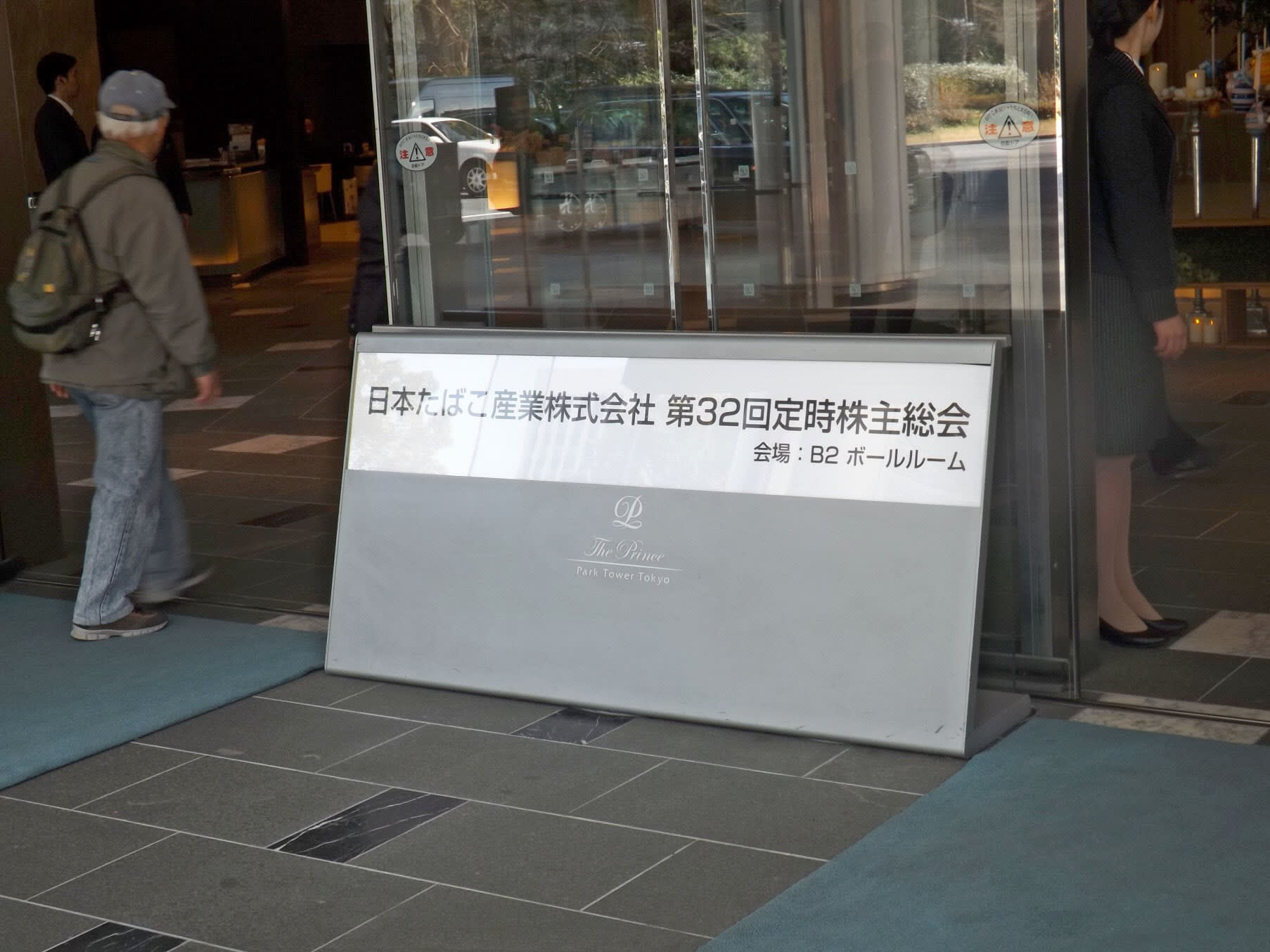 TOKYO -- While Japan Tobacco's flagship cigarette business is struggling, its once-moribund pharmaceutical segment is realizing new success. But drugs only account for 3% of group profits, and there is apparently little momentum to enlarge that proportion.

A shot in the arm

A record 4,505 people attended JT's shareholders' meeting held at a Tokyo hotel last Friday. But instead of discussing tobacco products, which is customary at these gatherings, the questions and comments were laser-focused on the group's drug business.

"Drugmaking should be a core operation," declared one speaker. Another asked if JT intends to acquire more pharmaceutical companies.

As recently as last year, those same shareholders were urging the company to wash its hands of the pharmaceutical business, which had been a perennial money-loser with little growth prospects. They changed their tune this year, as the mainstay tobacco operation struggles amid a tough business climate.

The drug-making arm, on the other hand, is growing rapidly. Segment operating profit less non-recurring items is projected to roughly double to 19 billion yen ($171 million) during the current fiscal year ending December. In 2016, the business turned an operating profit for the first time in eight years.

This turnaround owes to an anti-HIV drug that utilizes substances developed by JT. Demand for the treatment is soaring in Western markets, as the tablets have a minor effect on the kidneys and bones than other regimens.

The drug had been exclusively marketed overseas, but subsidiary Torii Pharmaceutical has launched domestic sales of the product this year, which will contribute substantially to earnings.

JT's tobacco business, on the other hand, is not doing so well. International operations, which account for 57% of the total, will muster a growth in profit this year due to expanding sales in developing countries.

But in Japan, sales of the group's paper cigarettes are expected to drop 10% in the face of competition from iQOS, the heated cigarette developed by U.S. tobacco giant Philip Morris International. JT is scrambling to put out its own Ploom Tech tobacco vaporizer, but consolidated operating profit is expected to sink 6% to 560 billion yen.

"The soft growth is temporary," said President Mitsuomi Koizumi. But that has failed to allay doubters, especially considering tougher smoking laws. "The expectations for growth are fading," said an analyst at an international brokerage.

JT's strategy of growth through acquisitions is also becoming harder to execute. That is because Philip Morris and U.K. rival British American Tobacco are way ahead in that game, and both are pulling away from the Japanese company in terms of scale.

There are calls for JT to buy out Britain's Imperial Brands, the world's fourth-ranked tobacco producer. But European antitrust regulations and other hurdles stand in the way. The company's winning formula is turning out to be inoperative, and its tobacco-only growth strategy is hitting a rough patch.

It is in this light that JT's investors have become so enamored with the pharmaceutical business. "We have finally achieved a balanced earning structure" through the growth of the operation, Koizumi told shareholders. Drugmaking "is very important due to its role in supplementing profit growth," he added.

But the attendees did not agree. Pharmaceuticals should not just supplement tobacco, but "should be positioned at the same level in terms of weight," said one.

Those views are also tied to frustrations with the lackluster stock price. JT is still hovering near the 2016-17 low of 3,607 yen, with no signs of recovery in sight.

As for now, JT is taking a cautious approach toward acquiring more pharmaceutical businesses. "First we'll prioritize research and development," said Executive Vice President Yasushi Shingai. "At this time, there are no plans to summarily expand operations."

For JT to end its stock price and earnings slump, the company needs to shake its tobacco addiction and show that the drug business is capable of sustainable growth.