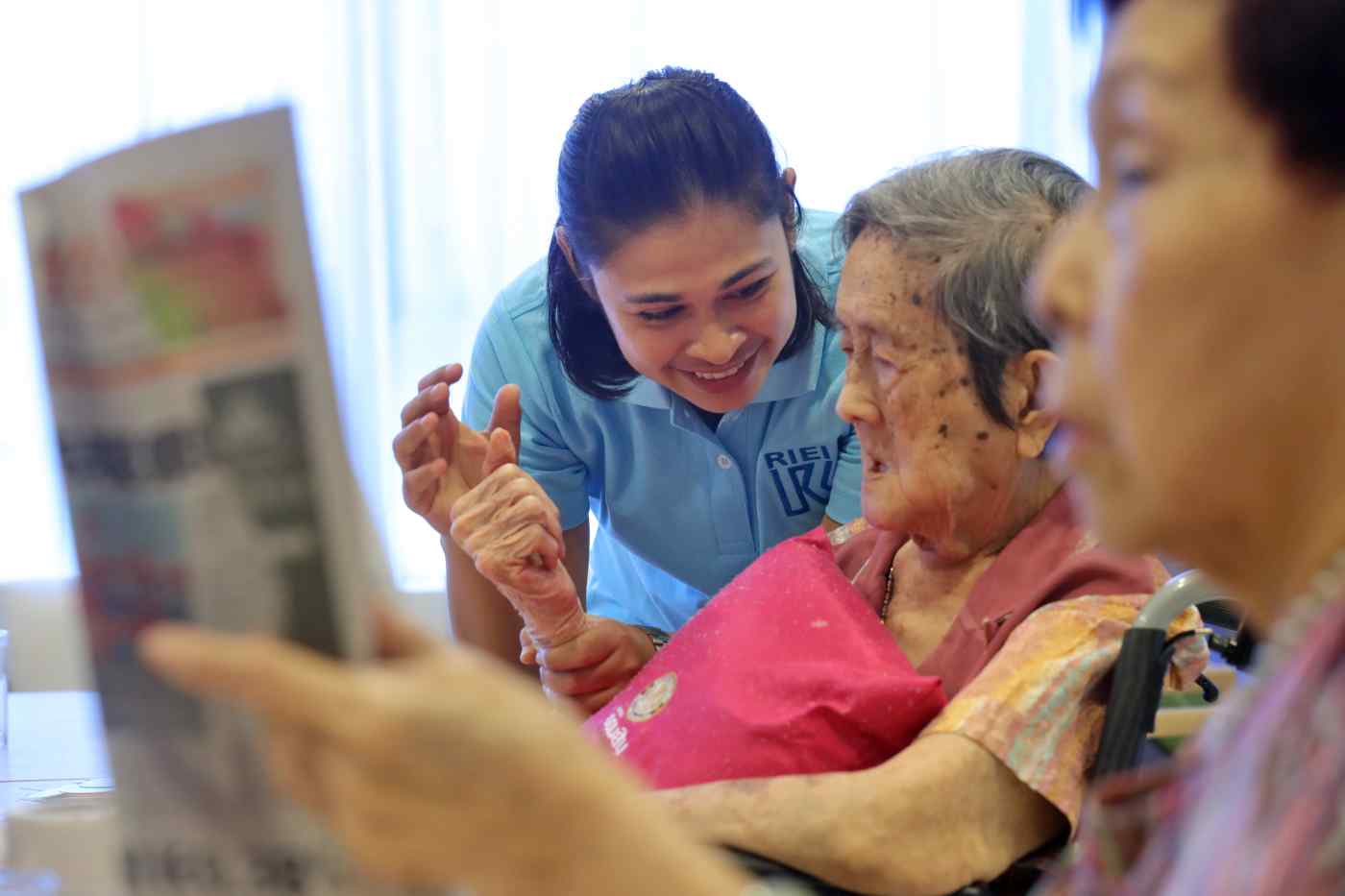 As populations in countries like Thailand begin to age, the need for Japan's expertise in the elder care sector is expected to grow. (Photo by Ken Kobayashi)
January 5, 2018 06:16 JST | Japan
CopyCopied

The Economic Research Institute for ASEAN and East Asia, which the Japanese government helps fund, will develop a framework to accept the new students starting in fiscal 2018. It will receive a maximum of 2 billion yen ($17.7 million) in public money to help cover tuition and daily expenses.

ERIA will also create a framework to let Japanese doctors conduct joint research and practice in other Asian countries.

The government's effort will mainly be housed in the cabinet's health strategy headquarters and the Ministry of Health, Labor and Welfare.

Japan also hopes to boost exports of services in the medical and nursing fields by partnering on a private and public level with other Asian countries that are also struggling with how to care for their graying populations.