Airline suffers sharp decline in passengers due to pandemic 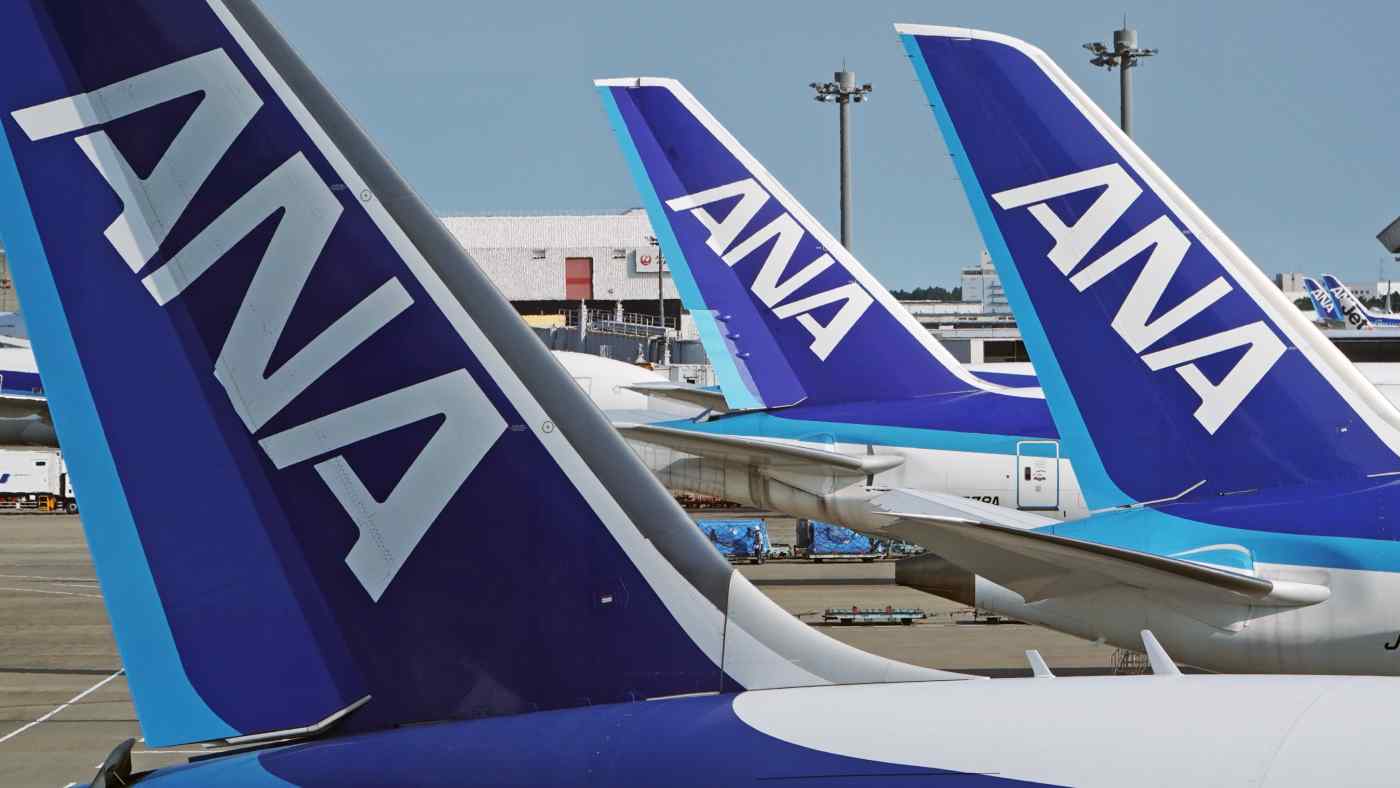 TOKYO -- ANA Holdings, parent company of All Nippon Airways, expects to post its worst-ever net loss of 500 billion yen ($4.74 billion) for fiscal 2020 as it suffers from a sharp decline in passengers due to the coronavirus pandemic, Nikkei learned on Wednesday.

With weak demand for air travel persisting, ANA will record an impairment loss on its large aircraft. ANA had previously declined to make a full-year earnings forecast due to the uncertain outlook, but it will announce its forecast next Tuesday.

As the pandemic exacts a toll on global travel demand, the number of passengers on ANA's international flights dropped 96% in the April to August period, versus the same period last year. Passenger volume on domestic flights also slid 84% during the period.

ANA is working on cost-cutting measures, including employee furloughs and cuts in board members' compensation, but the situation remains severe. ANA has proposed to its labor union a 30% cut in employees' annual salaries.

A net loss of 500 billion yen would be the largest since 2003, when ANA switched to consolidated accounting. ANA posted a net loss of 57.3 billion yen in fiscal 2009 in the wake of the global financial crisis. To date, that is the airline's largest annual loss.