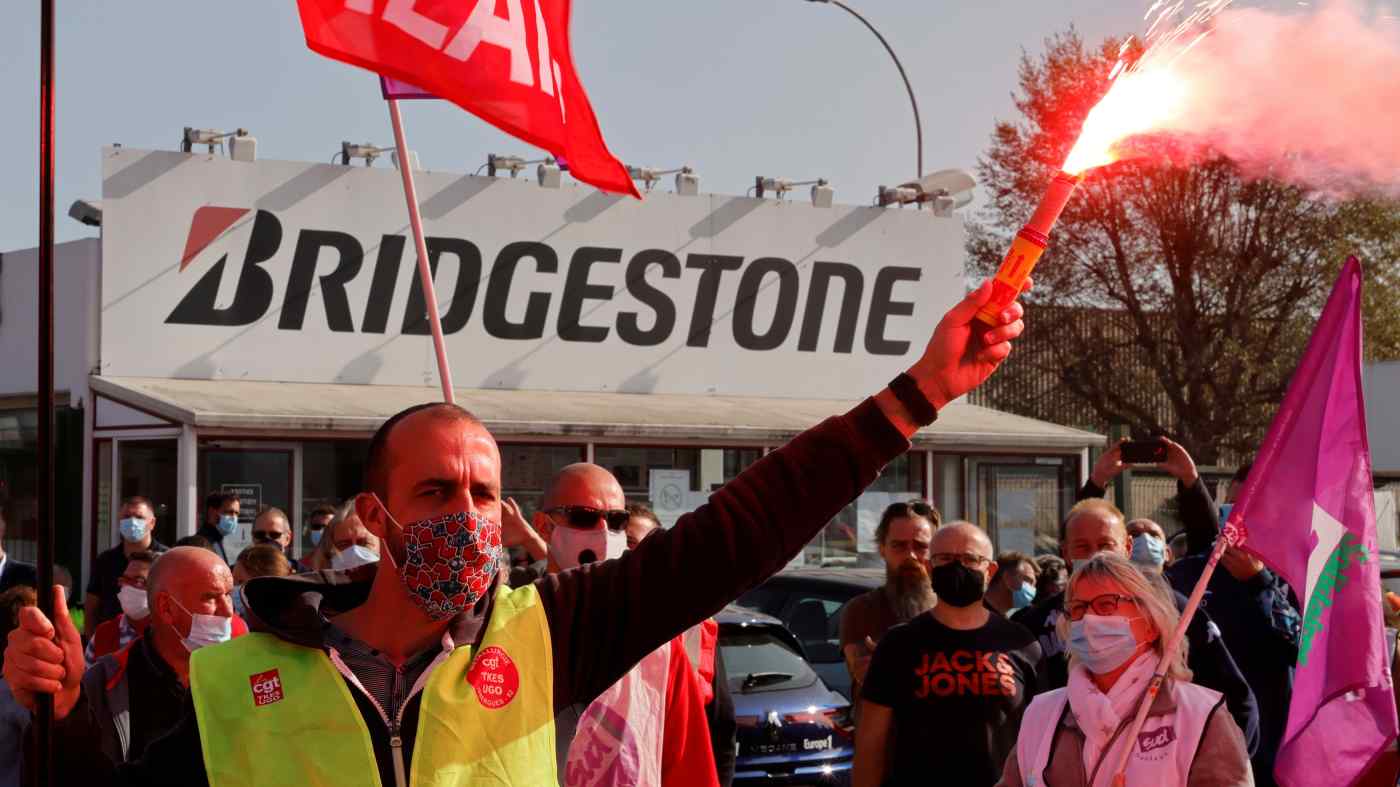 TOKYO/PARIS -- Bridgestone projects a 60 billion yen ($571 million) net loss for 2020, the company said Thursday, falling into the red for the first time since 1951 amid the global coronavirus outbreak.

This represents a stark turnabout from last year, when the world's top tire maker by market share logged a 240.1 billion yen profit.

The full-year revenue is also expected to drop 18% to 2.89 trillion yen, as the pandemic-induced economic slowdown squeezes sales of highly profitable mining tires, as well as tires for new passenger cars and trucks. Its operating margin is also seen coming to 5% in 2020, down from 13% in 2016, before the company adopted new accounting standards.

A costly restructuring of production facilities outside Japan also weighed on Bridgestone's earnings.

The company booked about 26 billion yen in business and plant restructuring expenses for the first three quarters of 2020, including a reserve for negotiating overseas factory closures, as well as roughly 35 billion yen in impairment losses on assets including facilities in China. It expects these costs to total about 120 billion yen for the full fiscal year.

Bridgestone announced in September that it would close a plant in the northern French city of Bethune. The French government pitched a 100 million-euro ($117.8 million) rescue plan to save the 860 factory jobs but Bridgestone turned it down, Agnes Pannier-Runacher, deputy economy minister, revealed Thursday.

"Bridgestone closed the door" on the negotiations, Pannier-Runacher told reporters.

A local politician appearing with Pannier-Runacher likened Bridgestone's decision to tossing away workers like used tissues.

The funding offered by France would have raised the plant's productivity by 25-40%. Bridgestone reportedly cited the need to preserve competitive advantage in its decision to turn down the deal. The plant is due to close as early as the second quarter of next year.

The company has decided to shutter its Port Elizabeth plant in South Africa as well.