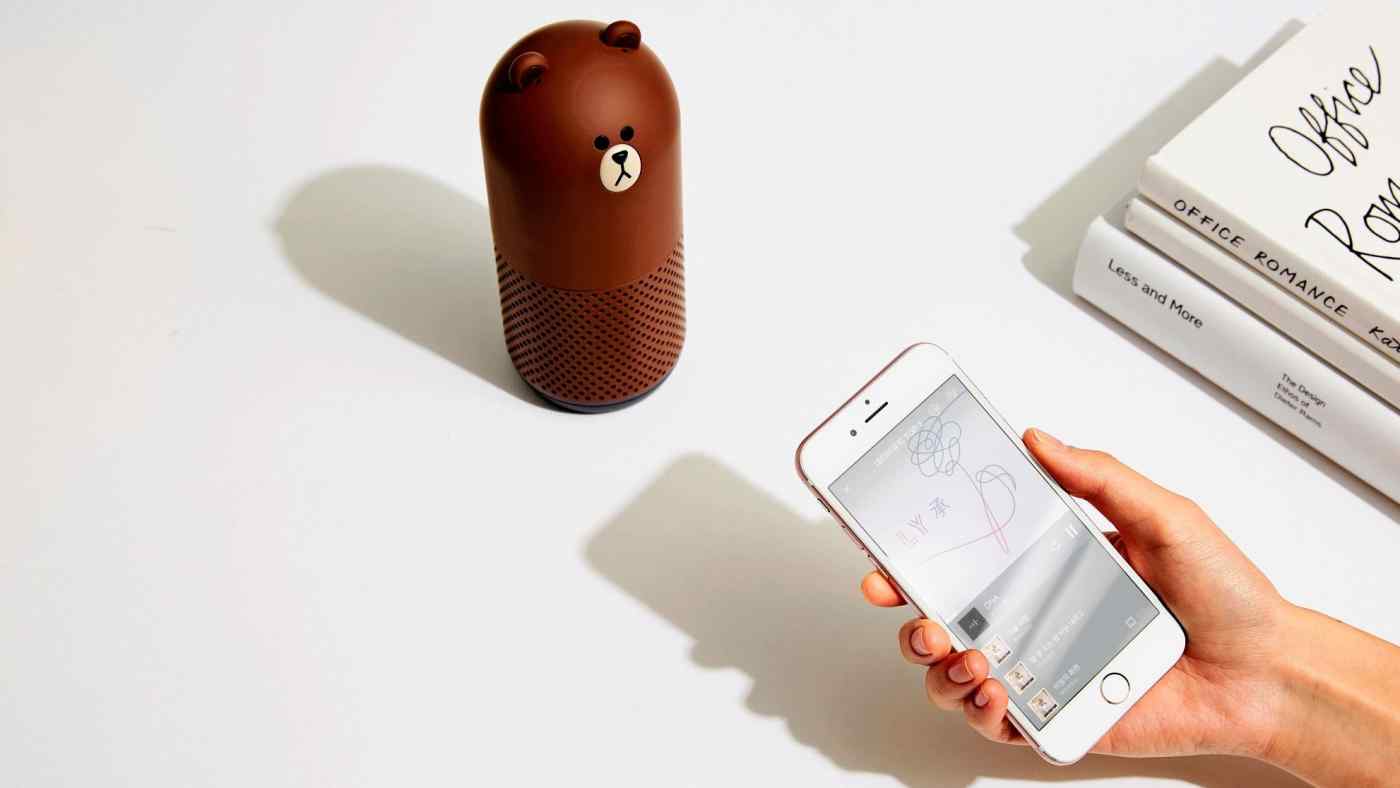 The big U.S. technology companies led the way in linking appliances to smart speakers, but Line is the first Japanese company to offer smart-speaker services. Housing fixtures makers like Lixil Group and Rinnai are also developing so-called skills, the term used for what can be subject to a voice command, based on Line's Clova open-source smart speaker technology.

Sharp will soon supply air conditioners and washing machines that can be operated by voice. A user could verbally tell an air conditioner to turn the temperature down, for example.

Line, majority-owned by South Korea's Naver, has ambitions beyond enabling home appliances to be voice-controlled via smart speakers. It hopes to share data collected from the operation of these devices with electronics makers to jointly develop new products that incorporate artificial-intelligence technology.

Line is also considering ways to let third parties develop services paired with skills. Services that notify family members if an elderly relative leaves the television or lights on when asleep could be offered, for instance. The notifications will be sent through the Line messaging app, creating synergies with its own services.

Line is also developing Clova Auto for cars. Users will be able to control their home air conditioners and other devices from their vehicles, starting in 2019.

American information technology companies like Amazon.com are leading the way. The e-commerce juggernaut announced in September a microwave oven that works with the company's AI-powered Alexa assistant to accept spoken commands.

Google is strengthening its Google Home smart speaker, as well as control of devices with its AI-powered Google Assistant for smartphones. General Electric Appliances, a unit of China's Haier group, will develop Google Assistant-compatible offerings. Google is also teaming up with iRobot, the company behind Roomba robot vacuum cleaners, to create maps of homes.

IT companies like Line are targeting the collection of data they cannot get from social networking sites or browsing histories. Advertising and online sales can be targeted more accurately if businesses can deeply analyze data on consumers' daily lives, preferences and interests.

In the absence of global standards like those for basic software powering personal computers and smartphones, competition in the "internet of things" for home electronics is intensifying.