Japan's Ricoh weighs impairment charge of up to $900m The units include U.S. distributor Ikon Office Solutions, which the Tokyo-based company bought for about $1.6 billion in 2008. Ricoh may record the losses for the current fiscal year ending next month. The Japanese company had nearly 390 billion yen in goodwill and intangible assets from such acquisitions on the books at the end of 2017.

Demand for printers and copiers has declined in Ikon's key markets of North America and Europe as businesses shift from paper to digital. Similar circumstances drove Japan's Fujifilm Holdings to pursue the acquisition of longtime U.S. partner Xerox.

Ricoh currently expects to break even on a net basis for the year through March 31. Logging an impairment loss may well plunge it into the red.

Worldwide, shipments of printers, copiers and multifunction devices shrank 4.1% in 2016 to just under 99.03 million units, according to U.S.-based International Data. Shipments have declined 26% over nine years. Color printers and copiers are selling well in emerging economies, but cooling demand has caused sales to slump in many Western markets.

In a way, printer makers have hamstrung themselves with their technological advances. The improving capabilities of multifunction devices -- which perform some combination of printing, copying and scanning -- mean offices need fewer of them.

Compounding the headwinds in the office market, there is a glut of players in the commercial and industrial printing segments, resulting in tough competition. 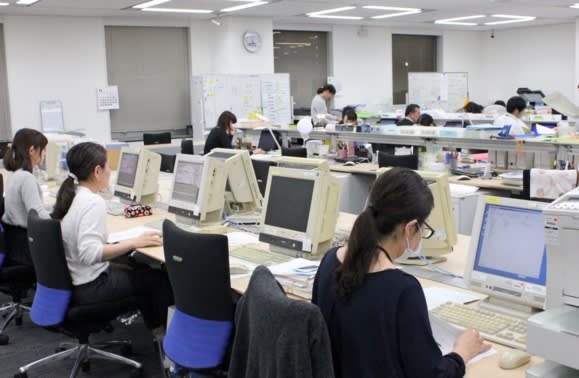 The shift toward digital formats and the growing array of functions that a single machine can handle have cut into demand for such office equipment as copiers and printers.

Ricoh embarked last year on a restructuring plan that included at least 5,000 job cuts, primarily in its biggest overseas market of the U.S. The company has also stopped financial support to a money-losing Indian arm and is working to rebuild assets by selling off shareholdings.

Fujifilm, for its part, recently decided to merge its printer operations with those of Xerox, while U.S. rival HP in November finalized the purchase of Samsung Electronics' printer business.

HP and Fujifilm aim not only to develop emerging markets, where there is still room to grow, but also to shave costs by attaining greater scale. Fujifilm has outlined plans to cut international staff at its Xerox joint venture by 10,000. Structural reforms, which also include factory consolidation, are expected to bring savings of $450 million a year.

While Ricoh's sales largely come from office equipment, the company has so far kept its distance from industry realignment, preferring to make changes in-house. The company announced plans on Wednesday to sell its entire stake in Coca-Cola Bottlers Japan Holdings -- a distributor for the soft drink -- for about 55 billion yen.

Japanese office equipment makers like Ricoh and Canon became industry leaders using advanced technologies in optics and precision machinery, excelling in both electronics and mechanical engineering. But the spread of the internet, plus handheld devices like tablets and smartphones, is making paper-oriented office equipment redundant.

Japan alone is home to more than 10 producers of such equipment. Should the market outlook grow even bleaker, companies are likely to seek further alliances both within and across industry lines.