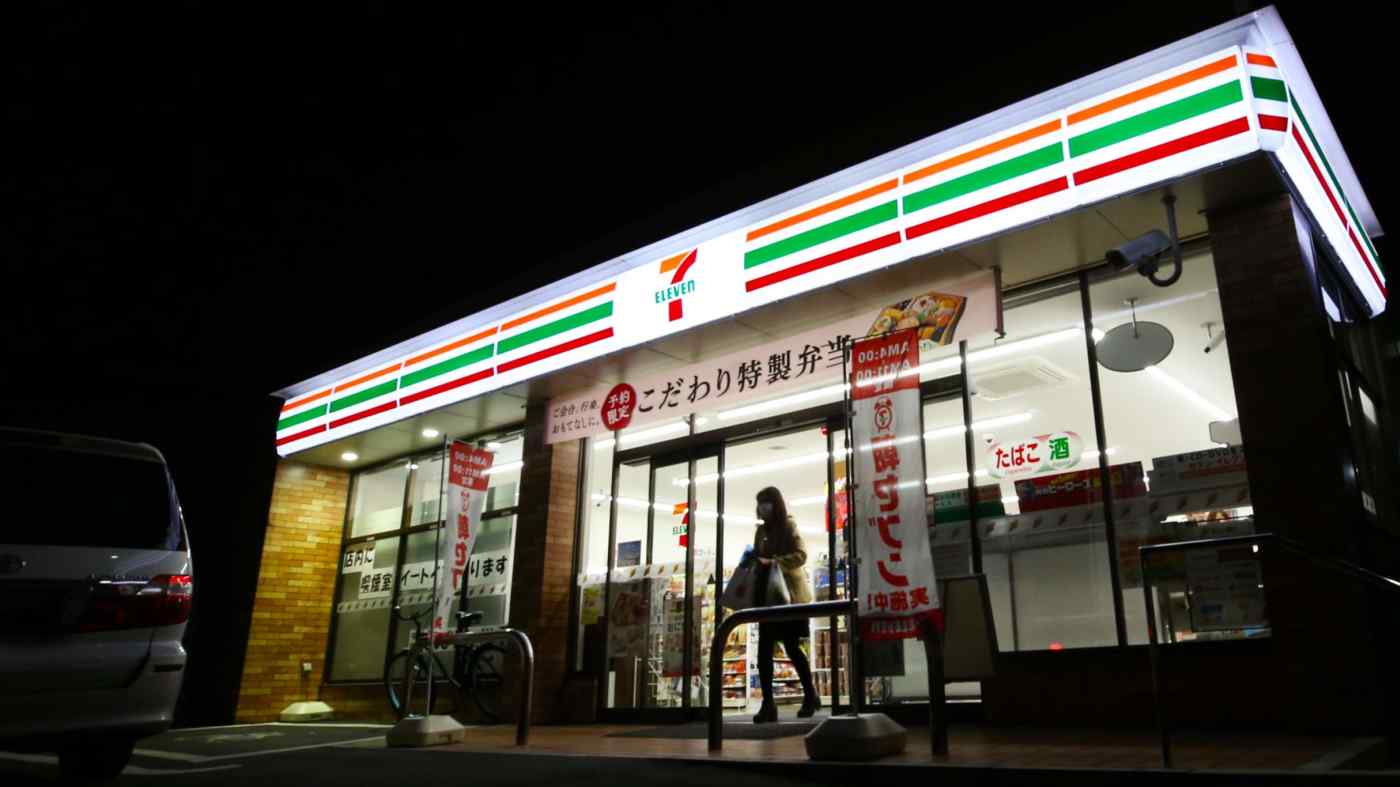 TOKYO -- The operator of Japan's 7-Eleven convenience store chain will hit the brakes on expansion of its retail network, departing from a strategy of driving growth through waves of store openings in favor of enhancing its outlets.

The shift in focus comes a day after Seven-Eleven Japan said it would replace its president as the chain copes with a nationwide labor shortage that has sparked discontent among franchisees.

The company intends to open 900 new locations in fiscal 2019, down 40% on the year and the fewest in nine years, while closing 750 outlets.

Seven-Eleven last logged such a small increase back in fiscal 1977, with a gain of 176 stores. The retailer had just introduced the country's first convenience store in 1974, and operated about 400 locations across Japan as it began its growth track. Today, its portfolio contains upward of 20,000 outlets, and the planned net increase of 150 stores -- or a mere 0.7% -- signals that the expansion is grinding toward a halt.

Instead of store openings, Seven-Eleven will focus on making its existing outlets more competitive.

"Until now, 60% of our investment had been used on new stores," Seven & i President Ryuichi Isaka told reporters Thursday in Tokyo. "Going forward, 60% will go to existing locations."

The company, which also owns 7-Eleven of the U.S., has earmarked 145 billion yen ($1.3 billion) in capital spending for domestic store operations, up 30% on the year.

When asked about plans for the segment, Isaka said: "We are pausing with a purposeful intent."

The shift in focus also shows the company's commitment to addressing the growing dissatisfaction of franchisees.

Convenience store chains typically have given priority to boosting their presence in a particular market, even opening outlets in close proximity. The chains embraced this model because more outlets meant more income generated. It improved the efficiency of product deliveries as well.

But having outlets of the same chain close to each other hurts the franchisees.

"When a store opens near us, not only do our sales take a hit, but it also makes it more difficult for us to find workers," a franchisee in Kyoto said.

Seven-Eleven stores rang up an average of 656,000 yen in daily sales during fiscal 2018, up a mere 0.4% on the year. The figure has remained roughly flat over the past five years, while the number of outlets jumped 30% during the period.

This fiscal year, Seven-Eleven plans to outfit 6,000 stores with extensive sections for frozen food and other products that customers increasingly buy. That number is 90% above an earlier target.

All stores will be equipped for partial self-checkout, where customers complete the payment portion of the process, as a way to help franchisees cope with the labor shortage. The company also will debut outlets boasting 10% more space starting later this month.

Convenience stores in Japan have transformed from a quick stop for a drink and a snack into a multi-service center housing ATMs and offering utility payments processing to meet the varying needs of consumers. This expanded role let operators defy market maturity and continue adding stores.

"We don't think the market is overcrowded," Isaka said Thursday.

But competition keeps growing, and convenience stores now battle new entrants such as drugstores that have begun selling food and online shopping services. Suspending store openings does not automatically translate to a sales boost for existing outlets, and Seven-Eleven needs to address this challenge if it wants to maintain growth.