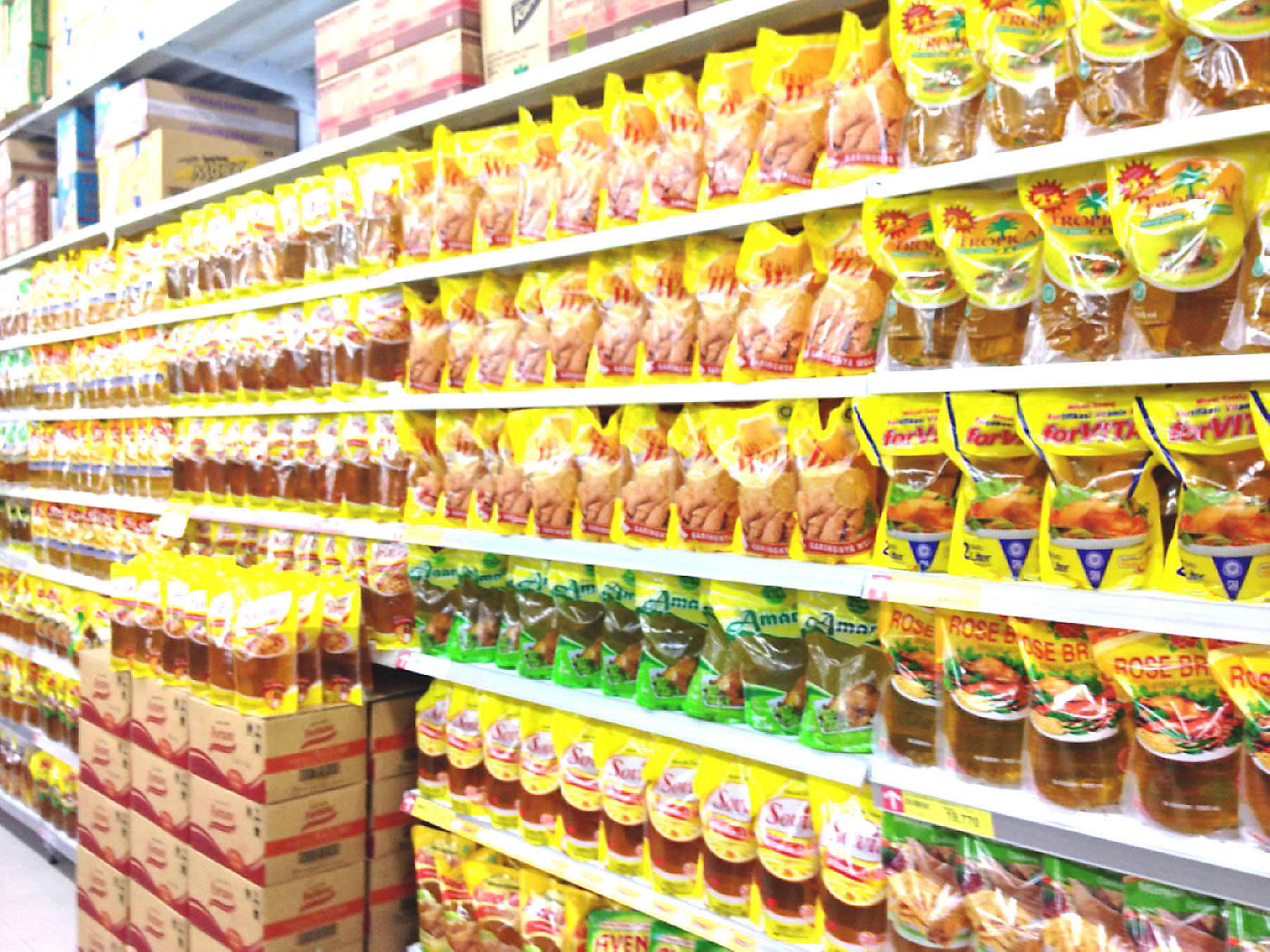 Cooking oil is just one of the food products that packaging materials made by companies like Toppan are used for in Indonesia.
KEIICHI KAMEI, Nikkei staff writerSeptember 4, 2017 21:55 JST
CopyCopied

TOKYO -- Japan's Toppan Printing has embarked on an acquisition spree to shore up business at a time when the domestic printing market is bottoming out. A cornerstone of its expansion push is Indonesia, where a swelling middle class and growing demand for value-added packaging materials have created a market nearly as big as Japan's.

The printing company announced on Aug. 24 that it will spend about 10 billion yen ($90 million) to buy Karya Wira Investama Lestari, an Indonesian manufacturer of food packaging materials with annual sales of 13 billion yen. Together with its local subsidiaries, Toppan will become the country's largest producer of packaging materials by sales.

Although the Japanese company has been slower than its domestic rivals in venturing abroad, it has been accelerating its investments in Asia. Toppan acquired a stake in an Indian maker of food packaging materials in March and purchased shares in a Thai container maker in April. Japan's Dai Nippon Printing entered Indonesia in 1972. It is the largest packaging materials maker there, with sales of about 20 billion yen. Not counting the Karya deal, Toppan, which entered the country in 1973, is ranked around eighth with sales of several billion yen.

However, by acquiring the fourth-ranked Karya, Toppan is expected to take the lead, with sales of over 20 billion yen.

Toppan Forms to join with AI startup for script digitization

It plans to widen that gap by spending some 5 billion yen to build a new plant by 2020, which the company hopes will boost sales by 50% from the current level to 30 billion yen.

The shift to more value-added products comes as Indonesians are gravitating away from traditional food stalls -- where delicacies tend to be eaten on the spot -- and toward convenience stores and supermarkets, where perishables such as cooking oil, coffee and powdered juice need to be kept fresh longer.

Part of the reason Toppan lagged behind Dai Nippon and other competitors in Indonesia was because rather than sharpen its focus on the country, it used the nation as a base for exporting products to neighboring countries. But Toppan reversed that policy about four years ago and has since been working to cultivate the Indonesian market.

The company has been able to offset the effects of a slumping domestic commercial printing market and actually grow by expanding its business to include information services. That includes processing customer information and issuing electronic cards for banks and credit card companies.

But with Japan's printing business bottoming out, achieving growth through domestic demand alone is becoming increasingly difficult. The company decided that tapping overseas markets was a must.

Toppan has set a goal of spending 125 billion yen on new businesses and buyouts over the five years through the fiscal year ending March 2022.

But the Karya investment is bigger by far -- and highly promising. Southeast Asia's swelling middle class means demand for high-performance packaging materials and containers of the kind found in Japan is likely to keep expanding.

Although Toppan's overseas sales ratio was a modest 14% for the fiscal year ended March, the company is determined to push that number higher by combining its technical prowess and capital with smart overseas acquisitions.