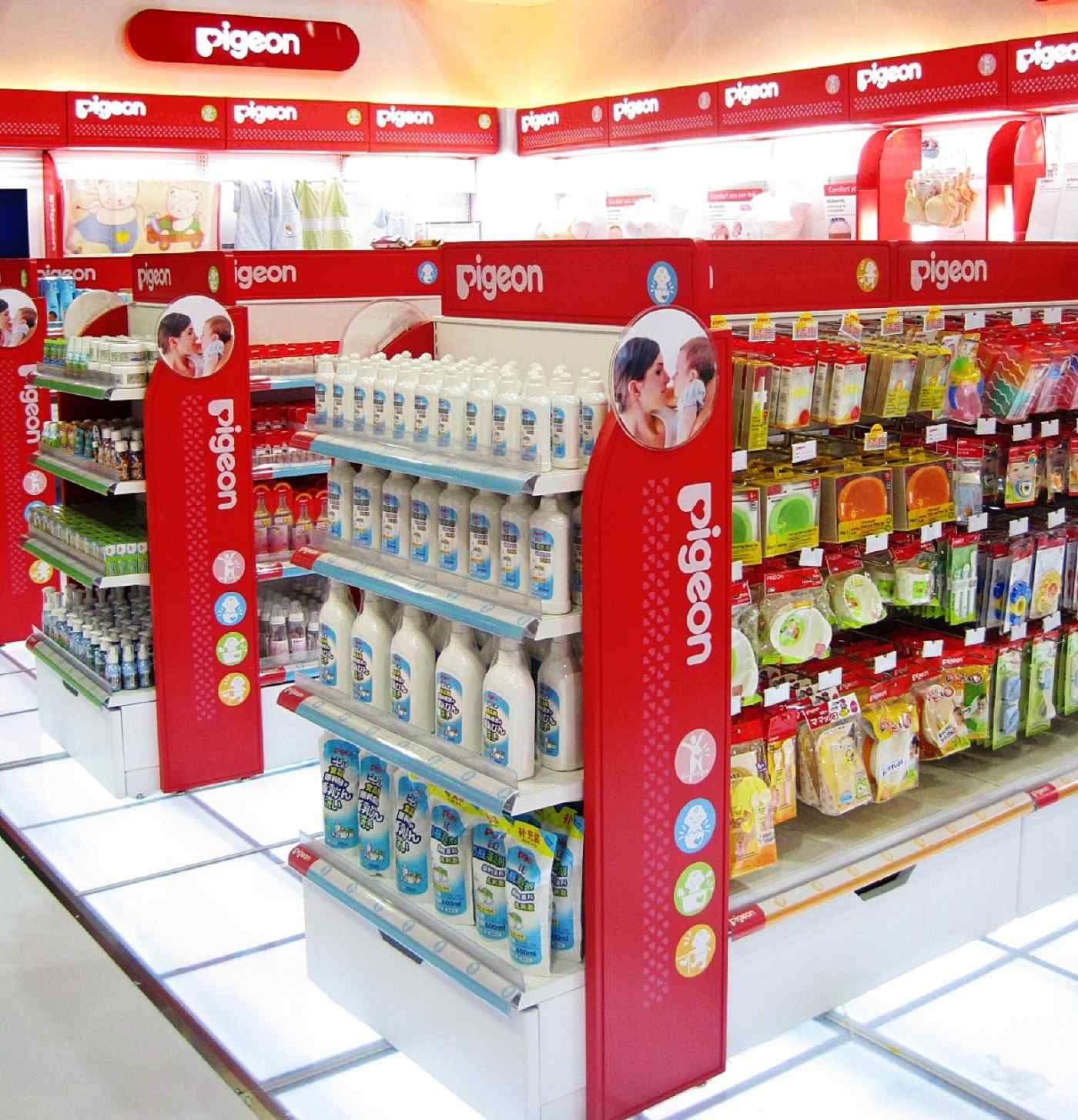 TOKYO -- Pigeon, one of Japan's top makers of baby products, is expanding to the Middle East and Africa in addition to growing its existing markets in Western countries and Asia.

The company is expected to post a record group net profit for the fifth consecutive fiscal year, which ends next January. The focus now for investors is whether Pigeon can keep this up and if its ambitious overseas plans will succeed.

In mid-July, Pigeon President Shigeru Yamashita was in the state of Uttar Pradesh in India. He was visiting a nursing bottle production plant being built on an about 10,000-sq.-meter site at an industrial park. Pigeon has spent roughly 1 billion yen ($9.41 million) on the plant. It is scheduled to start operations in January.

Annual sales in India are less than 1 billion yen, but Pigeon aims to increase this to 1.7 billion yen by the year through January 2017. The company has built a network of 7,000 pharmacies to sell its products.

"We want to succeed in India, which has a growing population," Yamashita said.

Where the babies are

Japan's birthrate is dropping, but Pigeon is using its experience in Japan to advance overseas, especially in countries that are seeing population increases. These include China, India, Turkey and Malaysia, all of which Pigeon has focused on in the past decade. Its overseas sales ratio has risen to 50% in the business year through January 2014, from 34% in fiscal 2008. The company plans to increase this to 57% by the year through January 2017.

Much of this boost has come from China, especially in sales of baby wipes, nursing bottles and nipples. With China's one-child policy, most parents tend to spend a lot of money to raise their only child. The company has worked to build a high-class brand image, such as by having dedicated selling space at large stores. It also chose not to use Japanese models in its store promotional materials, so as not to distinguish it from major Western baby product makers.

Pigeon sells its products in dedicated selling spaces not just in the top markets of Beijing and Shanghai, but also in major interior cities, such as Chongqing and Chengdu. The company is also focusing on selling its products to the Internet-savvy younger generation by having sales campaigns on Amazon.com in China. Some of the more than 1,000 baby-related products sold by Pigeon

The company plans to use its success in China to build up its other overseas operations. It plans to increase overseas sales by 49% to 57.3 billion yen in three years, compared with the year through January 2014.

Pigeon will focus on its five priority items -- nursing bottles and nipples, breast pumps, pacifiers, skin-care products and breast pads. Yamashita said he hopes to build a presence ahead of rivals, namely in the Middle East, Africa, and in Asian countries such as India, Indonesia and Singapore. In March, the company set up a subsidiary in Brazil and is considering the construction of a plant there to make nursing bottles and other items. The company also began to provide English-language lessons to its employees last year to make them more internationally competent.

These international expansion moves will take time to produce healthy sales, said Masashi Morita, senior analyst at Okasan Securities. To build its sales, Pigeon will need to educate many consumers that are unaccustomed to using nursing bottles or breast pads. There is also severe competition with makers that have already entered various countries that Pigeon is moving into.

All of this comes as Pigeon suffers at home. Sales in Japan for the year through January 2014 rose 2% on the year to 24.4 billion yen, falling short of the company's target of 26.4 billion yen set in its medium-term management plan three years ago.

Pigeon sells more than 1,000 items, including baby food, strollers and skin-care products. It has a 70-80% share of the Japanese market for nursing bottles and breast pads. However, the company has been behind the curve in Internet sales. It has also done poorly in the stroller segment.

The company has moved into the health care and nursing care businesses as a way to shore up its flagging focus on babies. But even though Japan's population has been getting older, Pigeon's sales in the health care and nursing care segments remained unchanged at about 6.7 billion yen for the year through January 2014. Its medium-term target was 8 billion yen. Yamashita said that some foreign investors have suggested that Pigeon should pull out of these segments, but he said he wants to stay, adding that too many competing products are to blame for the poor earnings.

The company's baby product business used to produce innovative hit products, including Japan's first disposable diapers. However, Pampers, made by Procter & Gamble, grabbed much of Pigeon's market share from 1977, and Pigeon eventually withdrew from the diaper business.

Nevertheless, Pigeon has continued to research baby behavior and make other efforts to help develop unique baby products. It is this innovative product development capability that will be key to Pigeon's growth.