A plan to bring neighbors together with fitness guides and cookbooks 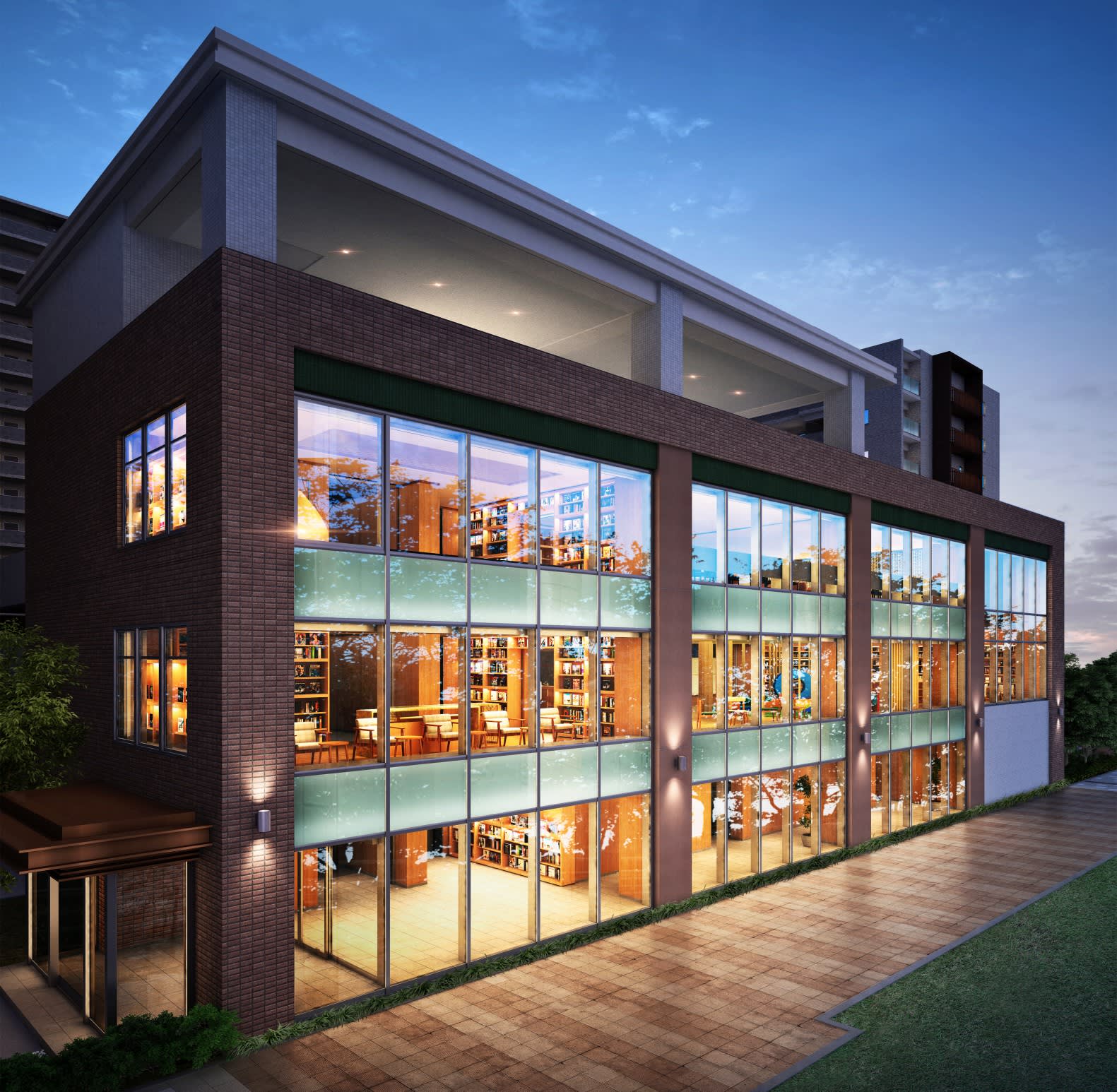 This glass-walled building for residents of Meitsu Fukagawa-Sumiyoshi, which in 2020 is to open in Tokyo's Koto Ward, is designed to evoke a sense of openness (Image courtesy of Tsutaya)

As is the case with the Tsutaya Electrics store in Tokyo's Futako Tamagawa neighborhood, an affluent residential district, selections of books will make up a key part of the design. The choice of titles and interior decorating will take into account expected lifestyles as well as each neighborhood's characteristics.

In designing the shared spaces of condominium projects, Tsutaya's operator, Culture Convenience Club, will draw on its experience with airy retail spaces that invite consumers to come inside and relax.

The Meitsu Fukagawa-Sumiyoshi development in Tokyo's traditional neiborhood Koto Ward is among five residential projects that Tsutaya is already consulting on. Meitetsu Real Estate Development's 444-unit condominium complex is scheduled for completion in 2020. 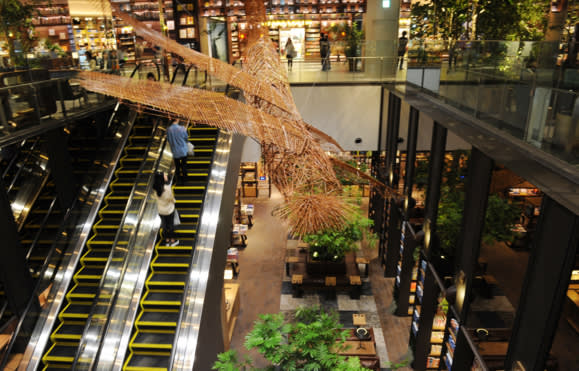 The Tsutaya Electrics store in Tokyo's Futako Tamagawa neighborhood has become a hangout for nearby residents. (Photo by Kaori Yuzawa)

Tsutaya will take care of the design work for a three-story communal building next to the main complex. It has decided on a "modern Japanese" theme to fit the neighborhood, known for an array of art galleries that evoke the Edo period (1603-1867).

A sumo stable is also nearby, so part of the communal area will have a variety of art and sumo books.

Inside a party room, books on food will be stacked on a kitchen shelf.

Anticipating that many residents will be young families, Tsutaya will set up a space with simple play equipment, study desks and children's books.

An area where mothers can look after their children will have a sofa as well as books on child-rearing and beauty.

There will also be a space for salaryman residents; it will have shelves of fitness and business books.

Although Tsutaya has selected books for hotels and offices, the new project will be its first full-scale residential design job.

Tsutaya will receive consultant fees and other compensation after construction of each project has been completed.

In 2020, it will consider planning as well as hosting events and workshops for residents in the shared spaces it designs.

The four other projects include the 264-unit Urban Shimamoto City, in Osaka Prefecture, which is scheduled for completion at the end of 2018. Meitetsu Real Estate Development is also involved in this project. Although the Tsutaya Electrics in Tokyo's Futako Tamagawa neighborhood sells everything from kitchenware to toys, the operator believes the space succeeds because of the ambience imparted by an assortment of books and magazines. (Photo by Kaori Yuzawa)

Tsutaya also plans to get into hospital and hotel design in the Tokyo area.

Meanwhile, its brick and mortar bookstore business is defying the internet age and growing.

Tsutaya used to be known for its once-ubiquitous DVD rental shops.

It long ago began transitioning away from DVD rentals and in the past few years has gained momentum in this regard by acquiring a number of art book and fashion magazine publishers.

It is also expanding outside the country, with dozens of outlets in Taiwan, including some book and cafe hybrid shops.