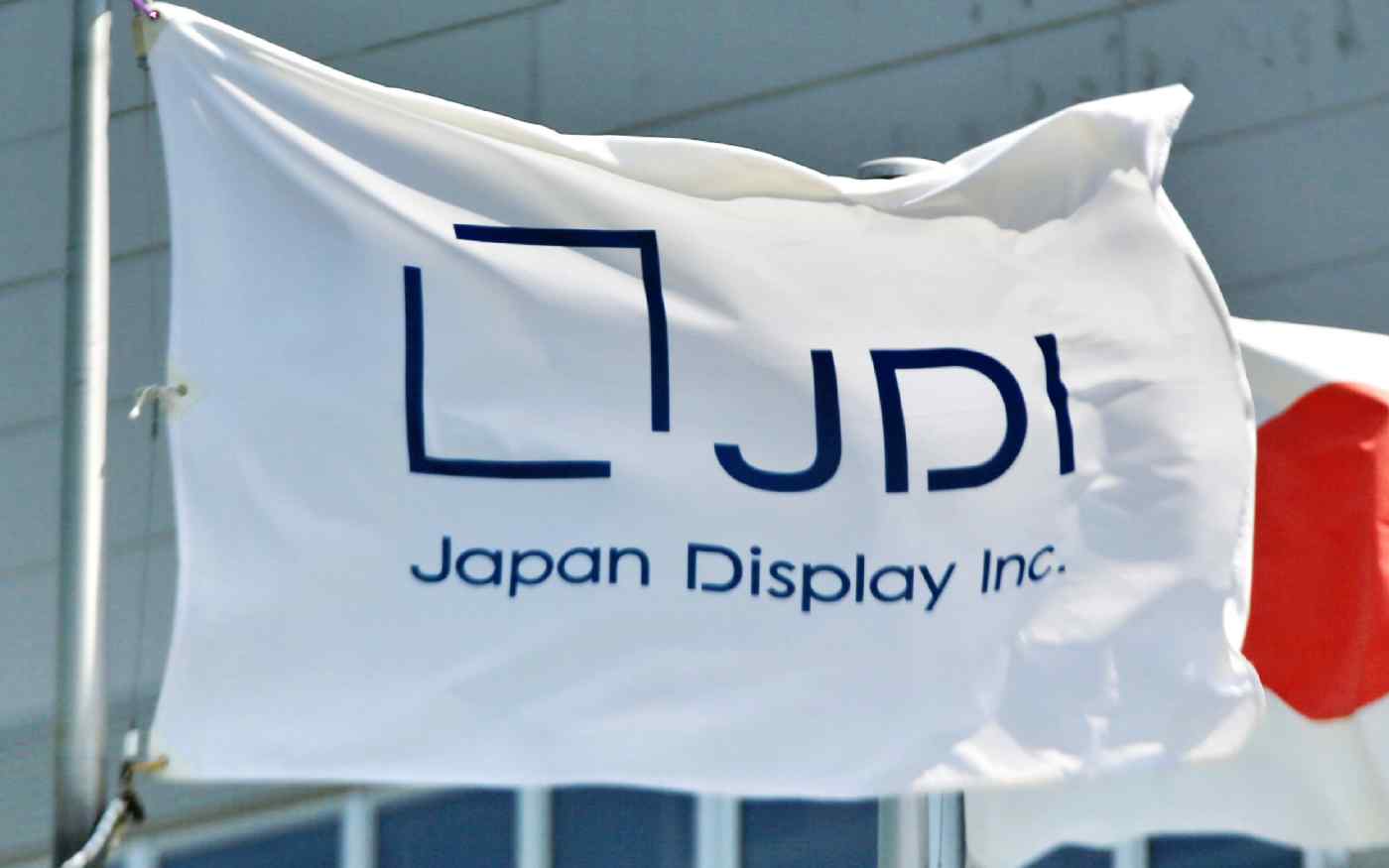 Japan Display expects to firm up the deal at a board meeting to be held by April 8. (Photo by Ken Kobayashi)
SHINICHIRO IBUSUKI, HIDEAKI RYUGEN and SAKI MASUDA, Nikkei staff writersApril 3, 2019 18:19 JSTUpdated on April 4, 2019 03:28 JST | Japan
CopyCopied

TOKYO -- Japan Display has agreed to receive a bailout of up to 80 billion yen ($717 million) from a Taiwanese-Chinese consortium, sounding the death knell for Japan's once-vibrant display industry.

Initially hailed as the key to restoring Japan's competitiveness in the field, the country's last big panel maker is now falling under foreign control after failing to keep up with rapidly rising rivals from China and South Korea.

Japan Display said Wednesday that it plans to formalize the arrangement, which will provide the funding in various forms including equity, at a board meeting to be held early next week.

Once the deal is complete, the consortium -- Taiwanese electronic component maker TPK Holding, Taiwanese financial house Fubon Group and China's Harvest Fund Management -- would replace Japanese public-private fund INCJ as the top shareholder with a stake close to 50%. INCJ's voting stake will be diluted to about half of its current 25.3%.

Japanese players dominated in display panels beginning in the 1970s, when Sharp succeeded in mass-producing liquid crystal displays for calculators. More than 10 major Japanese electronics companies were involved at the industry's height.

But South Korean and Taiwanese players quickly wrested control of the market in the 2000s through aggressive investment, squeezing Japan's share to about 20% by the middle of that decade. 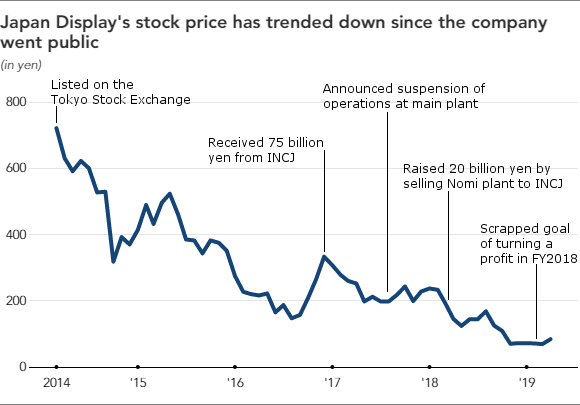 Japan Display was created in 2012 through a merger of Hitachi, Toshiba and Sony's LCD operations as part of a government-led attempt to restore Japan's competitiveness in the field. INCJ's predecessor took 70% ownership of the new venture for 200 billion yen, which Japan Display then used to set up a cutting-edge production facility in Chiba Prefecture.

Still, the company is struggling. Sales appear to have plunged by one-third from 1 trillion yen just three years ago. Display prices have fallen as government-backed Chinese players flood the market, keeping the company from turning a profit.

"LCDs are now widespread, and it's not an industry where Japanese companies can compete based on their technological prowess," an official from Japan's Ministry of Economy, Trade and Industry said.

Japan Display, like its compatriots, also fell behind on organic light-emitting diode technology. South Korea's Samsung Electronics, for example, began using these more flexible displays in its Galaxy phones early on, leveraging its position as the world's largest smartphone maker to ramp up scale and drive down costs. Japanese companies had begun developing OLEDs, too. But they delayed in commercializing the screens, confident that liquid crystal displays would only be replaced by better LCDs.

This backfired when Apple, which makes up half of Japan Display's revenue, decided to adopt OLEDs in new models released in 2017. Combined with the flop by an LCD-equipped model released last year, the panel maker has been forced to spend over 140 billion yen to lay off workers and streamline facilities.

The Taiwanese-Chinese consortium plans to use Japan Display's technology to build an OLED factory in China, tapping government subsidies aimed at promoting Chinese panel production. This will likely mean further cuts to Japanese workers and facilities.

But it is unclear whether the bailout will come to pass. Because Japan Display is a major Apple supplier, the Committee on Foreign Investment in the U.S. could block the deal on national security concerns. The watchdog in November expanded its oversight to 27 key industries, like semiconductors, amid growing concern over Chinese acquisitions of American businesses.

Japan Display believes there should be no problem. But the lack of clear criteria for what constitutes a security concern leaves CFIUS with room for discretion.

The CFIUS also could launch an investigation into whether the consortium's members have ties to the Chinese government.

"Because the companies involved have complex structures, a probe like that would take some time. This won't be a deal that will get easily approved," said Michihiro Nishi, a lawyer focused on international corporate transactions.