Kewpie falls hard in US, gains traction in China

TOKYO -- Kewpie, whose mayonnaise made it famous in Japan, is both succeeding and struggling overseas.

Its China operations are going well, but a North American unit has a big problem.

The operating loss at an egg whites powder business in North America is expected to swell so much that it will eat up half the profit made by the company's Chinese operations. 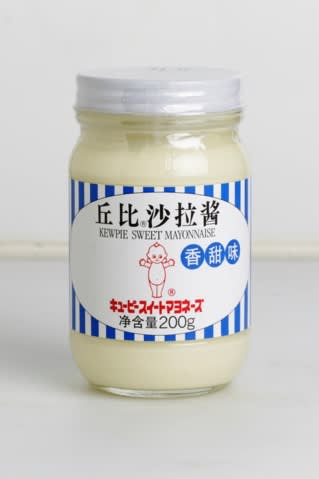 Kewpie sells a sweet version of its mayonnaise in China.

In its earnings announcement on July 3, Kewpie lowered its forecast for the year through November. It now expects a consolidated net profit of 17.4 billion yen ($155 million), up 2% from the previous year. The company's previous estimate was 18 billion yen, which represented a 5% gain from its previous fiscal year. The average market forecast was more than 19 billion yen.

The day after the new numbers were announced, the company's share price lost 7% in trading on the Tokyo Stock Exchange. Investors, once convinced the company could produce relatively stable earnings, now appear wary.

It was the second time in three months for the company's share price to plunge. Investor disappointment mainly stems from the company's North American business.

Of Kewpie's expected sales of 560 billion yen for the current fiscal year, 41.7 billion yen is to come from overseas.

Sales at its powdered egg business in North America are expected to total 4 billion yen, yet an operating loss of 1.2 billion yen is also seen.

The U.S. division purchases eggs from suppliers, separates the whites and turns them into powder. This powder is then sold to food processors, who use it in confectioneries, hams and sausages.

Egg white demand has been soaring, particularly in the U.S., where people are becoming more conscious of their diets. The boom has caused egg prices to rise and rival products from Europe and other regions to be flown into the country, Kewpie said.

The company said an "unexpected" event that erupted in 2015 -- an avian flu outbreak -- also took a toll by decimating supplies of chicken eggs, making them cost even more. Consequently, clients switched to soy protein, the company said.

The egg price now remains at one-seventh of its peak level; the profitability at the Kewpie's white egg powder business has rapidly deteriorated. "We assumed that the business will recover a little in the fiscal second half," Kengo Saito, the company's director said.

Saito added that the situation is worse than it had been expected.

The company has spent the past 20-plus years steadily promoting its brand by holding in-store tasting events and proposing recipes that call for its mayonnaise and dressings. These efforts now seem to be bearing fruit, albeit slowly.

The company opened a third China plant in March, in Jiangsu Province, and the Chinese government has even recognized Kewpie as a famous brand.

Until now, Kewpie has kept setting profit records by reducing the number of money-losing products and boosting overseas earnings, mainly in China.

The company hopes to bring its North American egg products business to the break-even point by the year ending November 2018.

"If there is no prospect for improvement, we will consider various options," President Osamu Chonan said.

First, though, the company will overhaul the system it uses to buy eggs. It also intends to expand sales of its sesame dressing in North America at big retail chains.