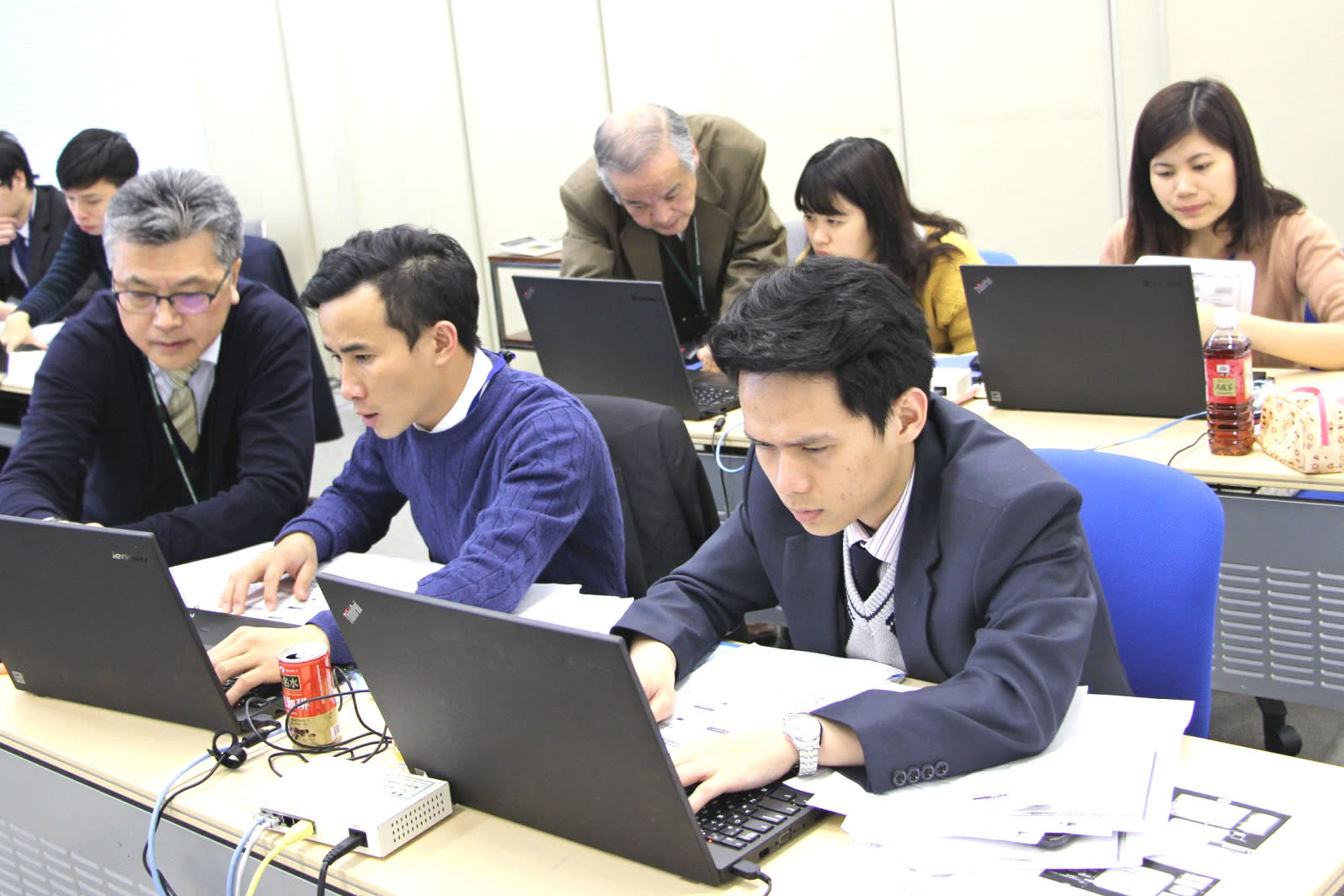 Vietnamese engineers learn programming and other skills in Japanese.

TOKYO -- Japanese and Vietnamese technology outsourcing companies have joined hands to send engineers to Japan's workplaces in an effort to ease the country's serious manpower shortage.

Japan's Toppan Forms is partnering with FPT Software, a leading Hanoi-based outsourcing company for software development, and planning to send some 100 engineers from Vietnam to its Japanese clients over the next three years.

Toppan Forms specializes in handling the issuance of integrated circuit cards and reward cards, as well as the digitization of paper-based ledgers and documents, on behalf of its clients. Through its subsidiary, Toppan Form Operation, the company plans to send Vietnamese engineers to perform system operation, maintenance and other tasks outsourced from banks, manufacturers and retailers, such as convenience stores. Vietnamese engineers will be paid at the same level as their Japanese peers, around 300,000 yen to 400,000 yen ($2,610 to $3,480) monthly. The first group of eight programmers and system engineers, who are set to complete training this month, will soon be assigned to offices in Japan.

Toppan Forms believes Vietnam is an ideal partner because "People there are typically earnest and enthusiastic learners who want to improve their skills," a company official said. In addition, finding skilled Vietnamese engineers is easier than recruiting people from India and China, because Silicon Valley is overwhelmingly stronger in attracting talent from those countries.

System engineers generally follow development from designing to testing and are required to be capable of close communication with clients and colleagues. To work in Japan, they need to be fluent in Japanese.

The program's criteria for eligible college graduates include Japanese fluency at a level in which a person can handle simple business conversations, or roughly a level three, out of five, on a popular Japanese-language proficiency test.

FPT Software is in charge of hiring graduates from local colleges and providing them with nine months of training that covers programming and basic business skills, among others.

After that, engineers will be dispatched to Japan and spend another month for training provided by Toppan Forms Operation. The Vietnamese workers will learn the same content as their Japanese peers in the local language, including system operation studies and hands-on experience with actual machines.

After completing the training in Japan, engineers will be assigned to work at clients' sites performing system operations and other tasks. Even after being given an assignment, Toppan Forms Operation will provide follow-up training to update the Vietnamese workers' skills and knowledge.

In addition to language hurdles, there are gaps in typical behaviors and mindsets between Japanese and Vietnamese people -- Japanese, for example, are often hesitant to express their intentions directly. During the training, "We try to communicate with each other as clearly as possible," said Shunji Maruyama from Toppan Forms Operation. Learning about compliance is another focus of the training, because Vietnamese workers are often unfamiliar with Japanese compliance practices, according to Maruyama.

Amid surging demand for IT systems, it is becoming more difficult to hire skilled engineers. According to an estimate by the Ministry and Economy, Trade and Industry, Japan will face a shortage of 369,000 IT engineers in 2020.