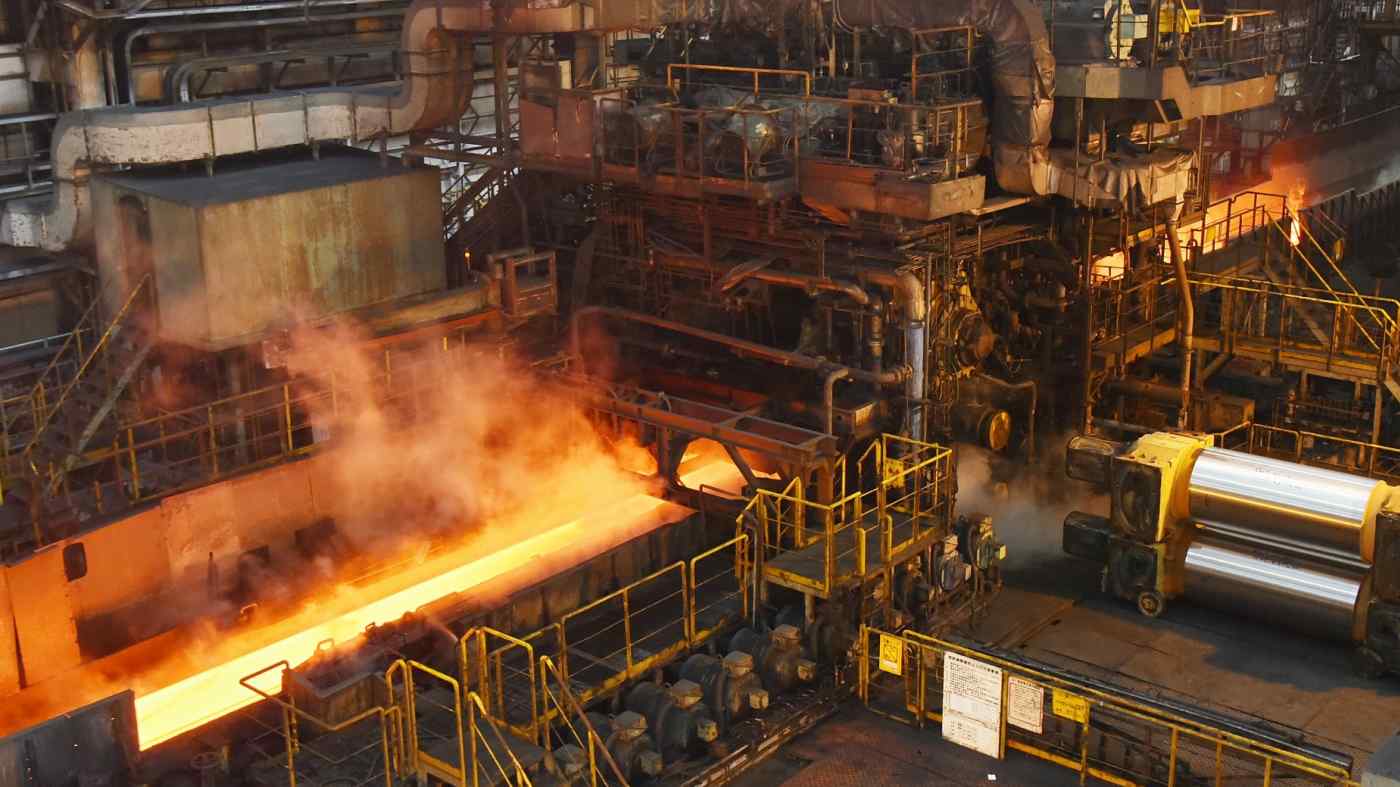 TOKYO -- Japan's top steelmakers will not raise base pay for the first time in seven years as the protracted trade war between the U.S. and China squeezes global demand.

Nippon Steel, JFE Steel and Kobe Steel will inform unions of their decisions Wednesday. The decision by the steel groups, which also will not offer raises in fiscal 2021, could impact wage negotiations in other industries as well.

But the steel industry is facing sluggish demand from automakers and other manufacturers as the global economy slows, while China, the world's top producer, boosts output to lift an economy battered by the trade war. Prices of iron ore, the primary raw material, also remain high.

Nippon Steel is taking on major streamlining efforts, like shutting down its Kure works in Hiroshima. With impairments, the company is expected to book a record net loss of 440 billion yen for the fiscal year ending this month. JFE Steel and Kobe Steel have also taken earnings hits. All three companies believe a recovery could take time, especially with the growing coronavirus outbreak.

The steel industry is grappling with a labor shortage and with passing on know-how as many of its workers retire. Management likely gave these challenges some consideration, but were reluctant to raise base pay, which increases fixed costs.

Steelworkers account for half the members in the Japan Federation of Basic Industry Workers' Unions, which also includes labor groups for shipbuilding and heavy industry. Including nonunion workers, the steel industry employs over 200,000 in Japan.

The decision in such a key industry bodes ill for wage negotiations in other industries. The Toyota Motor Workers' Union is asking for a 10,100 yen monthly raise, or less than the compromise it reached with the automaker last year.