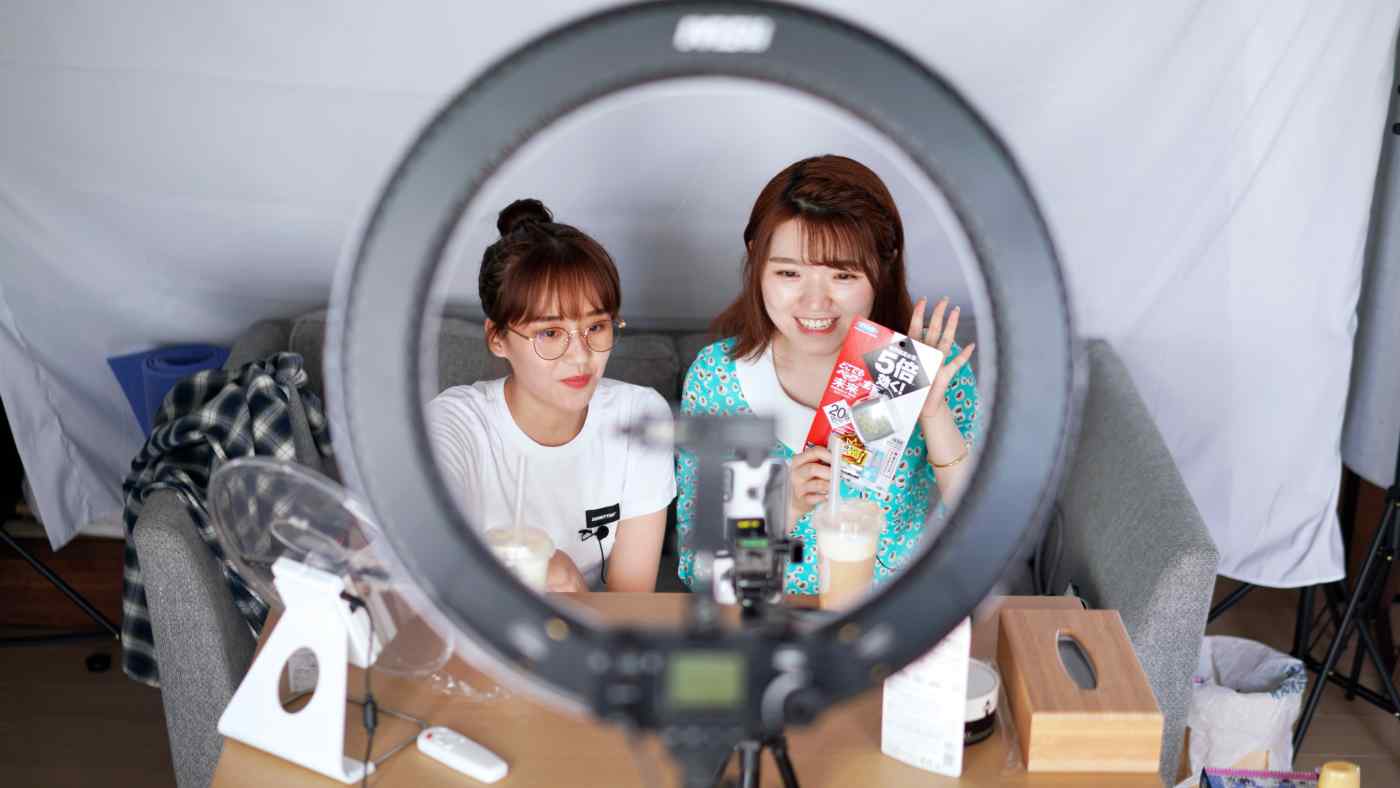 TOKYO -- Some of Japan's biggest e-commerce companies have shut down features that let sellers hawk their products online in real time, even though the "live commerce" trend has taken off in China.

Yahoo Japan, which runs a shopping site, announced in May that it will end its live commerce function by June, although it has since extended that deadline. Base, which helps users set up e-commerce sites, ended its live commerce service in March. Mercari, a popular marketplace for secondhand goods, shut down the function last year.

Rakuten, which runs one of Japan's largest e-commerce sites, still offers the service through its livestreaming app. But the app remains far less popular than its core online shopping site, with most broadcasters having only a few dozen viewers.

Live commerce lets sellers showcase their products and interact with shoppers using their smartphones. The trend has taken off in China as it hooked people forced to stay home due to the coronavirus outbreak. Major e-commerce services like Alibaba Group Holding's Taobao and its rival JD.com, as well as video-streaming services like Douyin, the Chinese version of TikTok, are jostling for market share.

But its struggle in Japan is a cautionary tale for companies betting that the trend can be replicated globally. Interviews with participants indicate that live commerce has fallen short of becoming a must-have function for sellers, buyers and the e-commerce operators.

Akira Takeuchi, who sells health food on online platforms like Mercari, said holding live commerce events helped him attract loyal customers and sell multiple products for each shopper. He made as much as 250,000 yen ($2,340) on a live commerce event on Mercari, equal to about two days' worth of sales.

But Takeuchi also encountered technical glitches during some streaming sessions, and worried that the issues left a bad impression on shoppers. "I would work hard to gather 100 viewers, then it would suddenly drop to zero because of some trouble in the connection." He said he believes e-commerce companies ultimately chose to end the functions instead of investing in additional server capacity.

Mercari said the live commerce function was halted to "concentrate the group's resources."

Rika Murata, who has held hundreds of live commerce events introducing her company's female care products, said she was "a bit shocked" by the abrupt end of live commerce features. The online events not only contributed to sales but became a place where she could interact with female shoppers and learn about their concerns.

Murata has since adapted by switching to livestreaming events on photo-sharing app Instagram. While it does not offer shopping functionality, she said Instagram's design is "more user-friendly." She now uses social media actively to attract shoppers to the company's online shopping site.

A Yahoo spokesperson said it had planned to end its livestreaming service "after taking into account its usage." However, the company is now reconsidering the plan.

The struggle of local internet giants to build popular live commerce services has prompted new entrants like Taiwan's M17 to take a crack at the market. M17, known for livestreaming app 17Live, last year launched HandsUP, which offers live commerce services to merchants for a monthly fee as well as a cut of their sales.

"A typical user visits e-commerce sites looking for a specific product, not a specific shop," said Hirofumi Ono, CEO of 17 Media Japan, the M17 unit that operates HandsUP in Japan. "Live commerce is about being interested in the flow of information. The consumer behavior between the two services is clearly different."

HandsUP has recently attracted corporate users like Laforet HARAJUKU, a shopping complex in Harajuku, as retailers turn to virtual shopping to offset a decline in visitors amid the pandemic.

"Those who have logistics, inventory, knowledge about their products and fans of those products have an advantage in live commerce," Ono said. "We will be focusing on cultivating those customers."

Tatsunori Kuniyoshi, an analyst at Euromonitor International, said Japan's lack of a "one-stop app" for shopping makes it difficult for sellers to attract a large number of shoppers in a live commerce event. "But there is a possibility that it will become popular in the long run, as the stay-at-home trend prompted by the coronavirus pandemic speeds up the adoption of online channels."

Yuya Katsuta, a manager of several leather accessory stores, started live commerce in early May after the number of visitors plunged. Even though shoppers have recently returned to the stores, he plans to continue holding livestreaming events.

"There are customers who watched the video and then came to the stores" to try out the company's slim leather wallets, Katsuta said. "It is a good way to introduce our products."