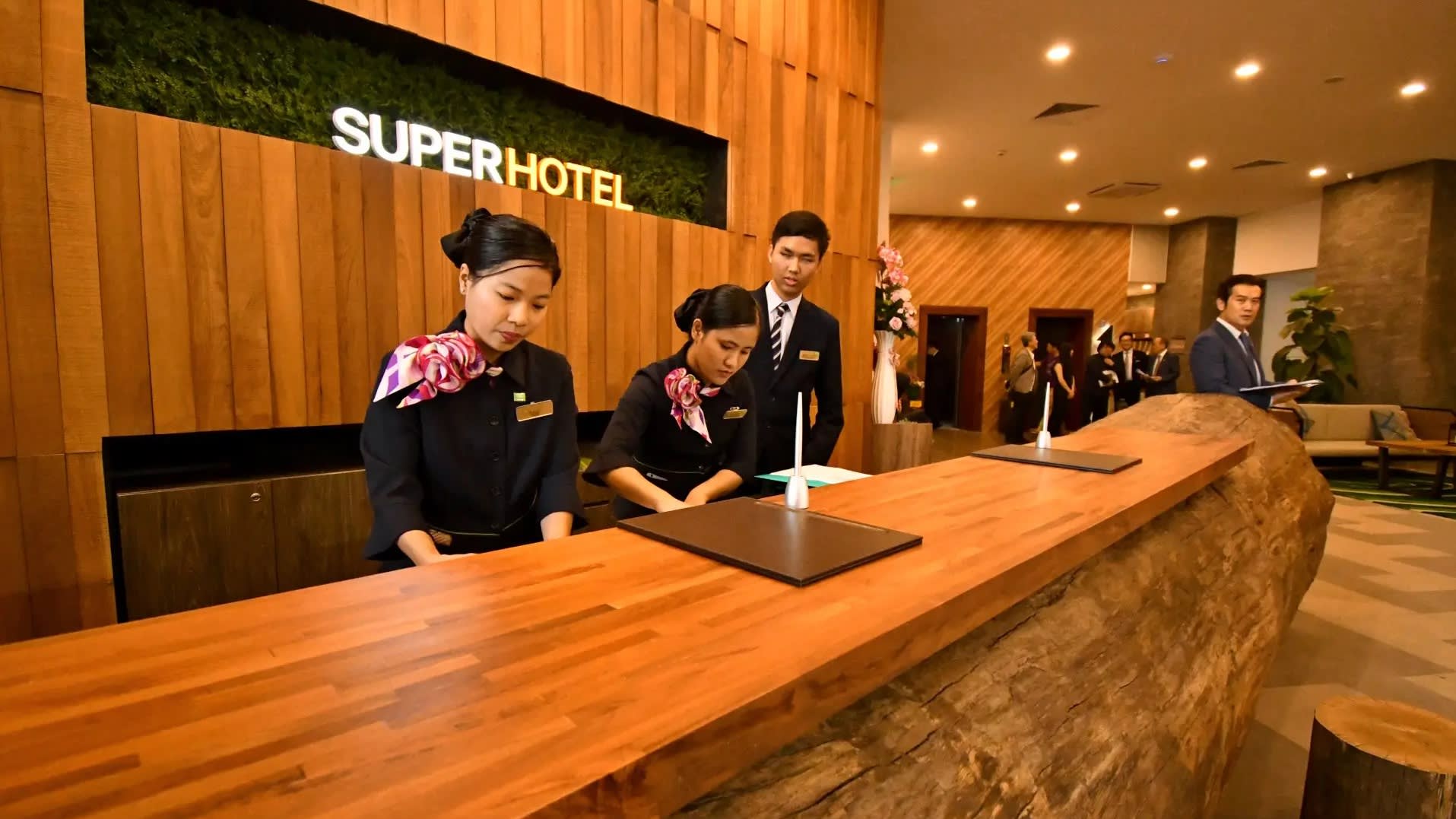 The front desk of Super Hotel's new location in the Thilawa Special Economic Zone was made from a giant log. (Photo by Yuichi Nitta)

Thilawa's development serves as the centerpiece of Japan and Myanmar's public-private partnership to improve the Southeast Asian country's economy. The industrial park opened in 2015 with 105 tenants committed to moving in. Super Hotel Myanmar Thilawa is the only full-fledged commercial facility at the site, however, amid lagging construction in the residential and commercial area adjacent to the industrial area.

The four-story hotel cost about 1.5 billion yen ($13.5 million). The recently opened property consists of 129 rooms, mostly with single beds. Some are furnished with small kitchens for long-term guests. The wood interior, including the front desk made from a giant log obtained locally, provides a calming atmosphere.

The Thilawa location is the Osaka-based business hotel chain's second facility in Myanmar. The first opened in Yangon in 2015.

"We want to open one hotel a year," Chairman Ryosuke Yamamoto told reporters here, anticipating greater demand from both industry and tourism.

The market is tricky, however.

"Prices were lower than initially expected after opening our first location, and we were forced to change our business plan," Yamamoto said. "We want to develop talent first and be patient about expanding our operations."

Future hotel developments primarily will be franchises run by local owners, rather than direct investments, the company said.