An aging and shrinking population has hit Japanese companies, particularly those in the countryside. Aono is based in Shizuoka, an area close to Mount Fuji. But unlike many other Japanese companies that have sought business opportunities overseas by moving or expanding away, Aono is investing in Mongolia in areas that have little relation to its main business, such as the leasing of heavy machinery for mining, greenhouse cultivation of vegetables and dairy farming.

The leasing service will start in 2020. It plans to rent five Japanese-made used power shovels and lease them to coal mining companies. Aono is also developing a gold mine in Mongolia and will use the machinery for excavation and will lease them out during the winter when the mine shuts down.

Aono Group already has five subsidiaries in Mongolia, with a total of 300 employees. It grows wheat and corn on its own land of 8 million sq. meters and breeds 3,000 mutton sheep. It also offers financing services. Combined sales from its various businesses in Mongolia will be 300 million yen ($2.7 million) in fiscal 2019 and are targeted to rise to 500 million to 1 billion yen in five years.

Apart from Aono Freshmeat, Aono Group has other companies in the city of Shizuoka, including Aono Farm, a hog farming operation, and Shizuoka Meat, a wholesaler of unprocessed and processed meat for commercial use. The whole group saw sales of 20 billion yen in fiscal 2018. 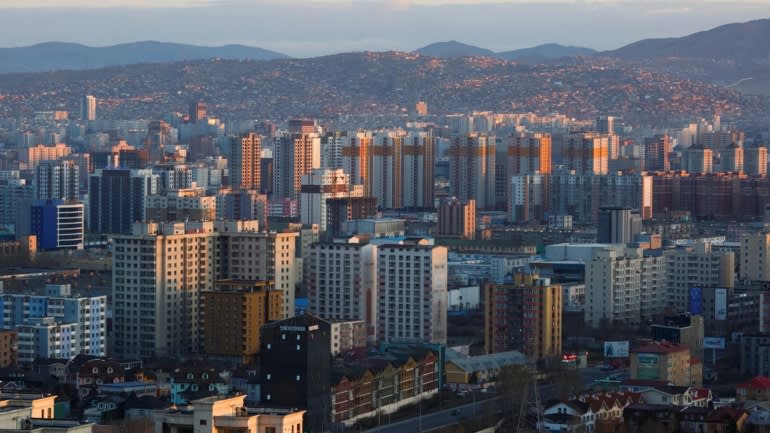 Aono Group began its foray into Mongolia in 2015. "If we want to survive, we must make inroads into overseas markets," said President Hiroshi Aono then. He saw potential in the Mongolia, having worked with a Mongolian.

He toured Mongolia with the friend in around 2009, making a business plan together and established a local subsidiary in 2015. Mongolia "has a large population of young people as well as a market that has not matured yet," he said then.

Mongolia depends heavily on agriculture and mining, and natural resources such as copper and coal account for a large share of exports. This makes Mongolia particularly vulnerable to fluctuations in the prices of natural resources.

The country missed repayments of its foreign debt from 2016 to 2017 due partly to restrictions on foreign capital inflow implemented by the government. It got out of the crisis in 2017 with the aid of the International Monetary Fund, the Asian Development Bank, the World Bank, as well as countries such as Japan, South Korea and China.