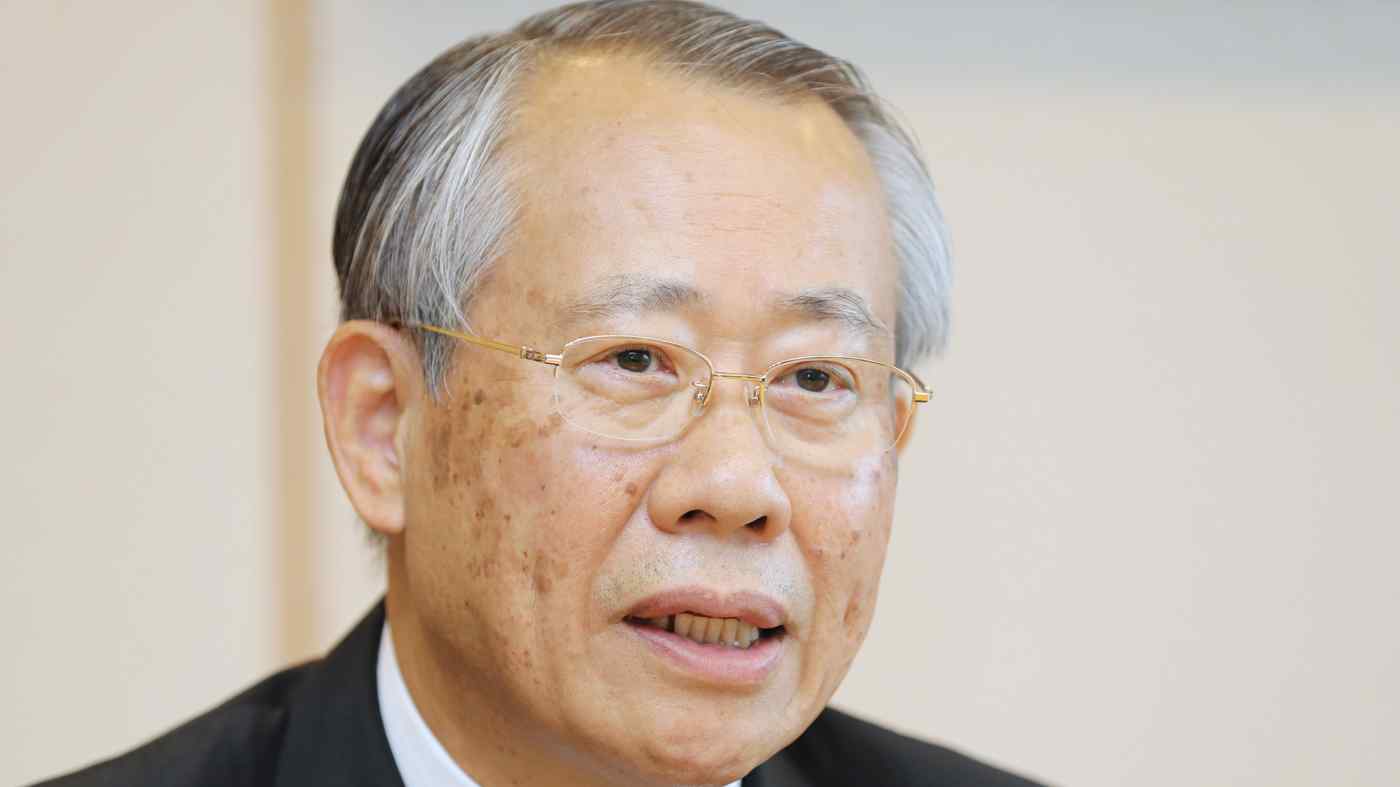 TOKYO -- Japan's NHK seeks to transform itself from just a public broadcaster to a "public media company," said President Ryoichi Ueda, who called bringing together television and other media, particularly the internet, a "major management challenge."

NHK intends to begin broadcasting programming simultaneously on television and the internet in 2019, the year before the Tokyo Olympics. With so many media formats available, "we need to widen the range of viewing opportunities to satisfy viewers and the public," Ueda argued Thursday in an interview with The Nikkei and other media outlets.

The broadcaster levies mandatory fees on viewers to fund its operations. An advisory committee set up by NHK to examine this system submitted a report Tuesday finding that a similar charge for live-streamed programming would be appropriate. "I'd like to make clear NHK's thinking as quickly as possible," Ueda said.

NHK faces a number of hurdles to online simulcasting, including investing in the necessary systems and sorting out copyright issues. It must also deal with objections from commercial peers.

Ueda would like to move toward simulcasting before his term ends in 2020, but "that's just my personal view, so I can't tackle it head-on," he said. "I'd like to explain it properly to commercial broadcasters and other related parties and get their assent."

The fee committee's advice is premised on online streaming, prompting criticism that discussion of NHK in its primary role as a public broadcaster has fallen by the wayside.

Many media companies, including commercial broadcasters, worry that NHK will use its deep pockets to expand its online presence, crowding out private-sector players. The public broadcaster received 676.9 billion yen ($6.07 billion) in license fees last fiscal year. This is nearly double the 374.5 billion yen in broadcasting-related revenue logged by top private-sector earner Nippon Television Holdings and dozens of times what regional broadcasters make.

Some worry that as NHK seeks to become a diversified media company, it could end up expanding into the internet business, moving beyond its original remit of transmitting basic broadcasting "far and wide throughout Japan."

Tadanobu Sakamoto, an executive director, drew flak from commercial broadcasters for a comment this month in which he positioned simulcasting as a "core business" for NHK in the future. Ueda sought to clear the air in the interview, warning against allowing out-of-context quotes to take on a life of their own.

Asked about lowering TV license fees, the president said he hopes to return money to consumers "if there's fiscal leeway after taking 4K and 8K broadcasting and the future decline in the number of households into account." NHK's medium-term plan for fiscal 2018 through fiscal 2020 will include looking into reducing the fees, Ueda said.

The push for lower fees may gain momentum if the broadcaster begins streaming programming online and charging even households that lack TVs.

Simulcasting would require revising existing law, while any adjustments to the license fee system must be approved by the legislature. Ueda argued that the legal changes would be an extension of NHK's efforts to demonstrate the need for a trustworthy public broadcaster, citing the fight against fake news.