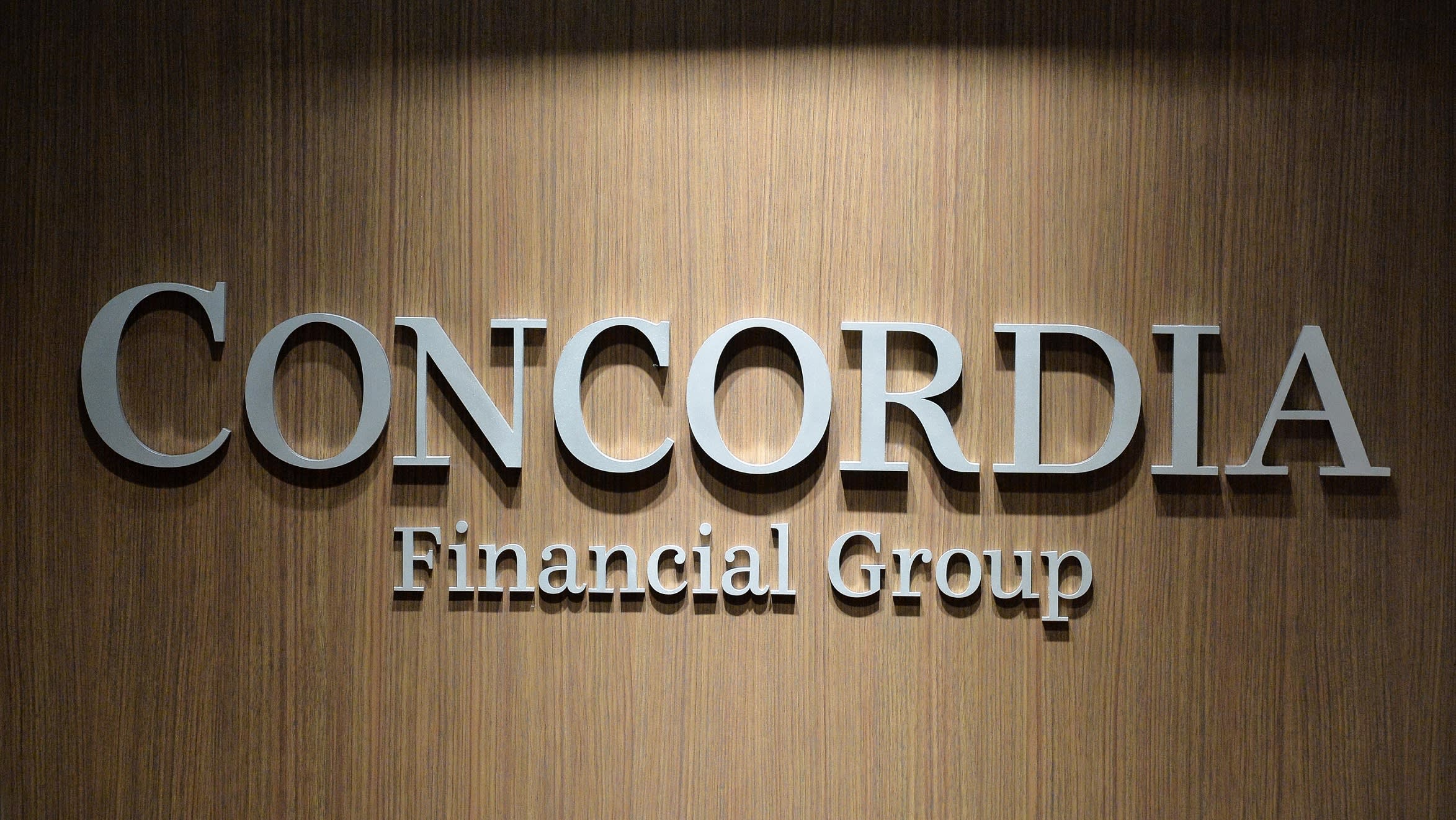 Concordia Financial Group underwent a fierce internal struggle to oust two former members of the Ministry of Finance from its board.

TOKYO -- Management at Concordia Financial Group, Japan's biggest regional banking conglomerate, will no longer be controlled by retirees from the Ministry of Finance -- for the first time in nearly seven decades for subsidiary Bank of Yokohama.

The move spells the end to the group's practice of retired bureaucrats landing cushy jobs at the entities they once oversaw. It also addresses the increasingly tough times that banks are facing under the Bank of Japan's negative interest rate policy.

The change in management, which will see two former members of the Ministry of Finance leave the group in June, came after a fierce internal conflict that had career bankers opposing continued influence by the ministry.

Under the new system, career bankers -- instead of retired ministry officials -- will lead Concordia and its subsidiaries, Bank of Yokohama and Higashi-Nippon Bank.

An initial proposal replaced Concordia FG's current president Tatsumaro Terazawa with Kenichi Kawamura, Bank of Yokohama's president, and retained Michito Ishii, the group's vice president. It also named Terazawa as chairman and head of the board.

Terazawa hails from the Ministry of Finance. After serving as the National Tax Agency chief, he joined Bank of Yokohama. Ishii, who joined Higashi-Nippon Bank, followed a similar career path.

The proposal was discussed in late December by a Concordia committee comprised of outside directors.

A Concordia official said that even under Kawamura's stewardship, governance of the group would not change since Kawamura could be comprised by the two former ministry officials.

Although senior career officials at Bank of Yokohama were upset by the proposal, it seemed that the issue would die down, as Terazawa had sought approval from the Financial Services Agency, the nation's financial services regulator.

But the agency raised concerns over Terazawa's move, with a senior FSA official suspecting that he had acted arbitrarily.

The agency -- originally part of the Ministry of Finance -- is spearheading changes in the corporate governance of regional banks, learning from the ministry's failed "convoy system," the practice of protecting the financial sector's weakest institutions from failure.

The FSA would likely have faced criticism of favoring Concordia were it perceived to be too closely associated with the group, something that the agency wanted to avoid.

Bank of Yokohama officials had mixed feelings. One official said that because Terazawa himself had appointed Kawamura as the bank's president, objecting to the initial proposal would be tantamount to "biting the hand that fed one."

At the same time, the bank's earnings have been squeezed by the BOJ's negative interest rate policy, making reform of its business model a pressing issue.

The situation changed suddenly in mid-March at an unofficial meeting of Concordia's leadership. In what a retired senior official from the Finance Ministry described as a coup d'etat, career officials at Bank of Yokohama opposed inclusion of Terazawa and Ishii in Concordia's top management. They even resisted appointing Ishii as the chairman of Higashi-Nippon Bank.

Ishii's role at Higashi-Nippon Bank was discussed at length during a Concordia board meeting on March 29. The four-and-a-half hour marathon culminated in an agreement that Ishii be appointed bank chairman under three conditions: He was not to engage in running the business; could not participate in management meetings; and would hold the position for only one year.

Higashi-Nippon Bank first accepted retirees from the Ministry of Finance in 1948 with Bank of Yokohama following in 1949.

During the years of Japan's rapid economic growth, many banks faced cash shortages due to high demand from corporate clients. This made it imperative to stay on good terms with the ministry, which had the authority to engage in fundraising and other activities.

It is also true that these two banks' strong dependence on the Ministry of Finance is what kept them from being acquired by so-called megabanks.

But times have changed.

At a news conference on March 30, Terazawa said, "We will have young officials with expertise in finance deal with the dynamic environment." Kawamura also expressed his willingness to seek realignment.