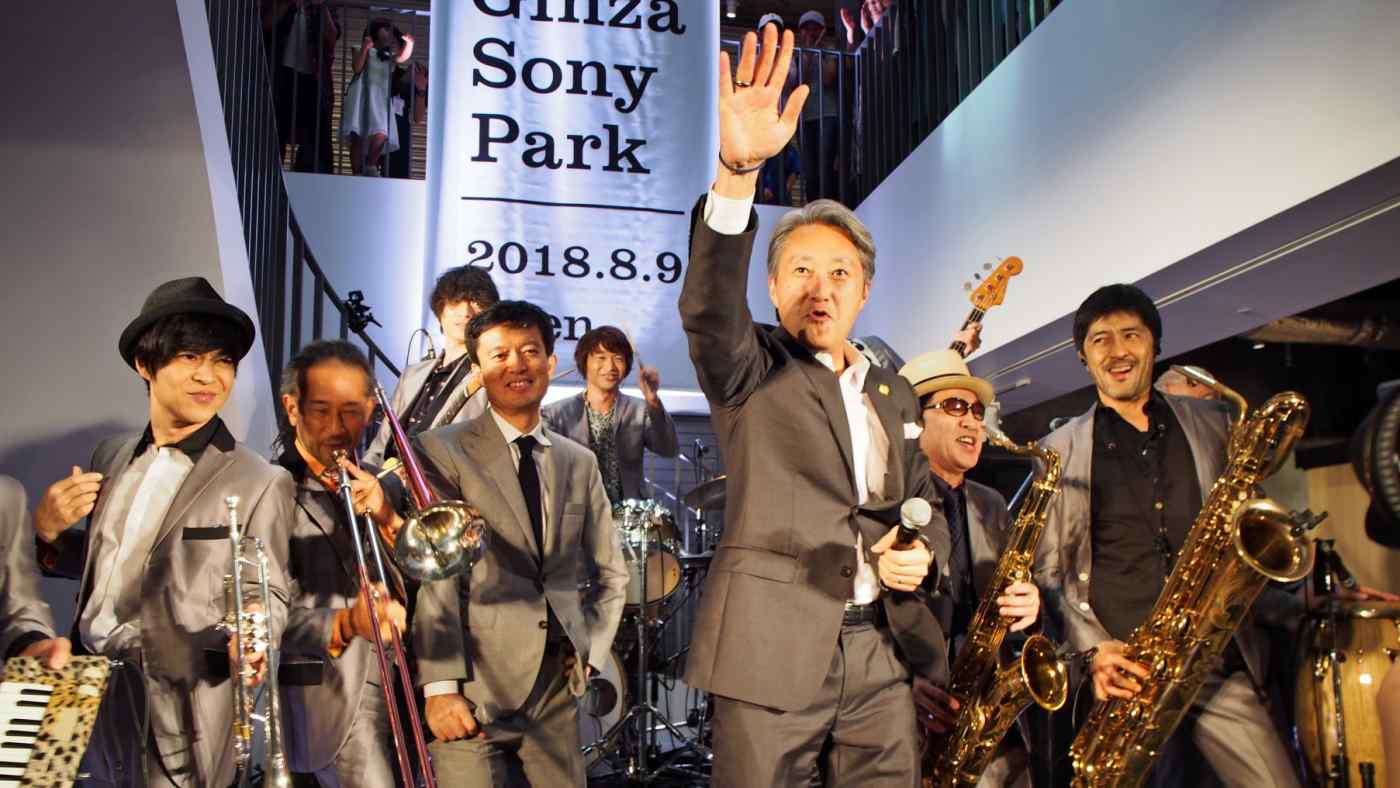 TOKYO -- Kazuo Hirai, the former CEO of Sony who got the cash-bleeding Japanese electronics giant back onto its feet and delivered its first record earnings in two decades, retired from the board Tuesday.

His seven years at the helm -- six as chief executive and the past year as chairman -- were a transformative time. Clad in a polo shirt and jeans, the laid-back Hirai breathed fresh air into a company often mired in internal power struggles.

Hirai was not your usual Japanese executive. Aside from his casual attire, programs from popular radio station J-Wave would be on in his office as he worked, playing American hit songs.

A car buff, he would take solo pleasure drives on days off to Sendai in the north or Nagoya in the west -- both more than 350 km from Tokyo.

Hirai was a young chief executive by Japanese standards. When he assumed the post in 2012, he was 51. He retired at 58, not far from the average age of 56.62 for freshman CEOs in Japan.

His resume is filled with twists and turns. Having spent time in California, New York and Canada in his earlier years, Hirai was a "returnee" student to Japan, better at speaking English than Japanese, a reputation that stuck even during his CEO days.

After graduating from International Christian University in Tokyo, he joined Sony's record unit CBS/Sony. He later moved on to the group's gaming unit Sony Computer Entertainment but did not work in Sony's mainstay electronics segment until a year before becoming CEO.

That he neither hailed from the electronics faction nor was an engineer -- the two dominant presences within Sony -- made him an unconventional choice for leader.

Even former CEO Nobuyuki Idei, known as a visionary leader, had trouble taming the proud engineers within the company. Some would openly rebel, saying, "We don't listen to amateurs on technology."

But outsider status may have helped Hirai as CEO. He had little reservation about downsizing the money-losing TV business and selling off VAIO computer operations -- decisions that could have torn an ex-engineer CEO.

Hirai's apparent indifference to titles and positions was also notable. When he became chairman last year, he handed all the reins, including the CEO position, to successor Kenichiro Yoshida. With Sony marking record earnings for the first time in two decades, it would have been natural for him to stay on as president or retain the CEO title when becoming chairman. Hirai did neither.

By the time legendary founders Masaru Ibuka and Akio Morita had retired in the mid-1990s, Sony was in endless squabbling among factions, draining precious energy needed to push ahead.

Hirai's fun-loving approach to work and life changed the atmosphere. Even the company's fussy alumni, known for criticizing incumbents, have fallen silent in recent years.

At International Christian University, returnees like Hirai were known as "oddball Japanese." Sony overcame its biggest crisis on this particular oddball's watch, but the once-shining corporate champion of Japan has a ways to go in returning to its past glory.

Sony's forward price-earnings ratio is 14 as of this week -- near the Tokyo Stock Exchange first-section average of 13.4. The company is still unexceptional.

Yoshida and his leadership team now face the challenge of breaking free from mediocrity and drawing up a new growth strategy.