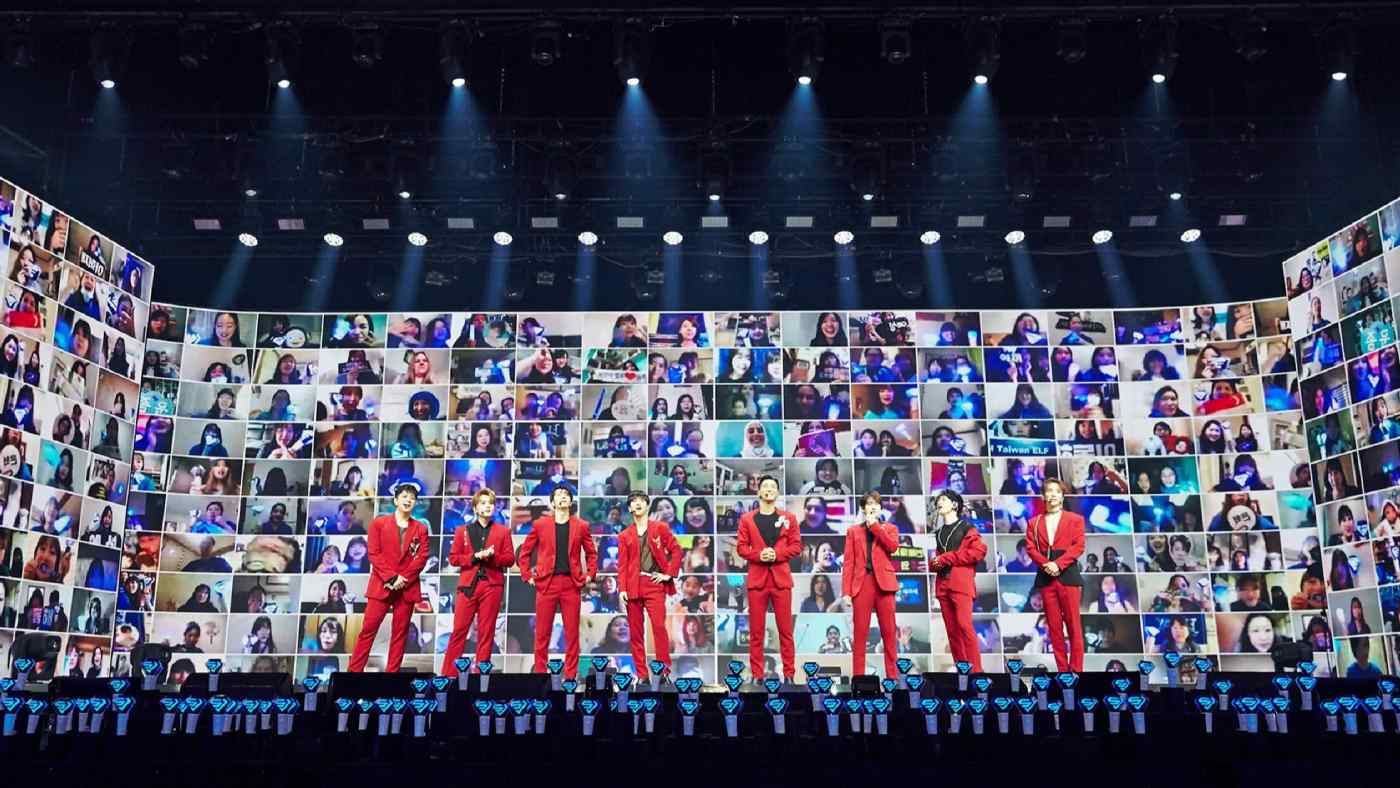 SEOUL -- When South Korean boy band Super Junior held a concert on Naver's V Live streaming service May 31, they performed to an empty hall. Instead, the stage backdrop changed to show video feeds from cheering fans around the world.