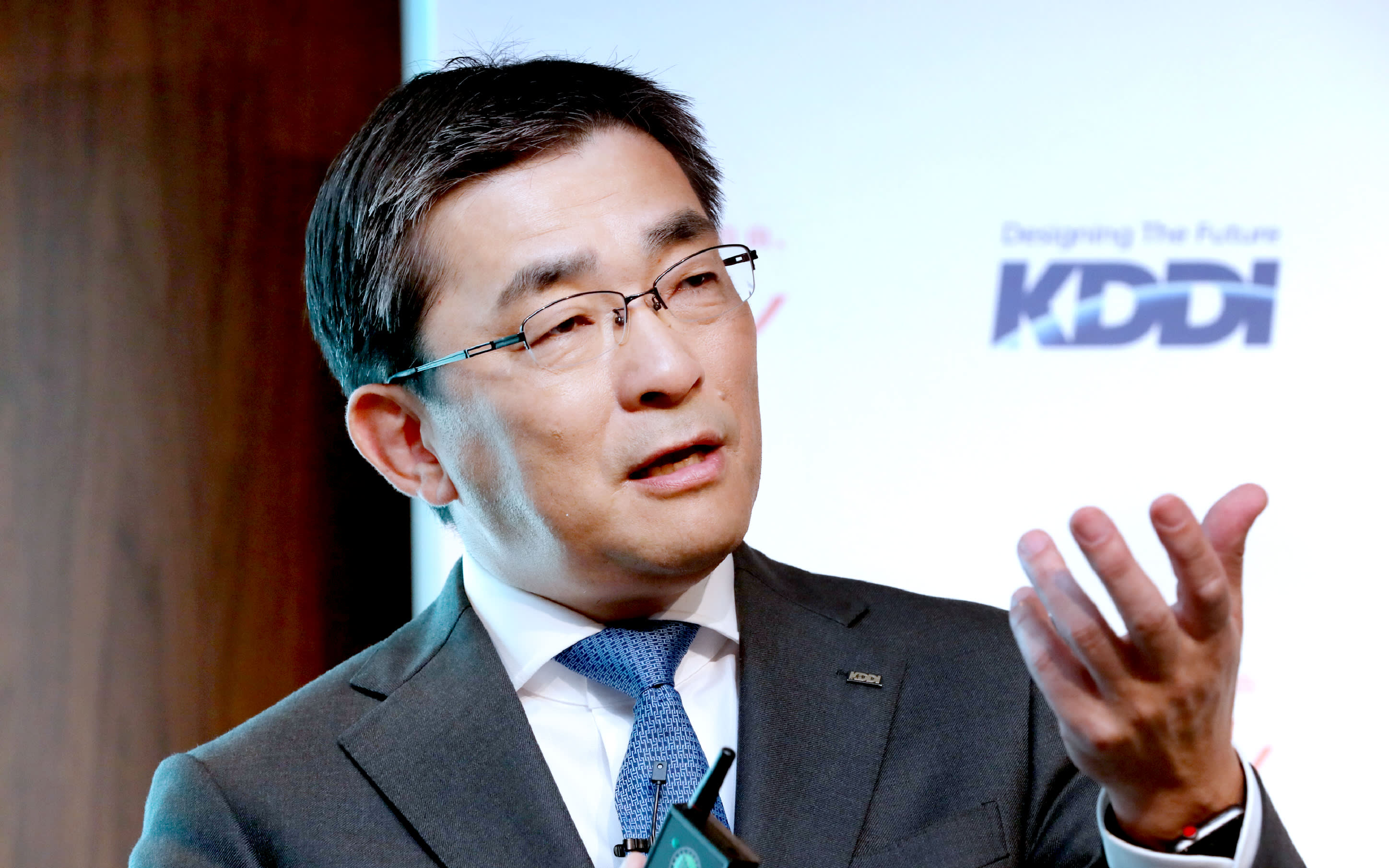 TOKYO -- Japanese telecom KDDI will establish a 20 billion yen ($186 million) fund to bolster investment in fifth-generation wireless service and other digital technologies, responding to encroachment into its domain by companies such as online retailer Rakuten.

KDDI intends to improve collaboration with startups developing technologies including 5G, the "internet of things" and artificial intelligence, President Makoto Takahashi told reporters on Thursday in Tokyo. The company will harness its communications network to expand these ventures and partner with them on such tasks as the development of next-generation services.

The telecom ranks as a leader among Japanese companies for investing in startups. KDDI operates two similar funds worth 5 billion yen each and bought internet of things venture Soracom last year.

"We will create services by having various businesses use our platform," said Takahashi, whose experience leading new operations helped him succeed Takashi Tanaka as president on Sunday. "The scope of KDDI's business would become limited alone."

KDDI also looks to send personnel and offer other support to help startups best use the telecom's assets.

But Takahashi aims for growth in other fields as well. He gave the company's first-ever target for sales outside the communications segment, saying, "I want to reach over half of Rakuten's sales," which total about 950 billion yen.

The company acquired Aeon Holdings, an operator of English-conversation schools, in January and partnered with Daiwa Securities Group in February to offer smartphone-based asset management. KDDI also plans to make fields such as entertainment a feature of its operations.

Companies are marching into each other's fields amid the growing competition to win customers by marrying new services with communications technology. Rakuten's recent moves prompted Takahashi's focus on new businesses. The retailer, already strong in e-commerce and finance, intends to add communications to its arsenal and widen the scope of its operations.

"KDDI is superior in terms of proximity to our customers," Takahashi said. "We will make preparations until Rakuten enters the industry."