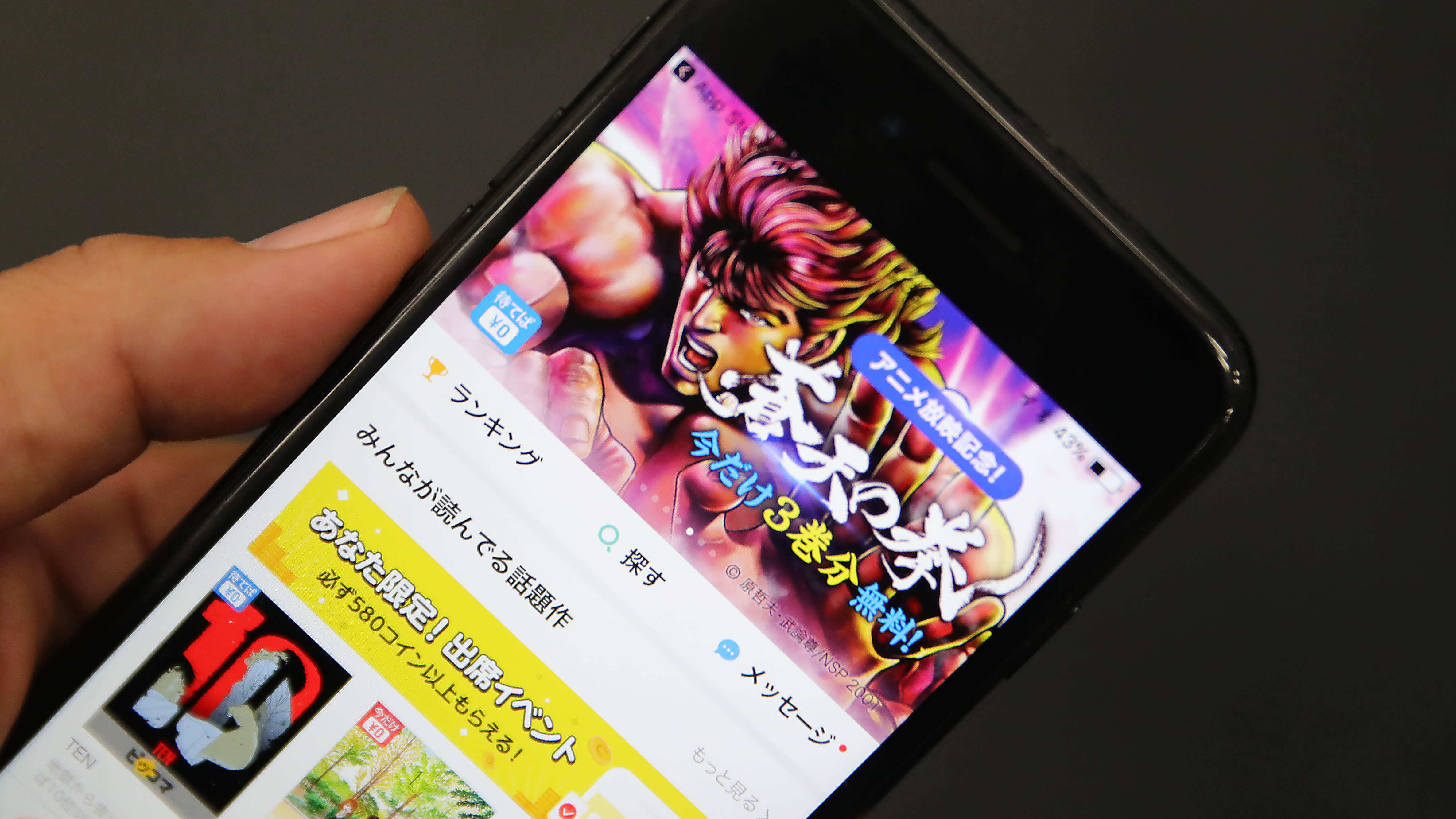 Kakao Japan's "Piccoma" streaming service will offer manga-based anime and dramas. The service targets viewers who watch videos on smartphones in short bursts, such as before going to bed or while waiting for trains.
YOICHIRO HIROI, Nikkei staff writerApril 25, 2018 11:35 JST | China
CopyCopied

Kakao Japan, a subsidiary of major South Korean internet company Kakao, was established in July 2011. The Tokyo-based company currently offers many digital comics through its Piccoma manga app for smartphones.

The company will start streaming new comics by young cartoonists in Japan, China and South Korea simultaneously this summer in partnership with internet companies in the three Asian neighbors.

It will also launch a video streaming app to offer anime and dramas based on manga. The company will also actively invest in "anime production committees," or consortia that fund anime production.

These plans were unveiled by Kakao Japan CEO Kim Jae-yong at a company event in Tokyo on April 17.

By stepping up its Piccoma-related businesses both at home and abroad, Kakao Japan "will build a business model linking manga and readers and enhance the power of manga," Kim said.

As the first step toward distributing comics by young manga artists overseas, Kakao Japan will solicit candidates in Japan, China and South Korea. After screening by officials in charge of the app, one comic will be chosen from each of the three countries.

These will be distributed simultaneously this summer. Kakao Japan has recently sounded its South Korean parent Kakao and major Chinese internet company Tencent Holdings about a possible collaboration. In addition to winning over manga artists wishing to have their comics distributed abroad, Kakao Japan wants to increase the number of unique offerings that its rivals do not offer.

Kakao Japan also formally announced that it will kick off a video streaming service called Piccoma TV to offer anime and dramas based on manga comics. The company hopes this will generate synergies with its Piccoma manga app.

As a starter, the live-action comedy "Saint Oniisan," based on the manga of the same name, about Jesus Christ and the Buddha living in the suburban Tokyo city of Tachikawa.

Kakao Japan launched Piccoma in 2016. The app allows users to read the first few episodes free of charge. Readers can read more if they pay a fee or wait for a certain amount of time.

The service has grown rapidly. As of April, cumulative downloads exceeded 8 million, and more than 1.2 million people use the service every day. The users are mostly casual readers, rather than hard-core manga fans.

The upcoming Piccoma TV video streaming service will use a similar fee structure to attract as many casual viewers as possible.

The content to be distributed through Piccoma TV can be viewed free of charge for 10 minutes before it stops automatically.

Viewers can pay fees to continue to view the content. Even if they do not pay fees, they can view a sequel for about 10 minutes free of charge after around 24 hours have passed.