Product gets insects to fly away without using volatile chemicals 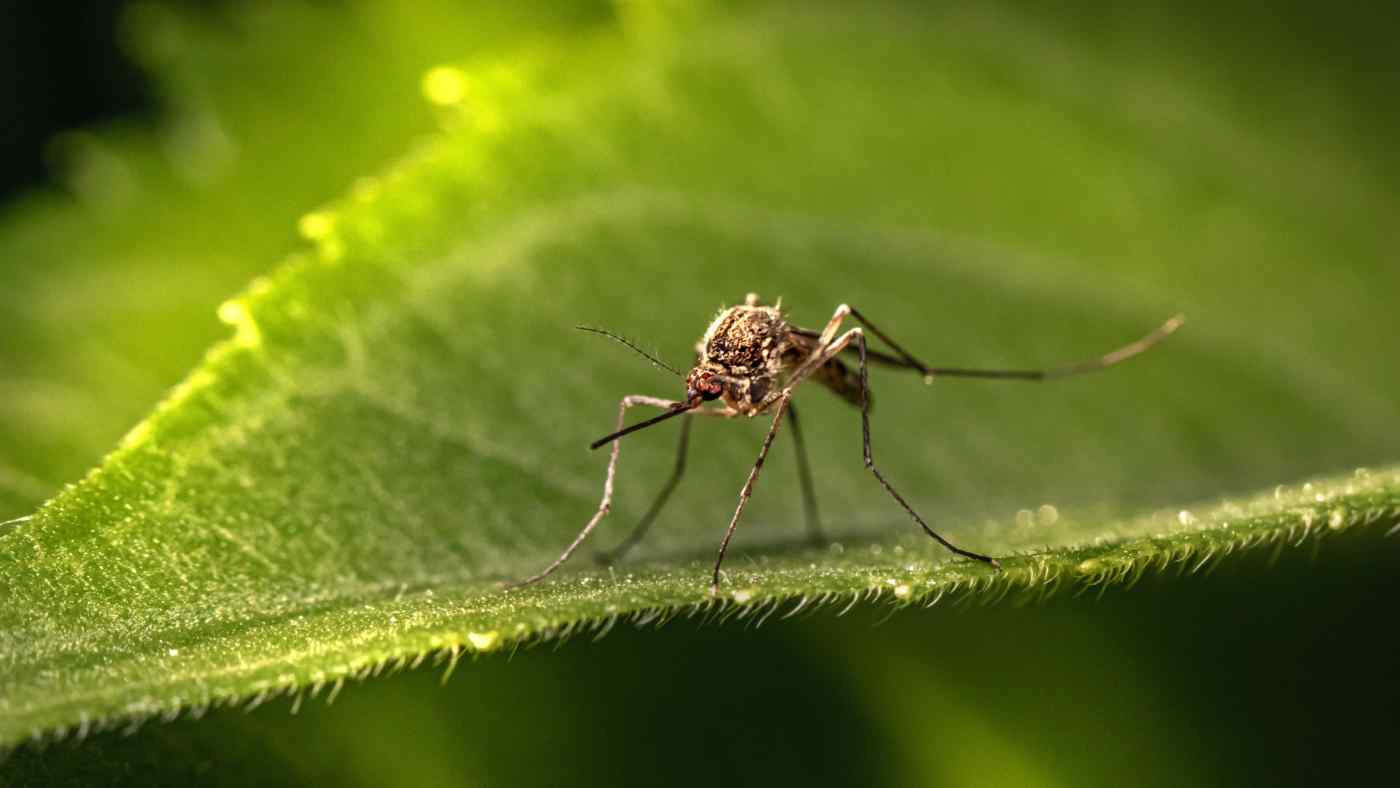 BANGKOK -- Kao has debuted a mosquito repellent in Thailand by applying technologies used in cosmetics to prompt the insects to fly away as soon as they land on the skin, the Japanese company said Wednesday.

The new cream is made from low-viscosity silicone oil, commonly used in cosmetics. When a mosquito lands on skin that has the product applied, it senses danger and flees, according to the company. The number of mosquito bites was reduced by 74% in Kao's tests.

Kao plans to expand sales of the repellent to other markets mainly in Southeast Asia, including Indonesia, Hasebe said. It will work with governments that aim to prevent dengue fever, an infectious disease spread by mosquitoes.

Priced at 69 baht ($2) for a 50-gram tube, the product will be sold under the Biore Guard hygiene care brand, which includes hand sanitizer. Kao has distributed 80,000 units for free since February with support from the Thai government.

"We want the brand to become widely known, and this will lead to sales of hygiene products," Hasebe said of the promotional giveaways. 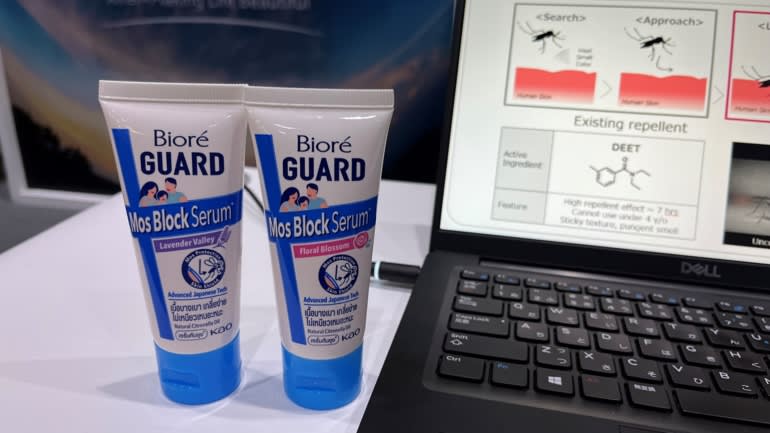 Kao's new mosquito repellent comes in two fragrance versions: floral blossom and lavender valley. It will be sold at 7-Eleven and other retailers across Thailand. (Photo by Yohei Muramatsu)

Existing mosquito repellents typically rely on volatile active agents that interfere with neurons and receptors, or oils that emit scents hated by mosquitoes. Some people avoid such products due to their strong smell or stickiness. Kao's new product contains oil, but only a small amount.

"We tried to develop a product that kids can use every day," Hasebe said.

Dengue fever is reported throughout the year in Southeast Asia due to the hot and humid climate, and the disease can lead to death. Since a vaccine is not widely available, preventing mosquito bites is key to fighting the spread of the disease.

"Africa and India are also targets" for the product, Hasebe said. There are no plans to sell the product in Japan.

The new mosquito repellent marks the first product under Kao's initiative for "protecting future lives," which was outlined in its business plan covering five years through fiscal 2025. The company intends to create such new products and services by drawing on its expertise in hygiene and cosmetics products.