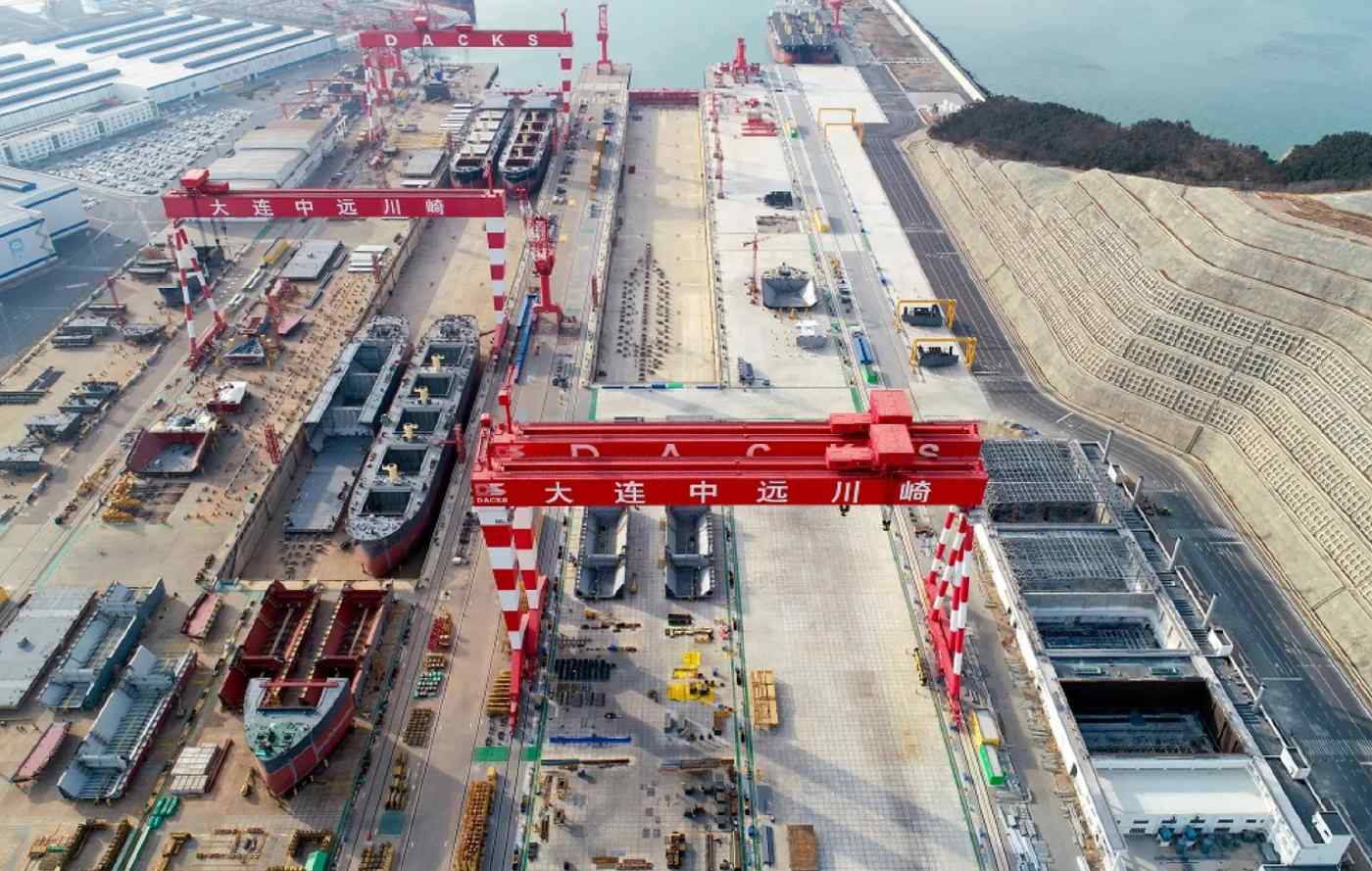 The Dacks shipyard in Dalian, Liaoning Province, completed a second dock on Friday, which spans 550 by 68 meters. The site is operated by Dalian Cosco KHI Ship Engineering, a joint venture of the Japanese manufacturer and China Cosco Shipping.

Kawasaki Heavy has built LNG carriers in Japan, with a shipyard in the western prefecture of Kagawa tapped for high-value vessels. With the opening of the dock, which boosts construction capacity by 50%, the company may choose to build select core components in Japan and handle the rest in China.

The potential shift to the new China dock stems from cutthroat competition by South Korean shipbuilders, which are bolstered by government subsidies. In Japan, shipyards are smaller and labor costs are higher. Kawasaki Heavy has worked to curb costs, but the crux of the issue remains unaddressed.

The first dock at the Dalian shipyard has produced 41 vessels, including bulk carriers to transport mineral ores and grains, as well as megatankers and containerships.

The second dock was being planned when the Dacks shipyard opened in 2007. But the company shelved the project due to the 2008 financial crisis and the subsequent decline in ship demand worldwide. The partners decided in 2015 to reinstate the investment plan.

Other Japanese shipbuilders are moving operations abroad. Mitsui E&S Holdings is set to form a joint venture in April with Yangzijiang Shipbuilding, China's private-sector leader in the field. Tsuneishi Shipbuilding, based in Hiroshima Prefecture, has increased shipbuilding in the Philippines and China.