Kawasaki Heavy to crank up factory robot output in China 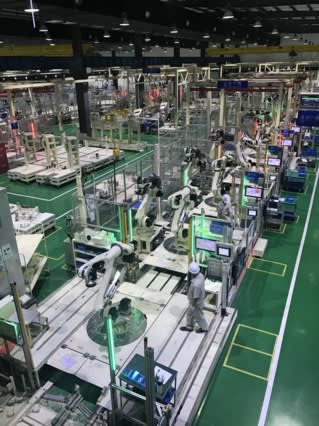 Chinese unit Kawasaki Precision Machinery (Suzhou) will install three new assembly lines by the end of this month for four types of small to midsize robots. The group aims to boost sales in the country by 70% to roughly 8,000 units for the current fiscal year ending in March 2018.

Kawasaki Heavy began assembling factory robots in Chongqing during the spring. The company also is developing another small robot to be produced in the mainland this fiscal year. Total investments will be held to hundreds of millions of yen (100 million yen equals $902,000).

Chinese manufacturers are rapidly adopting industrial robots amid a dearth of workers and rising labor costs. Kawasaki will commit to fresh capital spending as it pursues sales of 12,000 units in China for fiscal 2018.