Kawasaki to step up motorcycle production in India 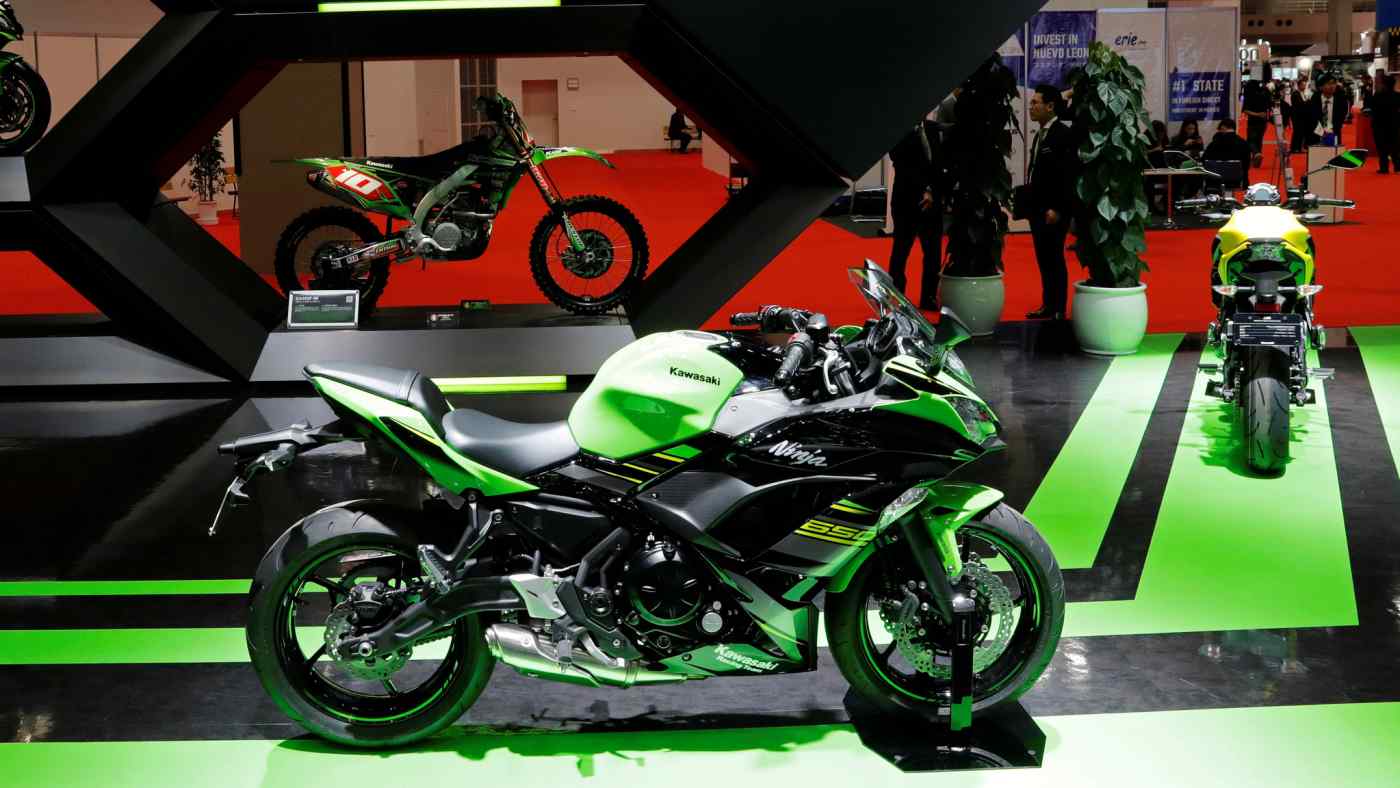 TOKYO -- Kawasaki Heavy Industries' motorcycle unit plans to increase production in India, aiming to turn the major motorcycle market into an export base selling to Africa and Latin America.

The company hopes to increase output to about 10,000 motorbikes a year, including its flagship Ninja model, at a plant that opened last year in the western Indian state of Maharashtra. It will also start buying components locally. The plan includes a big expansion of dealerships in India, which accounts for more than 30% of global motorcycle demand.

Kawasaki's first Indian plant, measuring about 10,000 sq. meters, went online in September 2017. Before that, it assembled motorcycles with engine displacements of between 250 cc and 650 cc at a plant leased from Indian motorcycle maker Bajaj Auto. Kawasaki makes large models, including the 1,000 cc Ninja, at the new plant.

Several Kawasaki engineers from Japan have been permanently reassigned to India. They are tasked with finding ways to incorporate locally manufactured, low-cost components into models targeted at emerging markets, including the Ninja 250. The goal is to make Kawasaki more competitive in India.

Kazuo Ota, head of Kawasaki's motorcycles and engines division, said the company is looking at potential demand for models with displacements of around 200 cc, not just large bikes. He indicated Kawasaki may also develop new models in India.

Kawasaki aims to nearly triple the number of Kawasaki-only dealers in India to 30 by the end of 2020. The company hopes to sell around 5,000 motorcycles a year in the country by that time, about as many as it sells in China now, up from about 1,400 bikes in 2016, Ota said.

India is an attractive market for many motorcycle makers and competition is intensifying. Harley-Davidson of the U.S. was an early entrant. The U.K.'s Triumph Motorcycles has a production tie-up with Bajaj. Yamaha Motor of Japan in 2017 opened scooter dealers in Chennai and two other cities.