Keep on chewin': No midlife crisis for this Japanese candy

At 42, Morinaga's Hi-Chew savors new growth with boost from US baseball

TOKYO -- A cross between gum and hard candy, Hi-Chew has kept Japanese mouths busy since 1975. But an unlikely tie-in has given Morinaga & Co.'s middle-aged product a new lease on life: U.S. Major League Baseball. 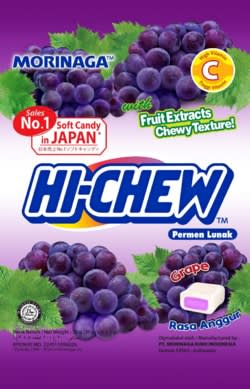 Morinaga's Hi-Chew candy comes in over 180 flavors and reaches varied markets such as the U.S. and Indonesia.

Hi-Chew's big-league career began when Junichi Tazawa, a Japanese pitcher and fan of the candy, introduced it to his gum-chewing teammates on the Boston Red Sox. Many players became hooked on the two-layered chews' just-right texture and long-lasting flavor. Word of the candy spread to fans, creating a miniboom.