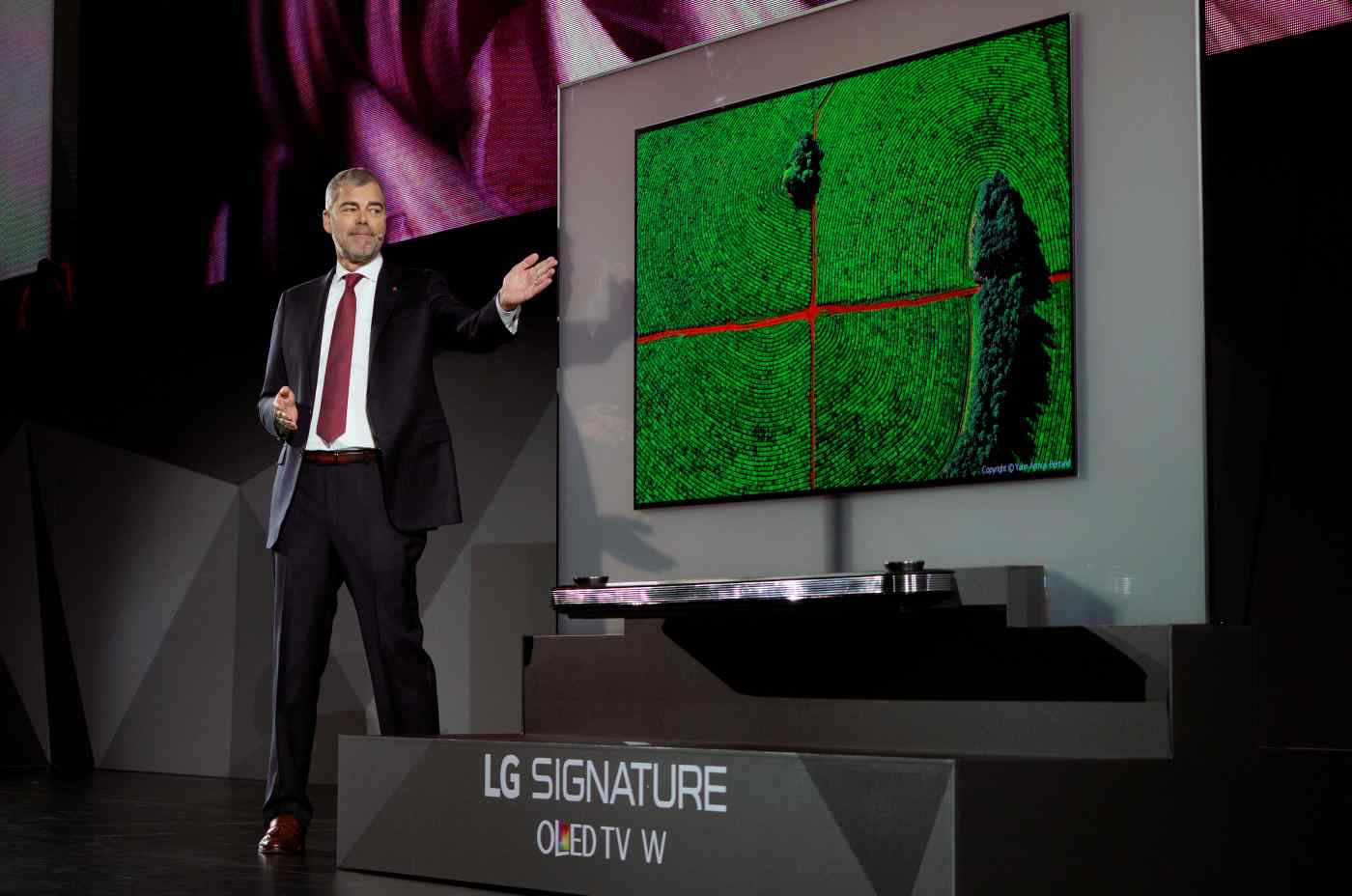 SEOUL -- LG Display lost a net 49 billion won ($45.3 million) in the first quarter of 2018, as competition from Chinese manufacturers drove down prices for liquidcrystal displays.

But the South Korean panel maker said demand for its advanced organic light-emitting diode panels is increasing, contributing to revenue and profit.

The net loss in January to March reversed LG Display's 679 billion won net profit of a year earlier. The company also had an operating loss of 98 billion won in the first three months this year, compared with a 1 trillion won operating profit in the first quarter of 2017.

The loss "was due to weak demand for panels and to a continued decline in panel prices," the company said in a statement. "LCD panel prices declined more than expected in the first quarter due to [TV] set makers' conservative purchasing strategies, amid growing expectations for an increase in panel supplies from Chinese panel makers," the statement said.

The disappointing earnings come as LG Display shifts its focus to OLED panels from LCDs. The company is investing aggressively in the new technology, planning to spend 20 trillion won on OLEDs over the next three years. It hopes to earn more than 40% of its TV revenue from the segment.

LG Display said that it sees positive signals from the OLED market. OLED TVs accounted for around 15% of its TV sales, the company said, and it expects that number to reach the mid-20% range this year. It now has 15 big customers for its OLED TV panels, drawing more manufacturers from China, as well as key buyers Sony of Japan and South Korea's LG Electronics.

"We have promoted to customers our OLED products for the last few years. They have attracted good reactions from the market," said Kim Sang-don, LG Display's chief financial officer, in a conference call. "We will continue to focus on differentiated products, such as Crystal Sound OLED and Wallpaper OLED panels."

LG Display's revenue also fell 20% on the year in the first quarter to 5.6 trillion won. By product, TV panels accounted for 43% of sales, followed by mobile devices at 22%. Tablets and notebook PCs contributed 19%, while desktop monitors had 16% of the total.