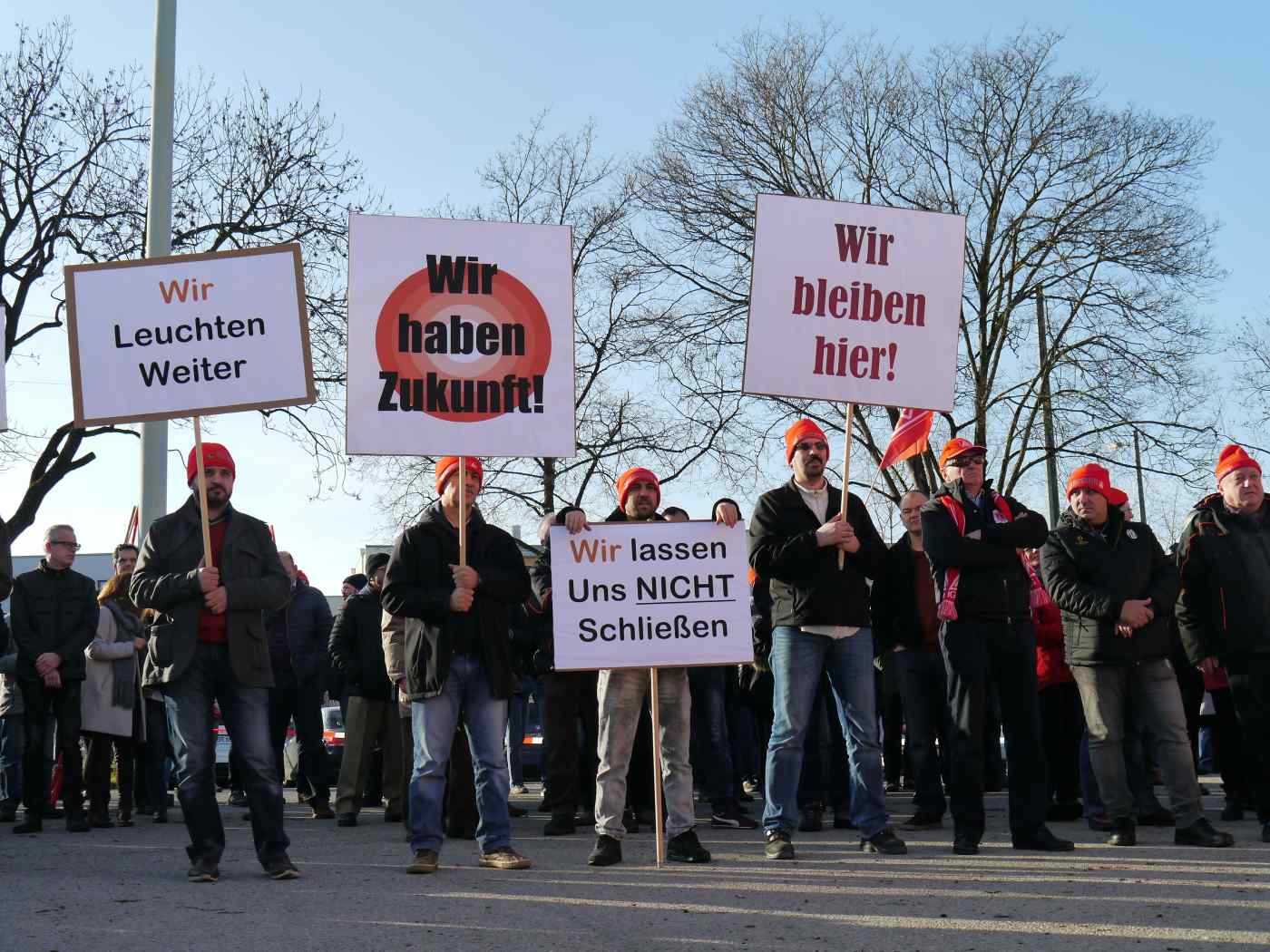 Ledvance workers in Augsburg, Germany protest at a two-hour strike against plans by the company’s Chinese owners to close one of its two factories in the city. (Photo by Jens Kastner)
JENS KASTNER, Contributing writerJanuary 30, 2018 19:53 JST | China
CopyCopied

AUGSBURG, Germany -- In a sign of simmering tensions over Chinese investment in German companies, workers at the Ledvance lamp factory in Augsburg staged a two-hour strike in early January in response to plans by the company's new Chinese owners to close two of its four factories in Germany. The two, in Augsburg and Berlin, employ about 1,300.

MLS, a producer of bulbs and other lighting products based in Guangdong Province, acquired Ledvance from Germany's Osram Licht last March for roughly 500 million euros ($620 million), making the deal one of the most prominent in a wave of Chinese takeovers of German advanced manufacturing companies. In 2016, those acquisitions totaled nearly 13 billion euros, or 5% of all industrial investment in Germany.