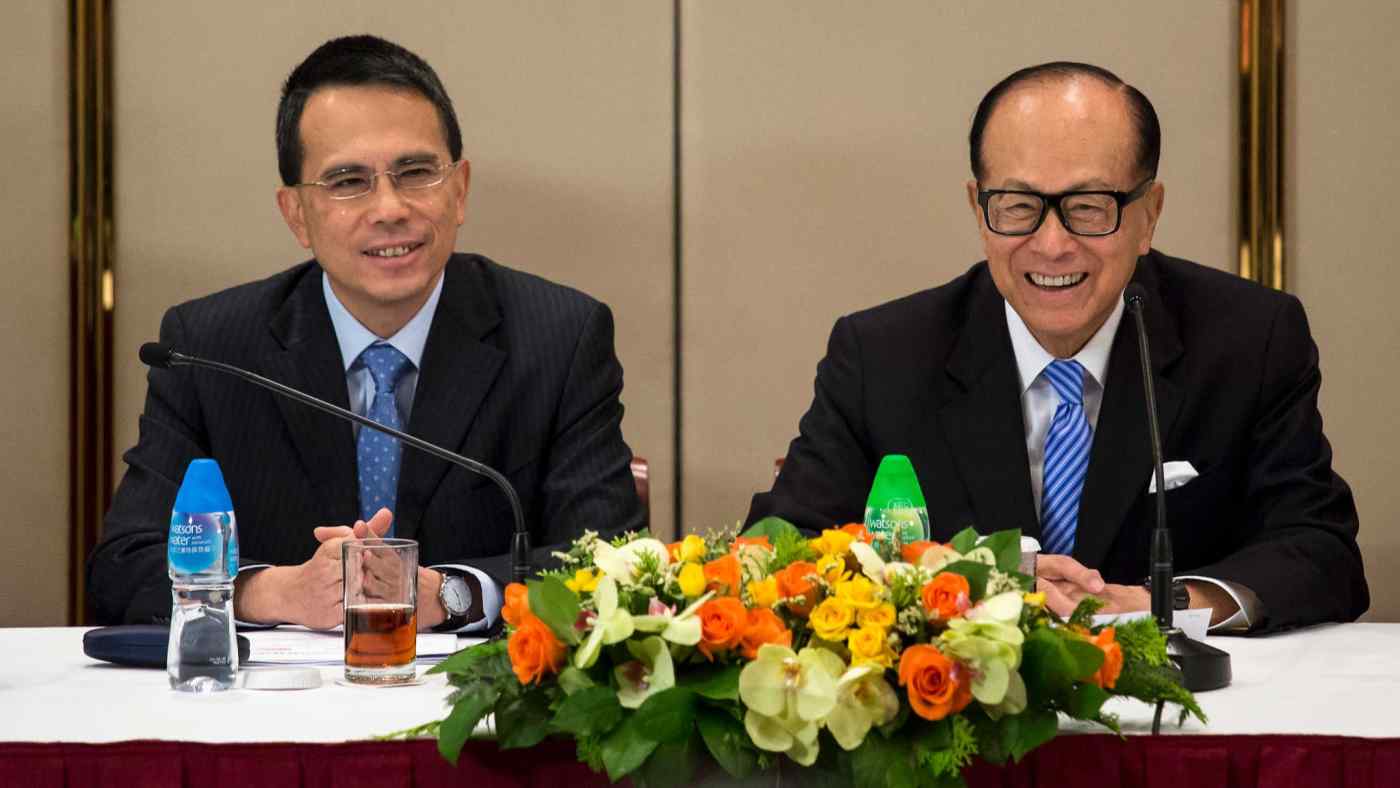 While Thursday's announcement laid out a financial rationale for the deal, it also seems to mark another step forward in the family business's transition from its 92-year-old founder.

The announcement followed the release of lackluster annual results by CK Asset and CK Hutchison Holdings, another conglomerate of the Li family that holds interests ranging from ports and energy to telecommunications and supermarkets.

Under the disclosed deal, CK Asset is to pay 17 billion Hong Kong dollars ($2.2 billion) to acquire four infrastructure investments held by the Li Ka Shing Foundation. Three are in the U.K., engaged in distribution of electricity, water and natural gas, while the other is the largest waste-to-energy operator in the Netherlands.

The foundation held 10% to 20% of the respective companies. All of them were initially acquired in the early 2010s, in conjunction with other Li family group companies, including CK Asset in some of them.

The acquisition of these European assets was fully paid by new shares issued by CK Asset at a price of HK$51 a piece, representing an 8.4% premium to the closing price on Thursday in Hong Kong. The total number of new shares will be 333,333,333, an auspicious number in Chinese culture, as it sounds similar to the word meaning "birth" "life" and "to live." 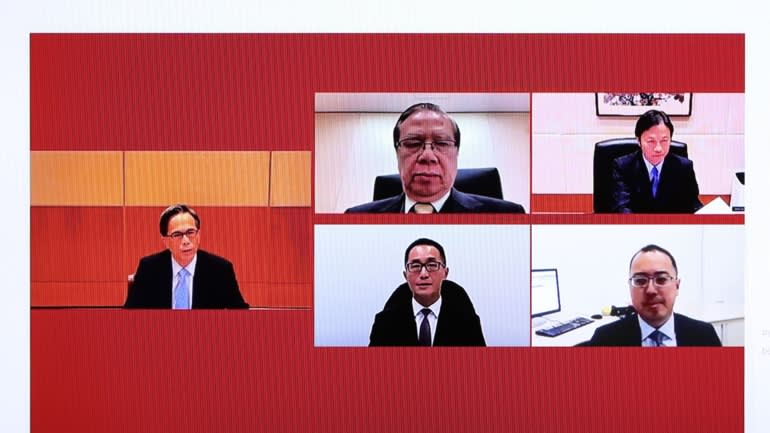 Besides issuing "lucky nine numbers of shares," as Edmond Ip, deputy managing director of CK Asset said at a news conference, this would gain a stake in a proven, stable cash-generating investment portfolio that will contribute a future recurrent income base for the listed company.

If shareholders approve the transaction at a mid-May meeting, CK Asset will hold between 20% and 36% of the economic interests in the four entities. They made an aggregate pretax profit of HK$3.534 billion in 2020 with total net assets of HK$13.879 billion as of last December.

The foundation also pledged a two-year cash contribution of no less than HK$910 million to CK Asset in 2021 and 2022 from the four holding companies that currently own the shares of those four European assets. CK Asset in turn is intending to fully distribute the cash as an additional dividend to its shareholders.

To alleviate the potential negative effect of dilution by expanding the total share base by about 9%, the company is proposing to buy back the same number of shares at the same price.

"Put it in a simple way, if this transaction is approved by shareholders, our share price will perform better. The rate of return for shareholders will be higher," said Victor Li at the same news conference Thursday.

Last year brought setbacks on the earnings front. Net profit for CK Asset was HK$16.33 billion and CK Hutchison was HK$29.14 billion, dropping by 44% and 27%, respectively, from the year before.

Besides all the benefits stressed by Victor and the company, the transaction appears to be a streamlining of the family empire.

The four European assets were all purchased when Li Ka-shing was still at the helm of the group. They were viewed as a diversification strategy to lessen the group's exposure in Hong Kong and mainland China. The playbook at the time was to get various players in the group to be involved, including the foundation, to disperse financial risks of sizable acquisitions.

But as risks have faded, these assets were ready to be brought over to the corporate side of the empire. In exchange, the foundation will increase its direct stake in the group's flagship CK Asset to 10.69% from the current 1.67%. This entails additional flow of dividend, which is calculated to be HK$600 million more based on a proposed level for 2020. The guaranteed cash contribution from the foundation to enhance CK Asset's dividend for the next two years will come back to benefit its own cash flow as well.

The foundation, as the name represents, was established by Li Ka-shing in 1980, and it holds a special meaning for him. Even after stepping down from chairmanship of the two core group conglomerates in 2018, the nonagenarian remains active with the foundation, which he repeatedly refers to as "my third son" -- in addition to his two real ones, Victor and Richard Li Tzar-kai, the owner of PCCW and FWD Group.

The foundation has donated more than HK$27 billion to charities with a focus on education and medicine, according to its website. That includes the establishment of Shantou University in southern China in 1981, and financial support for research given to Jennifer Doudna and Michael Houghton, two Nobel laureates last year in chemistry and medicine, respectively.

Of course the transaction will enhance the grip on CK Asset by the Li family. The family's aggregate ownership, including the foundation, will increase to 45.03% from 36.0%.

The latest round of assets reshuffling involving the foundation was done under the watch of the founding father as he ages, and as the first son gradually consolidates his position in the empire. The foundation has not immediately responded to Nikkei Asia's request for comment from Li Ka-shing.

The company has described the transaction as auspicious because of the repetition of the number three in new shares to be issued. While that is true, the number three can also be seen as be unlucky because it sounds similar to another a word that that means "to separate" or "to disperse."