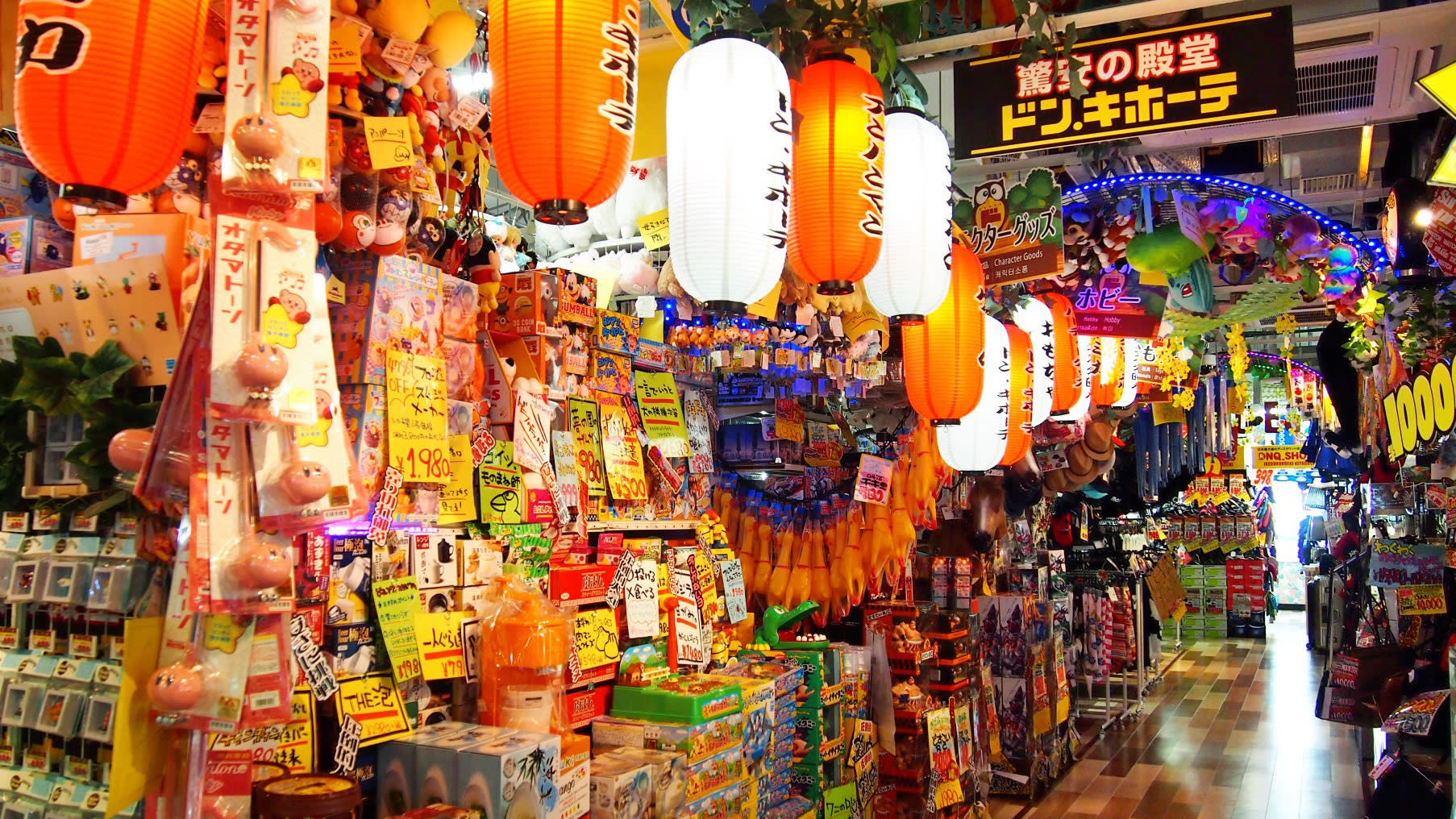 Don Quijote's strategy of offering low prices, but making customers pass through maze-like alleys to reach the cash register, has worked. Shoppers tend to toss more items into their carts as they walk through shelves of clothing, home electronics, food products and household goods.

The operator of the namesake chain has accelerated this strategy by adding larger locations, including a Mega Don Quijote store that opened in Yokohama last November with a sales floor three times that of the outlet it replaced. Average spending per shopper rose 1.3%, making up for a 0.7% dip in customer traffic.

Group sales rose 10% to near 510 billion yen. Don Quijote, known for its quirky and flashy layouts, had about 430 locations at the end of last year, up by almost 30 on the year. A grocery store chain acquired in 2017 in the U.S. state of Hawaii also helped buoy results.

Same-store sales edged up 0.6%, falling off the 4.8% pace of a year earlier as warmer-than-usual weather dampened demand for winter goods. Don Quijote will convert 100 Uny stores into joint stores, like this one in Kanagawa Prefecture.

International visitors flocked to the chain for cosmetics and medicine. Tax-free sales grew 30% on the year to more than 30 billion yen -- on a par with those at department stores offering luxury items, such as Takashimaya's 32.4 billion yen. At a Don Quijote store in Osaka's Dotonbori shopping and entertainment district, sales from foreign tourists made up nearly 70% of the total.

But profitability declined. The operating margin slid to about 6% from 6.3% a year earlier, weighed down by an increased payroll as the company expands overseas. Overhead expenses like rent and utilities rose, as did goodwill amortization costs.

Don Quijote is expected to upgrade its full-year guidance when releasing the half-year results on Feb. 5. The results are now expected to incorporate contributions from general-merchandise unit Uny, which was made a wholly owned subsidiary on Jan. 4. Company forecasts in August called for a 3% gain in operating profit to 53 billion yen and a 2% increase in net profit to 37 billion yen.