But competitors Embraer and Bombardier are catching up 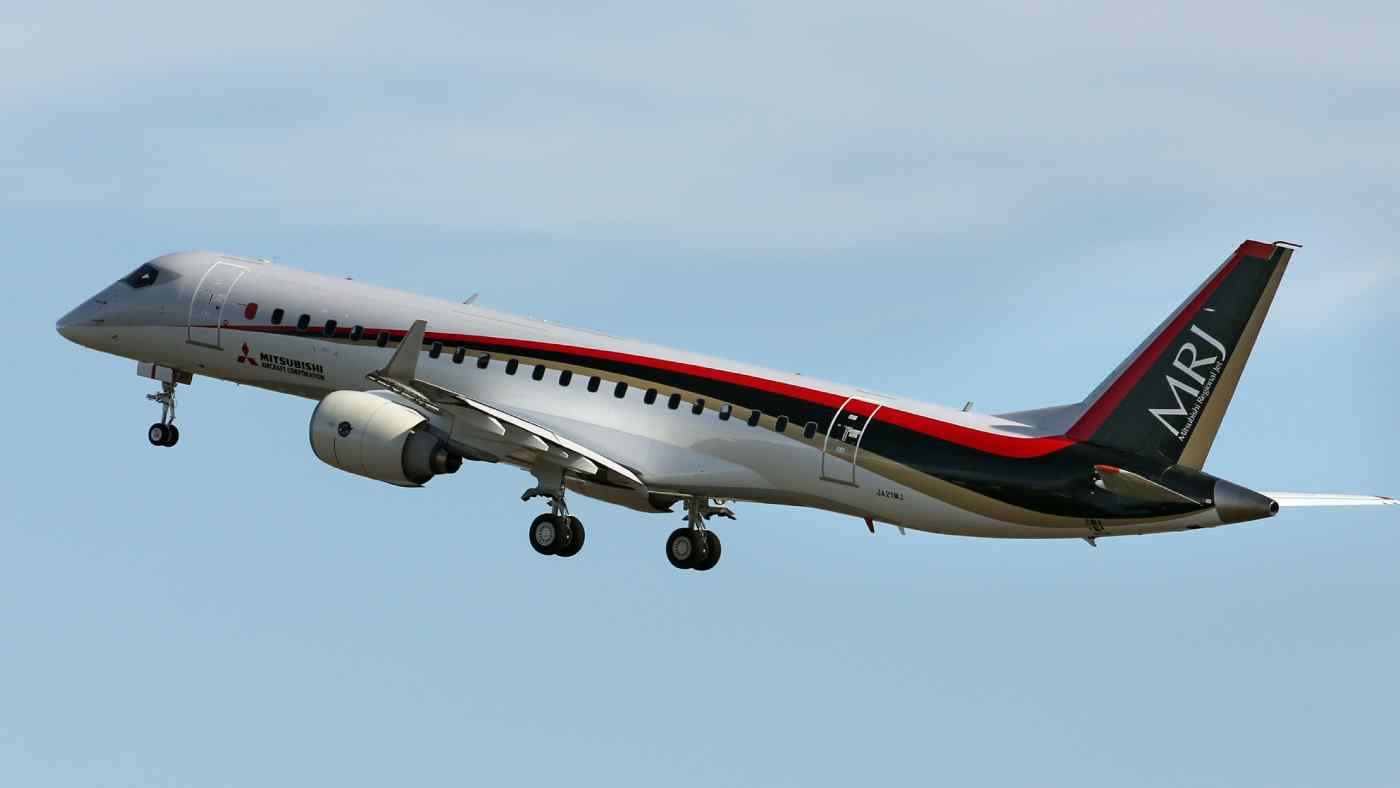 TOKYO -- Japan's first commercial jet airliner in half a century will make its maiden public flight this summer at a British air show as manufacturer Mitsubishi Aircraft rallies from numerous setbacks that have let competitors close in for a dogfight in the regional airliner field.

"I want to show the aircraft soaring across the sky so that more people recognize the Mitsubishi Regional Jet," President Hisakazu Mizutani told Nikkei Wednesday.