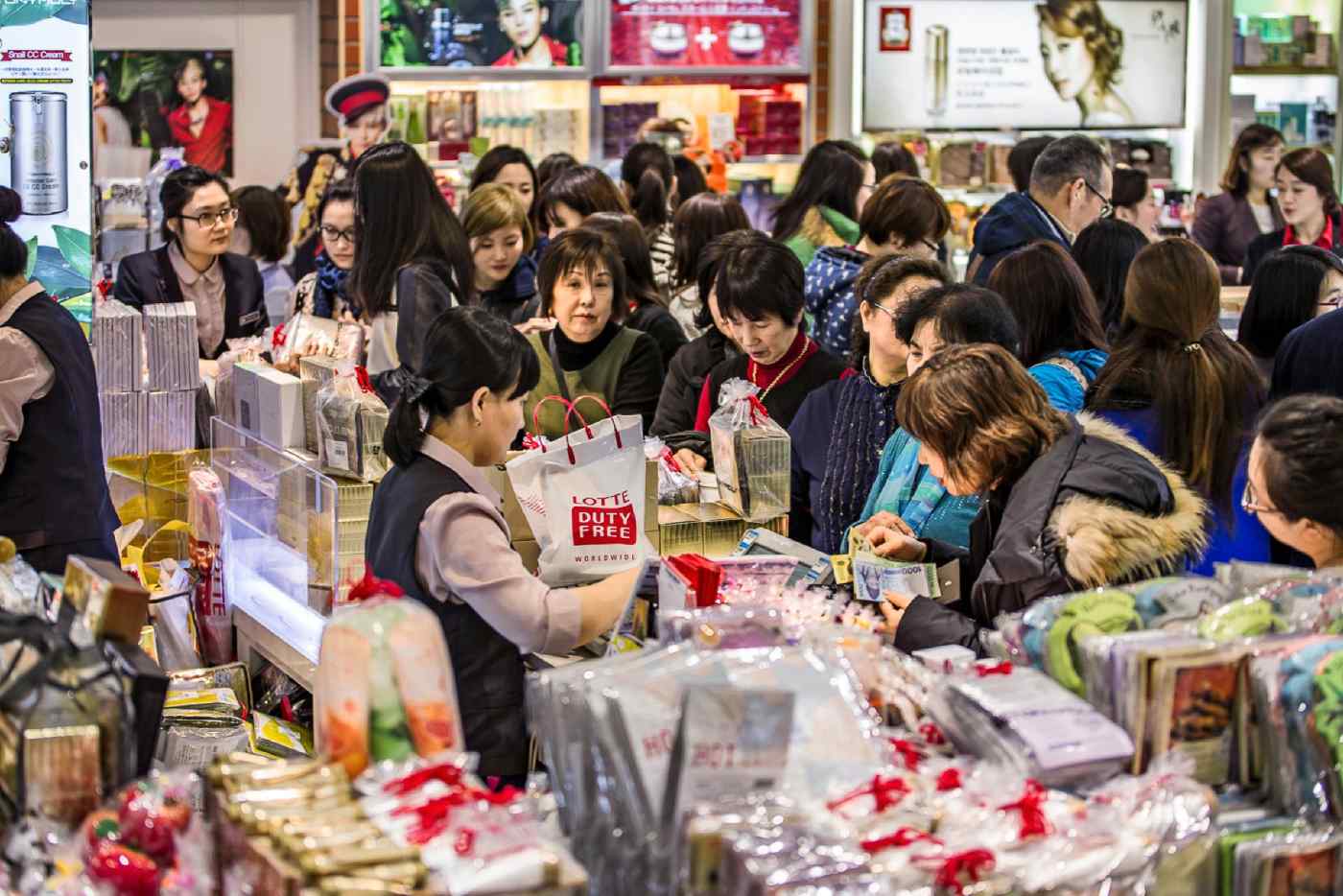 SEOUL/TOKYO -- The Japanese and South Korean arms of the sprawling Lotte conglomerate are poised to start collaborating. The hope is that by working as one whole group can more successfully expand overseas. 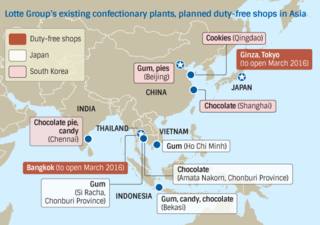 One project is a duty-free shop in central Bangkok that the two units of the huge group will jointly open in March.

The duty-free shop is to be the first major move by the conglomerate under a new let's-get-along strategy. This new direction was recently underlined when it was decided that the founder's second son would become a representative director of Lotte Holdings of Japan.

Shin Dong-bin, known as Akio Shigemitsu in Japan, got the appointment to oversee the group's overall operations. He is the younger son of Chairman Shin Kyuk-ho.

The Bangkok duty-free shop will have some 7,000 sq. meters of floor space. It will offer Japanese and South Korean cosmetics, the usual Western luxury goods as well as Thai souvenirs.

Japan's Lotte Holdings will provide 20% of the operator's capital, with South Korea's Lotte providing the rest. But the ratio may be changed depending on future needs.

Lotte South Korea currently operates its own duty-free shops but has yet to expand into Thailand. Lotte Japan has been making and selling confectioneries in the Southeast Asian country since 1989. But the two Lotte units will have their work cut out for them: They will be going up against an entrenched duty-free operator in Thailand's King Power International Group. The group will open a duty-free shop in Tokyo's Ginza shopping district in March, with Japanese managers handling operations. This kind of cooperation represents a historic shift. The duty-free business has been chosen as a sort of trial run because Lotte South Korea is facing difficulty in opening new stores at home, where it controls more than 50% of the 8.3 trillion-won ($7.23 billion) market.

It opened its first overseas duty-free shop at Jakarta's Soekarno-Hatta International Airport in 2012. Since then, it has been expanding its network and now operates five duty-free shops abroad, including one in Japan.

Lotte was founded in Tokyo in 1948 by Shin Kyuk-ho, or Takeo Shigemitsu, a first-generation permanent resident of Japan. The company established operations in South Korea in 1967.

The founder later entrusted the Japanese operations to his eldest son, Shin Dong-joo, or Hiroyuki Shigemitsu, while putting his second son, Dong-bin, or Akio, in charge of the South Korean operations.

While Lotte Japan has pretty much remained focused on confectioneries, Lotte South Korea has been branching into a wide range of businesses, including retail, chemical and financial services. The group's total sales are now 20 times larger than those of Lotte Japan.

But strained relations between the two sons have hampered cooperation.

As the two units began to expand their confectionery businesses overseas, they tacitly agreed that where one would go the other would not follow, according to a senior Lotte Japan official. Lotte Japan has entered Thailand and Indonesia, while its South Korean counterpart is in China and India, for instance.

Other than that, active and strategic cooperation has been virtually nonexistent.

The state of the disunion began change late last year when Dong-joo was removed from the management of group units, including the confectionery maker. The shift became clear in January, when the elder son was dismissed as vice chairman of Lotte Holdings, apparently based on the discretion of Kyuk-ho, the founder.

On July 16, the founder's younger son was named as a representative director of Lotte Holdings of Japan, becoming the heir apparent.

The group's shift toward integrating operations is being driven by stagnant growth. In South Korea, Lotte Shopping, the conglomerate's core unit, has been struggling to increase earnings due to regulatory restrictions on large supermarkets and its failure to quickly turn profits in China.

Lotte Japan, meanwhile, lost its ability to produce big hits in the shrinking gum market years ago. In addition, Lotte Japan has been losing ground to snack maker Calbee, which has posted records profits for six straight years, mainly thanks to strong cereal sales.

The Lotte group reported global sales of 6.5 trillion yen ($51.9 billion) for fiscal 2014, with 90% of the total made in Japan and South Korea. To accelerate growth, the group clearly needs to expand in other parts of the world, especially in fast-growing Asian markets.

Instead of leaving each other's confectionery businesses alone, the two Lottes will now work together -- like promoting sales of South Korean-made goodies in Thailand and Japanese-made treats in China.

As the two units are now getting in sync, they have dispelled, at least for now, concerns about the possibility of a family feud breaking up the group. And who knows? If mutual trust grows, the two units may start exchanging personnel.

That, a South Korean executive said, would have significant long-term strategic implications for the sprawling business empire.