New plans add to the $3.1bn the South Korean group has already invested 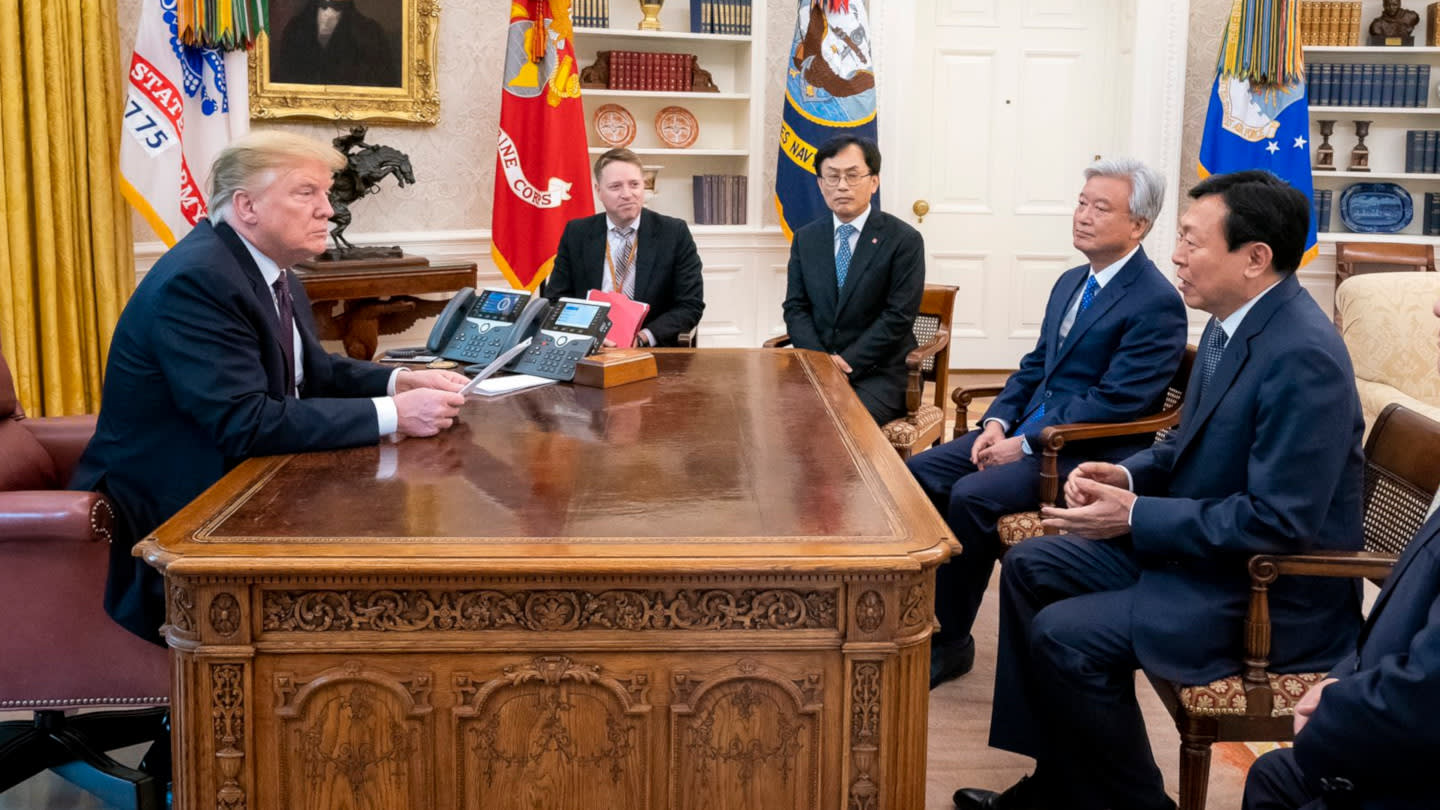 SEOUL -- The chairman of South Korean conglomerate Lotte Group met with U.S. President Donald Trump at the White House on Monday, promising to pour more than 1 trillion won ($842 million) into Louisiana, on top of $3.1 billion it had already injected in a chemical project there.

Lotte said the additional investment will be used to expand the ethane cracking center as it plans to produce 400,000 more tons of ethylene later.

"Great to welcome Chairman Shin from Lotte Group to the WH," Trump tweeted after the meeting. "Thousand more jobs for Americans. Great partners like ROK know the U.S. economy is running stronger than ever!"

The meeting comes at a time of heightened tensions between the the U.S. and China. Washington announced Monday its plans to impose a 25% tariff on more than $300 billion of imports from China, including smartphones and laptop computers, after Beijing said that it would raise tariffs on $60 billion of American goods. On Friday, the Trump administration hiked tariffs to 25% from 10% on $200 billion of Chinese imports.

Lotte was once a big investor in China, operating 99 discount chain stores in Beijing and Shanghai, but withdrew most of its investments after Chinese authorities punished the company for alleged fire safety violations.

But markets watchers believe that Beijing's hostility was provoked by Seoul's deployment of a U.S. missile defense system in 2016 on a Lotte golf course. As a result of frostiness in China, Lotte expanded its investments in the U.S. and Vietnam, buying hotels and developing shopping centers including The New York Palace Hotel and Lotte Center Hanoi.

Analysts said that Lotte's investment in Louisiana was shrewd as the company will not have to pay any corporate tax thanks to competition between U.S. states to attract foreign money.

"We estimate the project is efficient economically because it enjoys corporate tax exemption as U.S. states such as Texas and Louisiana compete to offer better deals," said Lee Dong-wook, an analyst at Kiwoom Securities. "We expect its operating profit margin will reach over 20%, considering cheap ethane and full operation of the facilities."

Trump and Shin also discussed the Lotte New York Palace Hotel which the conglomerate bought from Northwood Investors of the U.S. for $805 million in 2015. The president asked the chairman to take good care of the hotel as it was a good investment, Lotte said.

The hotel hosted many global events last year, including summits between South Korean President Moon Jae-in and Trump as well as between Japanese Prime Minster Shinzo Abe and Trump.

"We are cooperating with many U.S. partners for sharing technology and knowhow as well as creating synergies," said Lotte in a statement. "We plan to expand investments in projects which contribute to economic cooperation between South Korea and the U.S. and job creation."