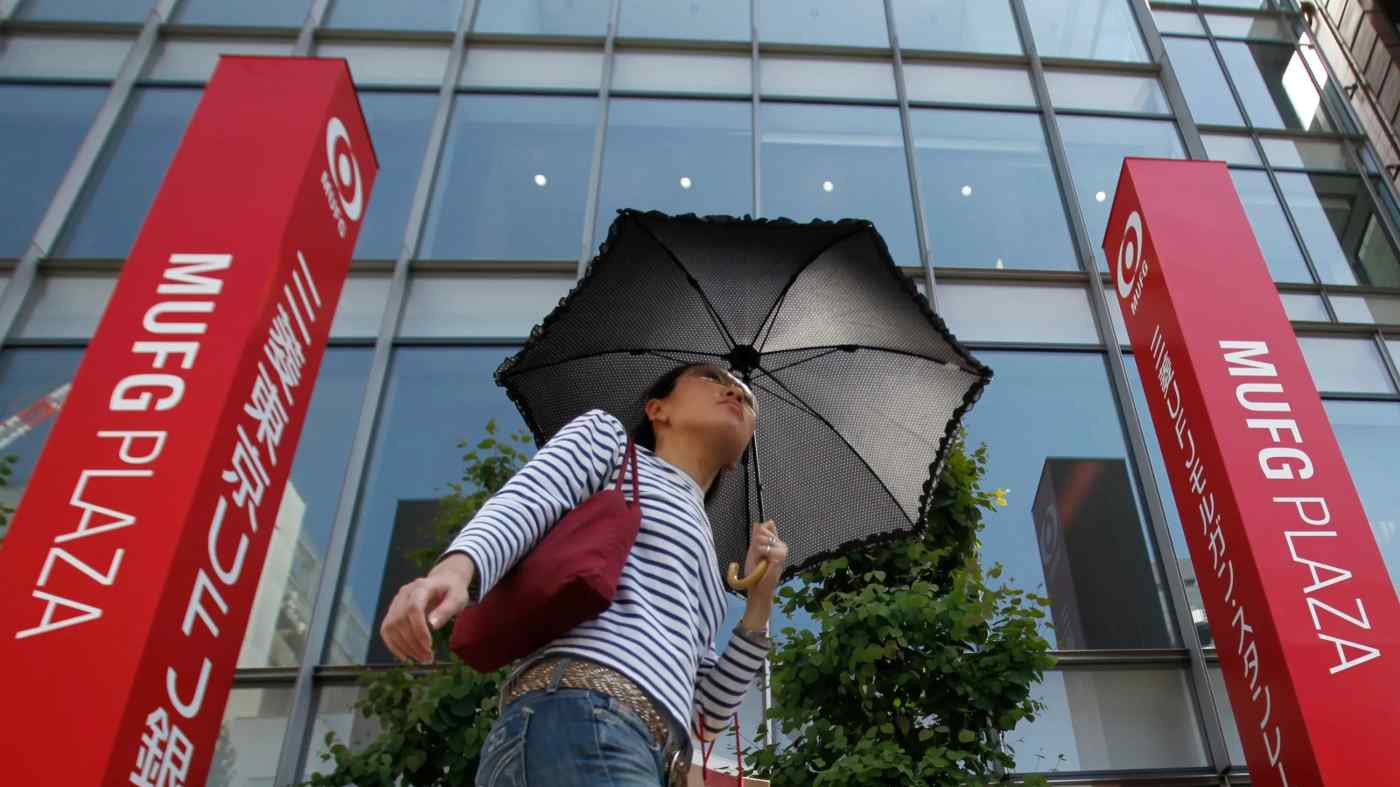 TOKYO -- Mitsubishi UFJ Financial Group will reduce branches of its flagship MUFG Bank by 35% by fiscal 2023 as it pours more resources into structural reforms and an overseas push.

The group previously planned to close 20%, or about 100, of the 515 branches it had as of the end of fiscal 2017. Now, about 180 are on the chopping block under a downsizing described Monday in a presentation for investors.