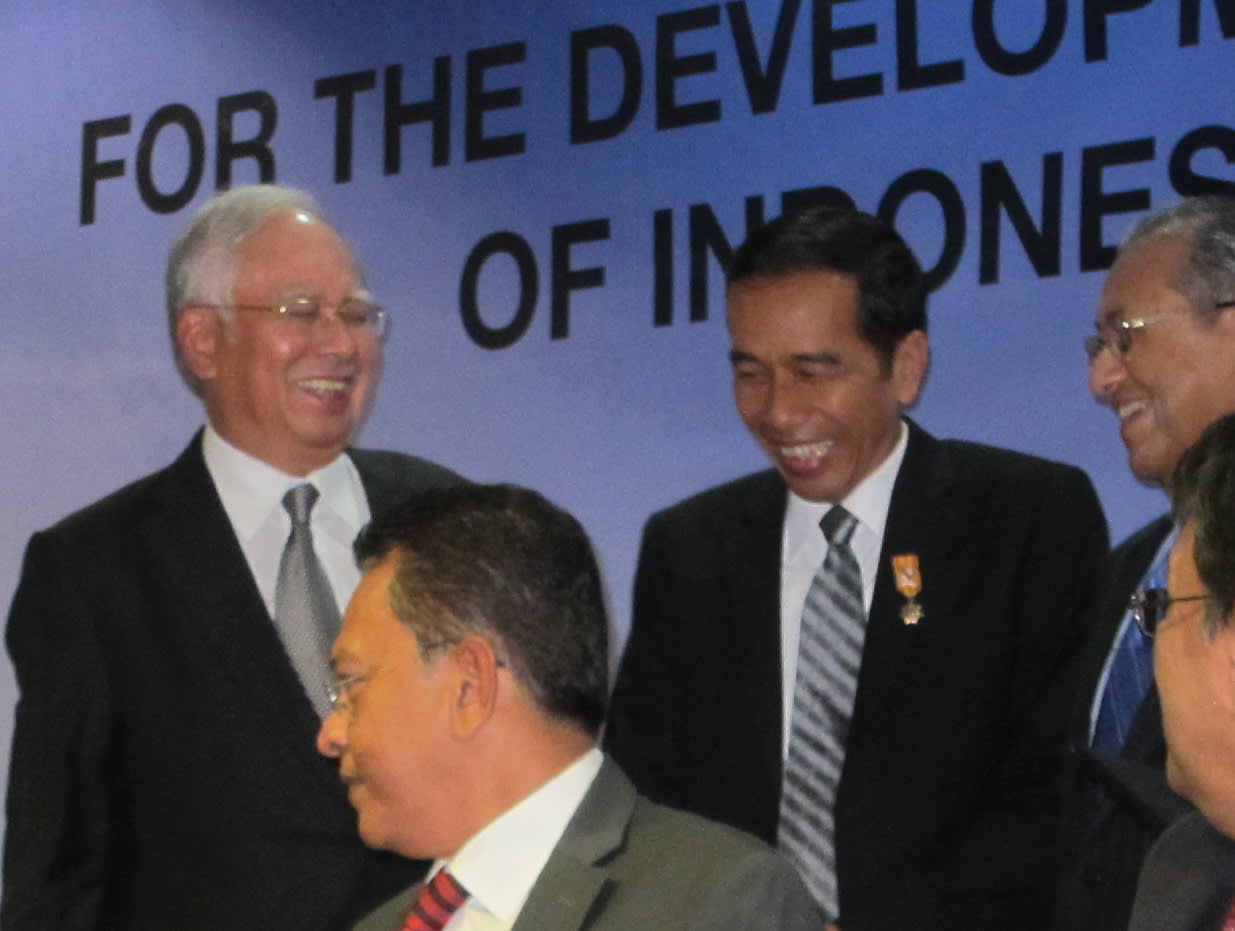 SUBANG JAYA, Malaysia -- A struggling Malaysian automaker has agreed to help an aspiring Indonesian carmaker get off the ground.

Proton Holdings and Adiperkasa Citra Lestari have signed a memorandum of understanding in which Proton has agreed to look at how it can cooperate with the Indonesian state-backed special entity.

"We are confident that Proton can help to train and develop a specialized workforce for our automotive industry," Abdullah Mahmud Hendropriyono, president director of Adiperkasa said Friday in a news release.

The signing ceremony, which took place at Proton's headquarters on the outskirts of Kuala Lumpur, was witnessed by Indonesian President Joko Widodo and Malaysian Prime Minister Najib Razak. The president, in Malaysia on an official visit, had earlier told the prime minister that Indonesia welcomes Malaysian investors in infrastructure projects.

With a population of over 240 million, Indonesia has Southeast Asia's largest car market. Last year, 1.21 million vehicles were sold in the country. Most of them were made in Indonesia but carried Japanese nameplates.

Mahathir Mohamed, a longtime prime minister of Malaysia and Proton's current chairman, said a feasibility study on the collaboration will be completed in six months. If a native Indonesian car takes off, both countries intend to market it in Southeast Asia. "We would like to make use of this joint venture to expand so that it will become an ASEAN car," Mahathir told reporters after taking Widodo on a tour of the Proton factory.

Proton is a wholly owned subsidiary of DRB-Hicom, a conglomerate that has business interests in vehicle assembly, postal services and real estate development. But the national carmaker's market share is shrinking as Malaysian buyers prefer the value and quality of Japanese cars. Proton's share price lost 17% last year, falling to its lowest point since 2001.