Malaysia's Top Glove free to export to US after ban lifted 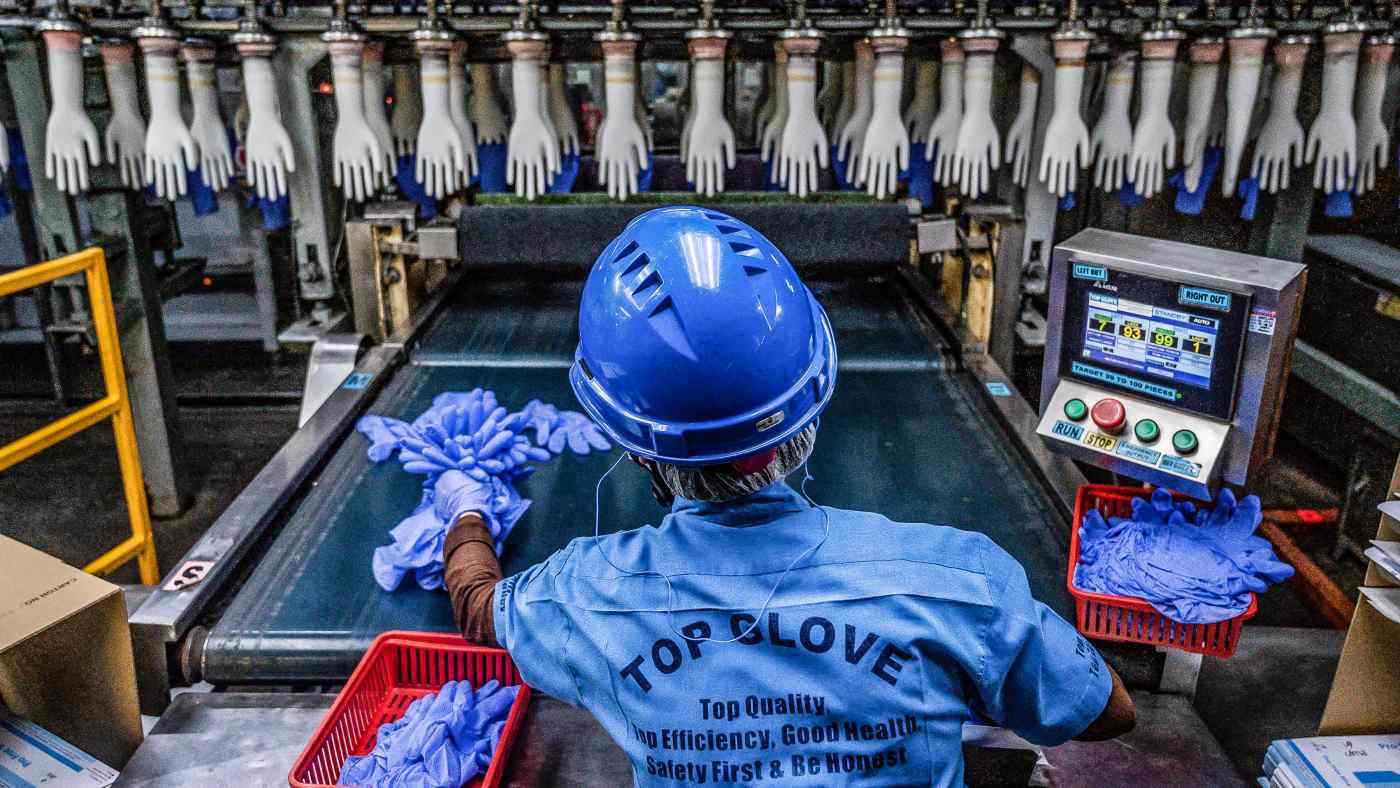 KUALA LUMPUR -- The U.S. has lifted a ban on imports of medical gloves made by Top Glove, according to U.S. Customs and Border Protection and the Malaysian company.

The agency, which is part of the Department of Homeland Security, said in a notice published Friday on the website of the Federal Register that it found the gloves "are no longer being mined, produced, or manufactured wholly or in part with the use of convict, forced, or indentured labor by Top Glove in Malaysia."

"CBP has now determined, based upon additional information, that such merchandise is no longer being, or is likely to be, imported into the United States in violation of section 307 of the Tariff Act of 1930, as amended," reads the notice.

The CBP in July last year issued a withhold release order on gloves manufactured by Top Glove, saying that they were produced by foreign workers in Malaysia under abusive conditions including debt bondage and hazardous working environments.

"Since that time, Top Glove has provided additional information to CBP, which CBP believes establishes by satisfactory evidence that the subject disposable gloves are no longer mined, produced, or manufactured in any part with forced labor," it stated.

Top Glove said in a statement that its medical gloves would resume being allowed in at all U.S. ports of entry starting Friday.

"Top Glove wishes to express its utmost appreciation to CBP for its responsiveness in modification of the finding," the company said. "Top Glove remains committed to the health, safety and well-being of its people."

The company's share price rallied 10% in early trading Friday on the announcement, before giving up most of the gains to trade 2% higher at midday. The prolonged ban in the US and the development of the COVID-19 vaccine had sent Top Glove's stock price down by over 60% in the last 12 months.

The CBP ban also dampened production in Malaysian factories and delayed Top Glove's planned listing in Hong Kong, where it is hoping to raise over $1 billion.