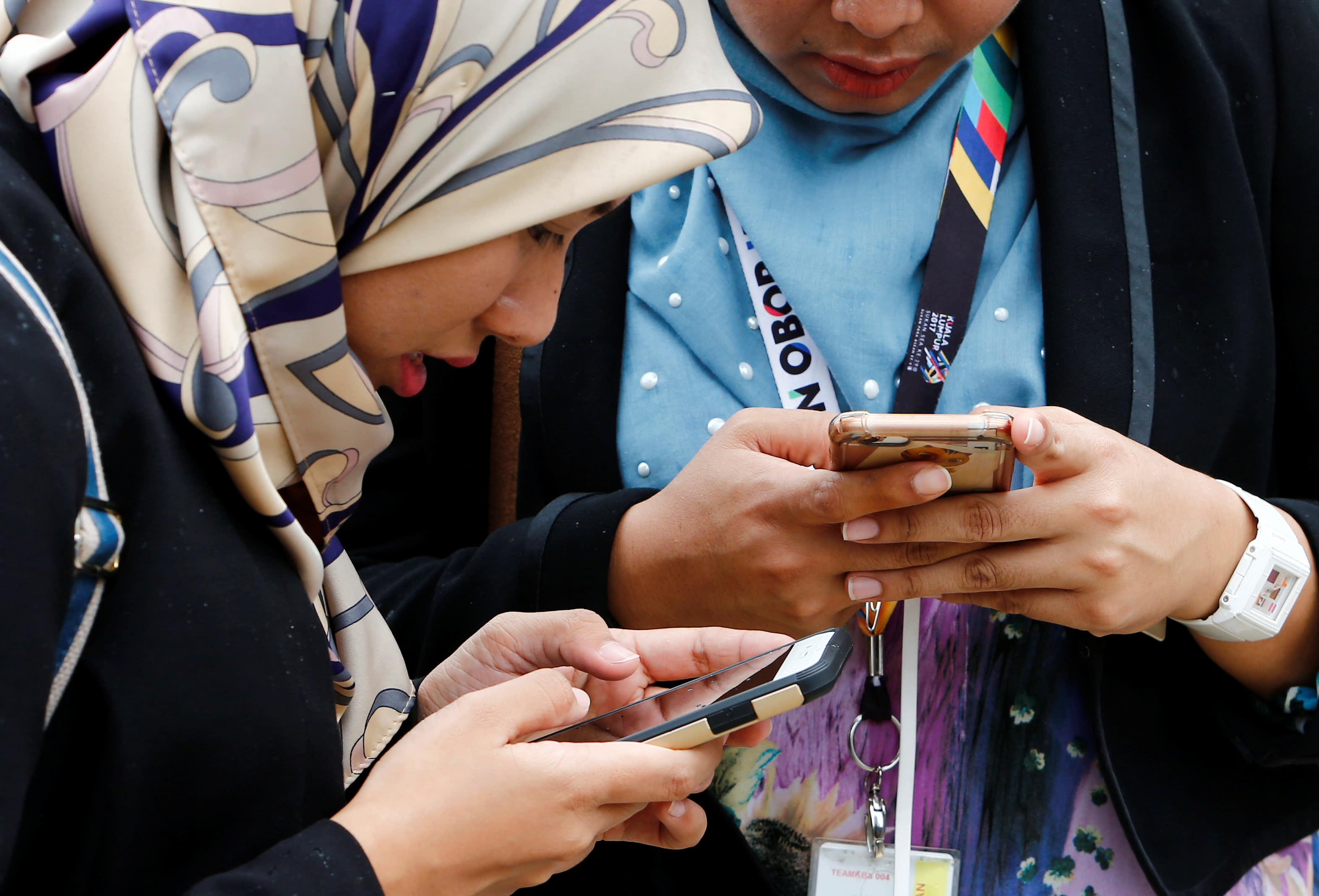 Women use their mobile phones at a university in Semenyih, outside Kuala Lumpur, Malaysia November 3, 2017.   © Reuters

The spectrum assigned to Axiata Group, Maxis, and DiGi.Com will be effective Apr. 2 and will be valid for 16 years, the companies said in separate stock exchange filings.

Analysts said the price tag for the 2100MHz spectrum appears cheap although the industry is expected to fork out higher sum for another recently-closed spectrum auction.

"I view the pricing as accommodative for the industry" with the current payments being the cheapest among previously announced spectrum fees, said Tan J. Young, an analyst at Hong Leong Investment Bank. "There will likely be some impact on earnings via amortization," he said.

The additional annual costs of 63 million ringgit, including higher depreciation and interest charges, would translate to 2% of Maxis' 2019 earnings, 3% for Axiata and 3.5% for Digi.Com, said AmInvestment Bank's analyst Alex Goh.

Malaysia's telecom sector is dominated by three operators with Axiata's Celcom unit, Maxis, and DiGi.Com each commanding about a third of the total mobile subscription. The unlisted U Mobile -- controlled by Malaysian gaming tycoon Vincent Tan - jostles with other smaller players for the remaining market share.

Mobile penetration in Malaysia is high at over 100% but the industry is facing pressure to upgrade their equipment due to rising use of video calls and internet gaming. The massive capital outlay required to handle the surge in data traffic, however, has been eroding profit margins, and frequently sparking a price war among the top operators.

In October, the Malaysian government invited bids to buy blocks of 700 Mhz spectrum for high-speed mobile phone service. The auction closed on Jan. 2. The 700MHz frequency band is currently being used for analogue television broadcasting and will be available for cellular operators in 2019.

"However, the additional frequency band does not immediately translate into higher revenues, which will only materialize from higher paying subscribers as the service quality and speed improve compared with other players," said AmInvestment's Goh.