Marriott gets a boost in Asia-Pacific after Starwood deal 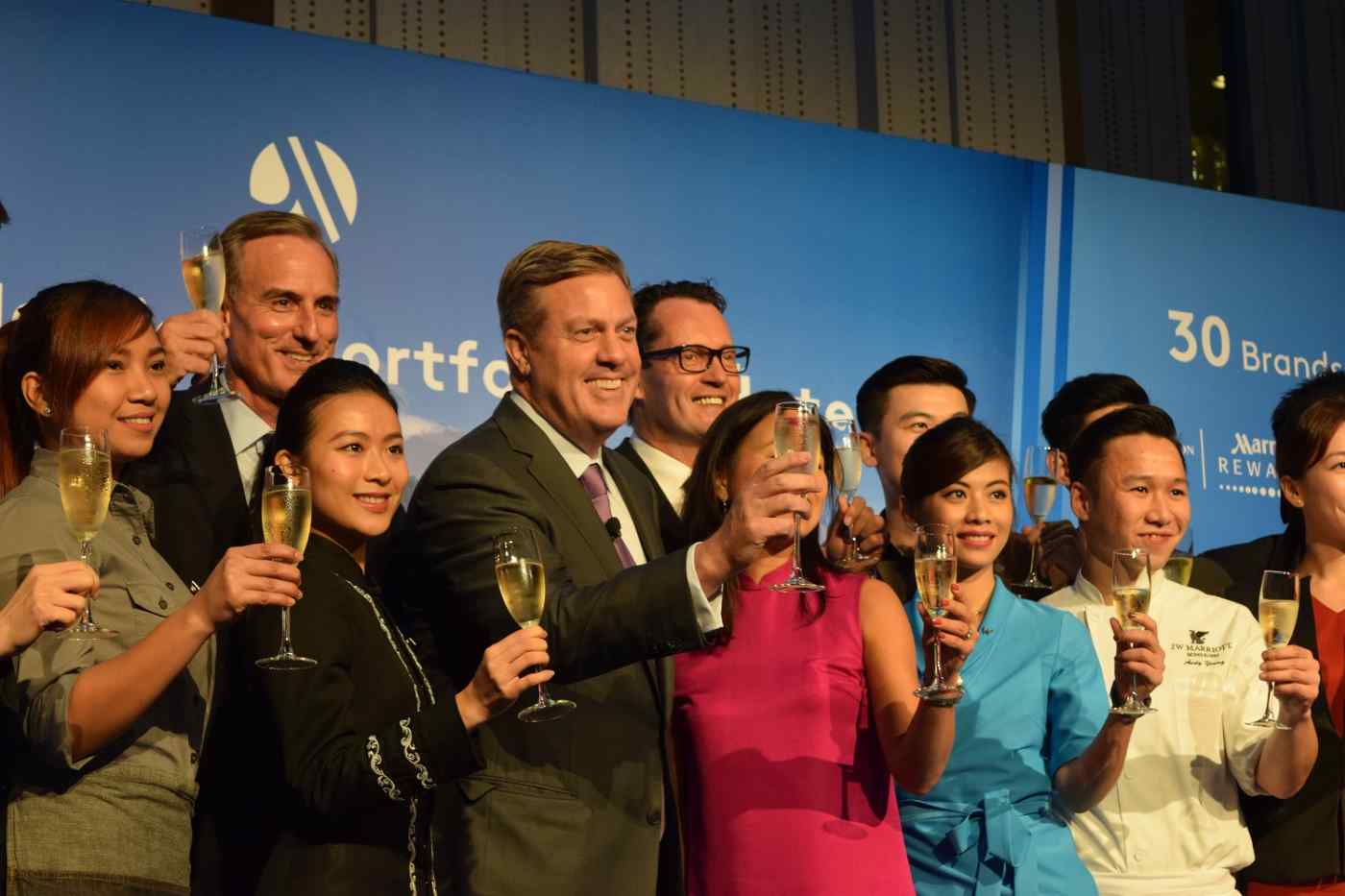 HONG KONG -- Marriott International is eyeing a greater slice of China's booming tourism market, in a takeover that has just created one of the largest hotel groups in the Asia-Pacific region and the world.

Smith's upbeat remarks followed the completion of the largest hospitality transaction to date. U.S.-based Marriott got a green light from Chinese regulators for its $13.6 billion takeover of Starwood Hotels and Resorts on Tuesday, clearing its last regulatory hurdle.

The deal, completed on Friday noon, is expected to give Marriott a boost in market share thanks to U.S.-based Starwood's stronger presence in Asia. It has more than doubled Marriott's distribution across the region to 480 properties, significantly up from 189, according to industry estimates.

In mainland China alone, the group will have about 300 hotels by the end of this year. Smith said a major reason to accelerate expansion into China is to build a domestic footprint so that when Chinese tourists travel abroad, they have loyalty to the same brand.

Despite China's wider economic slowdown, "we haven't seen a slowdown [in our industry]," said Smith, citing strong travel demands from a rising middle class. In February, Marriott struck a deal with a Chinese company, Eastern Crown Hotels Group, to launch 100 hotels under Marriott's mid-market Fairfield brand across the country over the next five years.

Marriott is also rolling out Chinese-style breakfasts in its properties and ensures that Alipay -- a popular online payment service affiliated with Alibaba Group Holding, is available in 90% of its hotels in China. "The world, not just us, is starting to become more considerate of the Chinese travelers, their needs and desires," Smith added.

In March, Starwood accepted a boosted cash-and-stock deal from Marriott, after a consortium led by China's Anbang Insurance withdrew its all-cash $14 billion offer without an explanation.

The mega-deal brings together 30 hotel brands, including Marriott's Ritz-Carlton and Renaissance Hotels alongside Starwood's Sheraton and W Hotels. Globally, the new hotel group will operate some 1.1 million rooms in 5,700 properties, ahead of the 4,900 properties owned by rival Intercontinental and Hilton's tally of 4,500.

Asked about post-merger integration, Marriott said it aimed to enhance efficiency but rejected suggestions about further consolidation. "This is not an acquisition based on the fact that we want to save money. [This is] to drive more sales ... and reach to more people," said Smith, adding that nearly all of Starwood's staff would be brought to the new company.

Nonetheless, industry watchers have warned of reduced competition. A June report by consultancy CWT Solutions Group estimates that the hotel group will enjoy much greater dominance after the takeover. Marriot captures about a quarter of corporate hotel spending in Shanghai, but its share will reach 39% with Starwood added to its portfolio.

In Singapore and Tokyo, its share will climb to 17% and 14% respectively. The impact will be the most significant in North America, where cities like Minneapolis and Mexico City will see Marriott gaining half of the market share. "Basic economics dictate that less competition will only lead to even higher prices and more challenging negotiations," wrote CWT analysts in the same report.

But Marriott is not convinced. "What it does is allow us to leverage our channels but I don't see a lot of opportunity in pricing there," said Chief Financial Officer Kenneth Rehmann. He stressed that the deal received regulatory approvals from 40 jurisdictions, including the U.S. and the European Union. "You really need to look at that objectively."