Mazda to roll out China-only electric vehicles by 2020 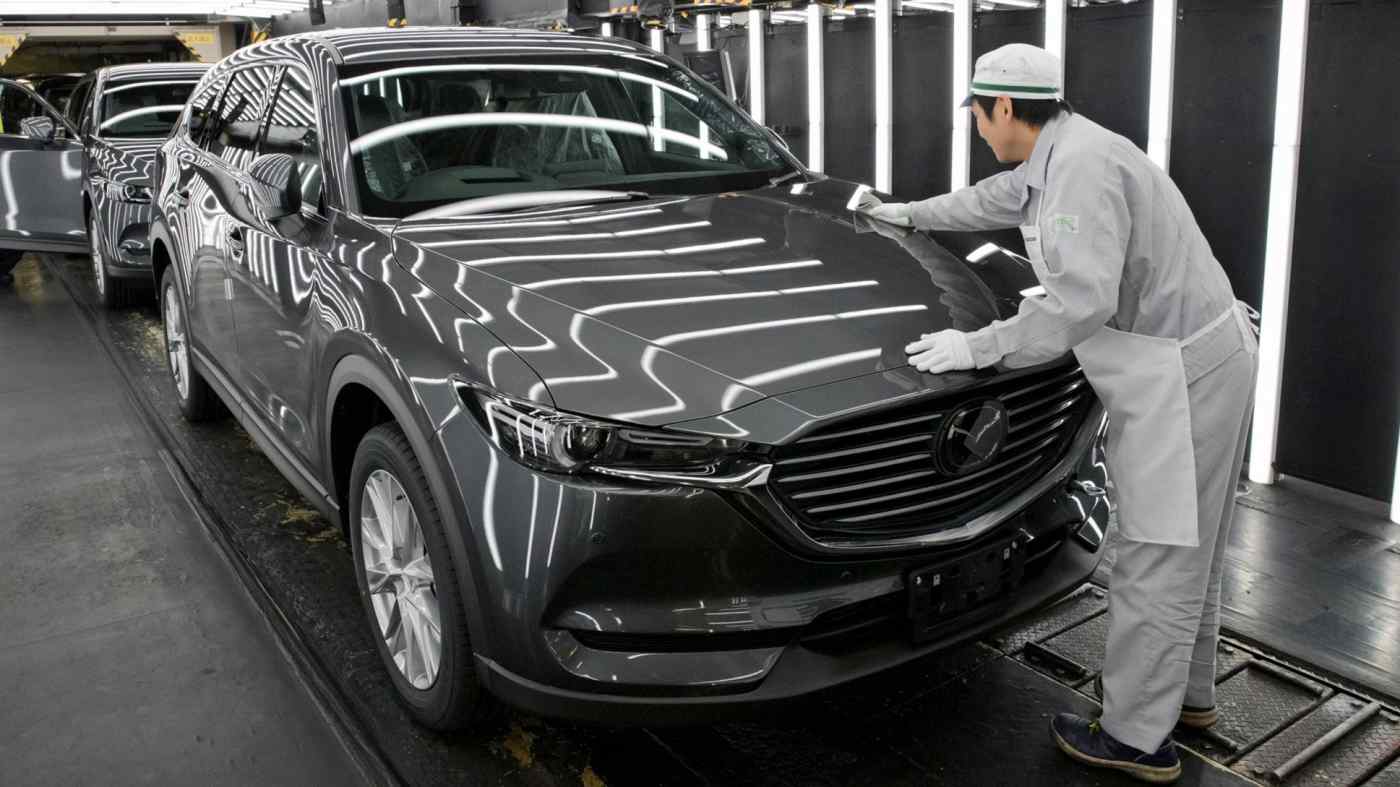 Mazda had been manufacturing the CX-8 SUV only in Japan, such as at its main Hiroshima plant seen here, but started production in China last month.
MASAHISA YUZAWA, Nikkei staff writerNovember 9, 2018 03:40 JST | China
CopyCopied

TOKYO -- Mazda Motor plans to release electric vehicles exclusive to the Chinese market in 2020, aiming to boost its presence in the world's biggest automotive market by offering locally built products.

The Japanese automaker will work with joint venture partner China Changan Automobile Group, which will procure the motors, batteries and other components. Mazda will take charge of the design and other areas associated with the auto body. The offerings are likely to be small SUVs.

"There is no mistaking that China will be the world's foremost automotive power five and 10 years down the road," Mazda CEO Akira Marumoto told reporters in Japan.

Although China is easing capital restrictions on foreign manufacturers of passenger vehicles, Mazda will maintain its 50-50 ownership split with Changan. "There are no plans to review it," Marumoto said.

In 2016, the company launched the CX-4 crossover SUV specifically for the mainland market. And mainland production of the three-row crossover CX-8 started last month, with the vehicles becoming available in China later this year.

During the fiscal year ended in March, Mazda sold 320,000 vehicles in China. But sales volume during the April-September half dropped 11% from a year earlier, tracking an overall slump in the Chinese market. But even with the downturn, China still surpasses the U.S. as the world's biggest auto market. Offering new electric vehicles is also part of Mazda's broader effort to comply with the mainland's environmental standards.

Separately, Mazda is coming out with independently developed electric vehicles that will debut in Japan, Western markets and elsewhere by 2020. On Thursday, Mazda said it will unveil the all-new Mazda3 at the end of the month at the Los Angeles Auto Show. The model will be the first of a completely new product lineup for the U.S.

"We're putting out all at once the technological development done over the past three or four years," Marumoto said. "I expect to elevate the Mazda brand even higher."