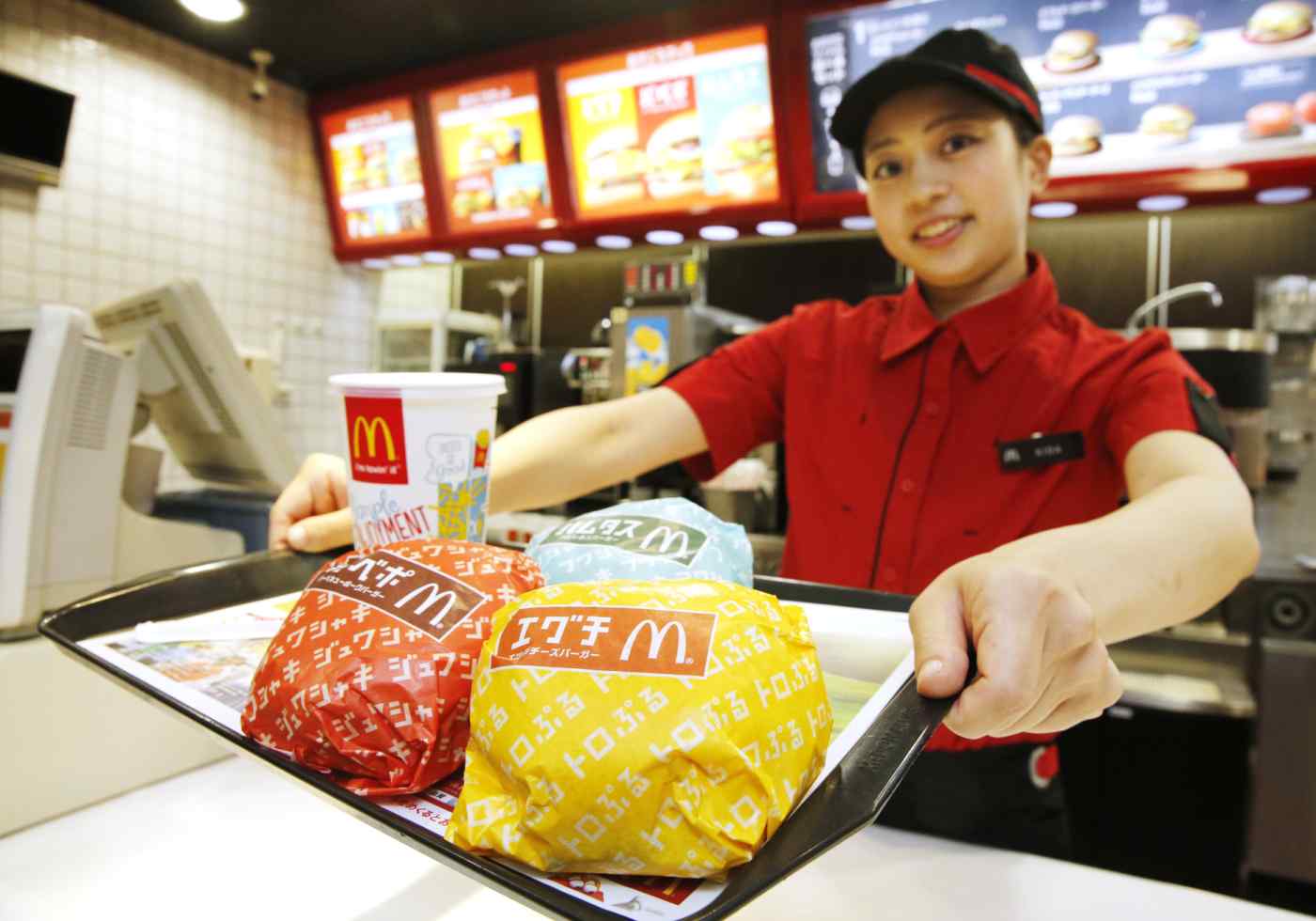 The fast-food chain now sets prices by location, sorting restaurants into nine categories. But customers complain that the system is hard to understand, according to CEO Sarah Casanova. With limited exceptions, prices will be standardized at around 1,330 locations in cities and elsewhere.

McDonald's Japan will also retire a popular series of lunchtime discounted meal sets Oct. 23. Ten sets are now offered for 350 yen, 450 yen or 550 yen -- for savings of more than 100 yen in some cases -- on weekdays from 10:30 a.m. to 2 p.m. The discounts are credited with helping bring in demand for lunch foods. But rising prices of imported beef and other ingredients have made the program unsustainable.

An alternative set of low-cost products will go on sale Oct. 26. Three specialty burgers will sell for 200 yen each or as part of a 500 yen set. The restaurant hopes that the new products will compensate for the loss of the existing lunchtime sets, though the selection will shrink overall.

How customers respond to the price and discount changes is an open question. In July, the company ended the lunch discounts and phased in the new burgers at several test stores. Customers responded well to the offerings, and the change was a boon to sales, Casanova says.

But a number of other fast-food restaurants have seen customer traffic and revenues decline in the wake of price hikes. Traffic at Yoshinoya Holdings stores dropped nearly 20% over previous-year levels at one point after the company raised prices on core items at the end of last year. Same-store sales fell as well.

McDonald's Japan lost customers last year when it was revealed that a supplier had used expired chicken meat, dealing a major blow to sales. Effects from the scandal looked to have run their course in August, when same-store sales grew on the year for the first time in 19 months. But September brought another year-on-year decline.

Customer numbers also remain below previous-year levels. Whether the latest fix works or simply puts the company in a deeper hole has yet to be seen.