Meituan's restructuring of Mobike to last through this year 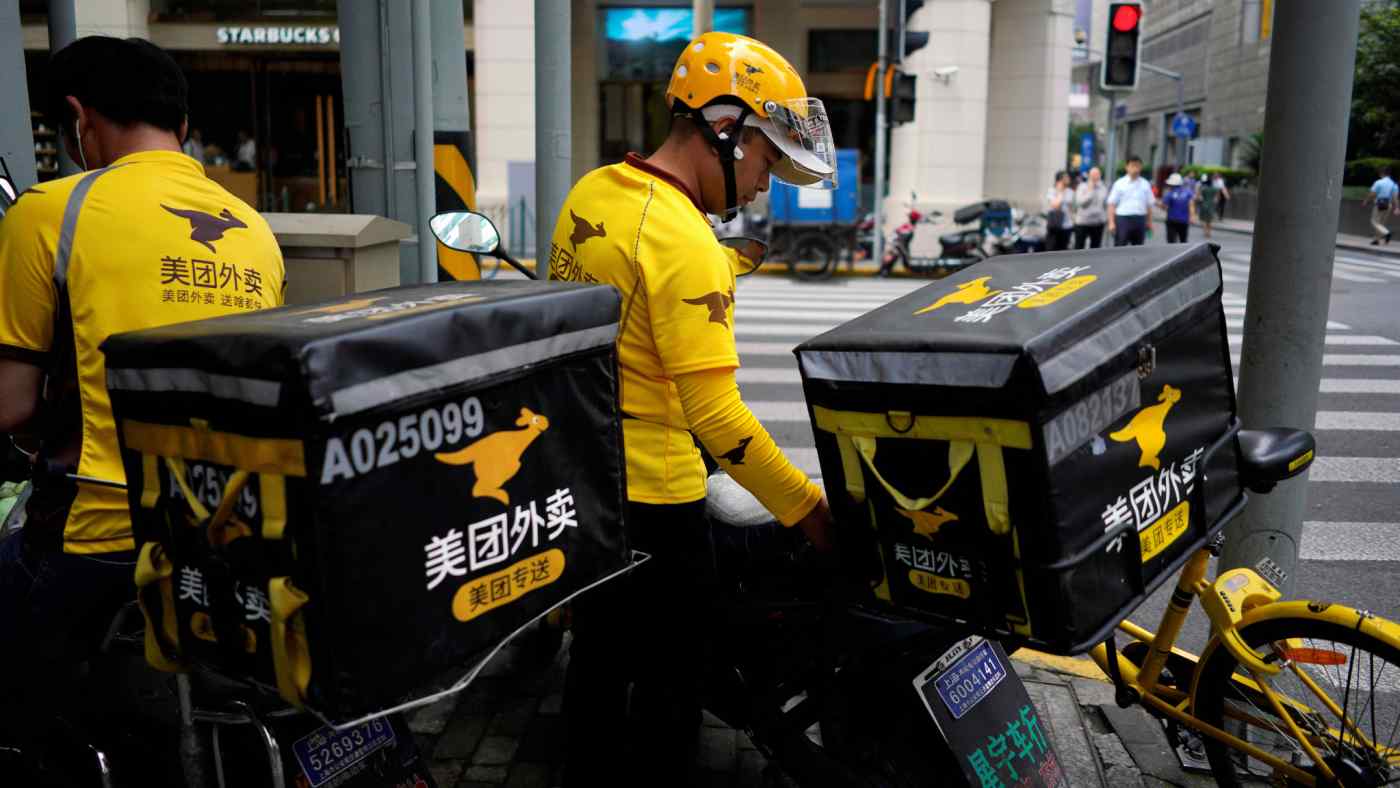 Drivers of food delivery service Meituan are seen in Shanghai. The company expects the restructuring of its bike-sharing business to last through this year.   © Reuters
May 23, 2019 22:45 JST | China
CopyCopied

HONG KONG (Nikkei Markets) -- Food-delivery and online services company Meituan Dianping expects the restructuring of its bike-sharing business, which has been a drag on its profitability, to last through the remainder of this year.

It also intends to strengthen presence in lower-tier Chinese cities for food-delivery services and grow revenue from restaurant-management tools over time by charging merchants an annual fee.

The company, which counts social media and gaming major Tencent Holdings among its major shareholders, has been retrenching the overseas operations of Mobike to trim losses and preserve capital for its other growing services. Meituan, which had agreed to acquire Mobike last year for $2.7 billion, has started to see an improvement in domestic operations, Chairman and chief executive Wang Xing said on a conference call.

"We have already increased the monthly subscription fee and pay per use in some cities," helping the company to reduce losses and grow revenue from the service in the first quarter, Wang said. "We will continue to experiment to refine the pricing matrix to improve our bottom-line and reduce the free ride promotions."

Meituan has been locked in a high-stakes battle for market share with Alibaba Group Holding-owned Ele.me service and SoftBank-backed ride-hailing and delivery company Didi Chuxing. The company had a market-leading 64.1% share of the food-delivery market in China as of February, according to figures compiled by DCCI Data Center of China Internet, a research company.

Gross transactions volume rose 27.9% to 138.4 billion yuan as the number of users and their purchasing frequency increased, while the cost of revenue jumped 75% owing to higher food delivery rider costs.

While the gross profit margin on its food delivery as well as in-store, hotel and travel services improved from a year ago, that on its new initiatives, which include the Mobike service, widened to a negative 11.1% from minus 7.3%.

"We plan to rebrand it so we can enhance Meituan awareness and traffic acquisition through a million bikes on the street," he said.

In its mainstay food delivery service, Meituan will continue to be "very intense" in 2019, Wang said, adding that the company is "more comfortable" despite high subsidies being offered by rivals to grow their foothold.

The company is confident that it will maintain its market leadership position for the full year 2019 and "burn significantly less" cash than competitors, Wang said.

Meituan's shares slumped 5.8% to HK$58.15 in Hong Kong on Thursday before the company reported its quarterly results, while the city's benchmark Hang Seng Index lost 1.6%.