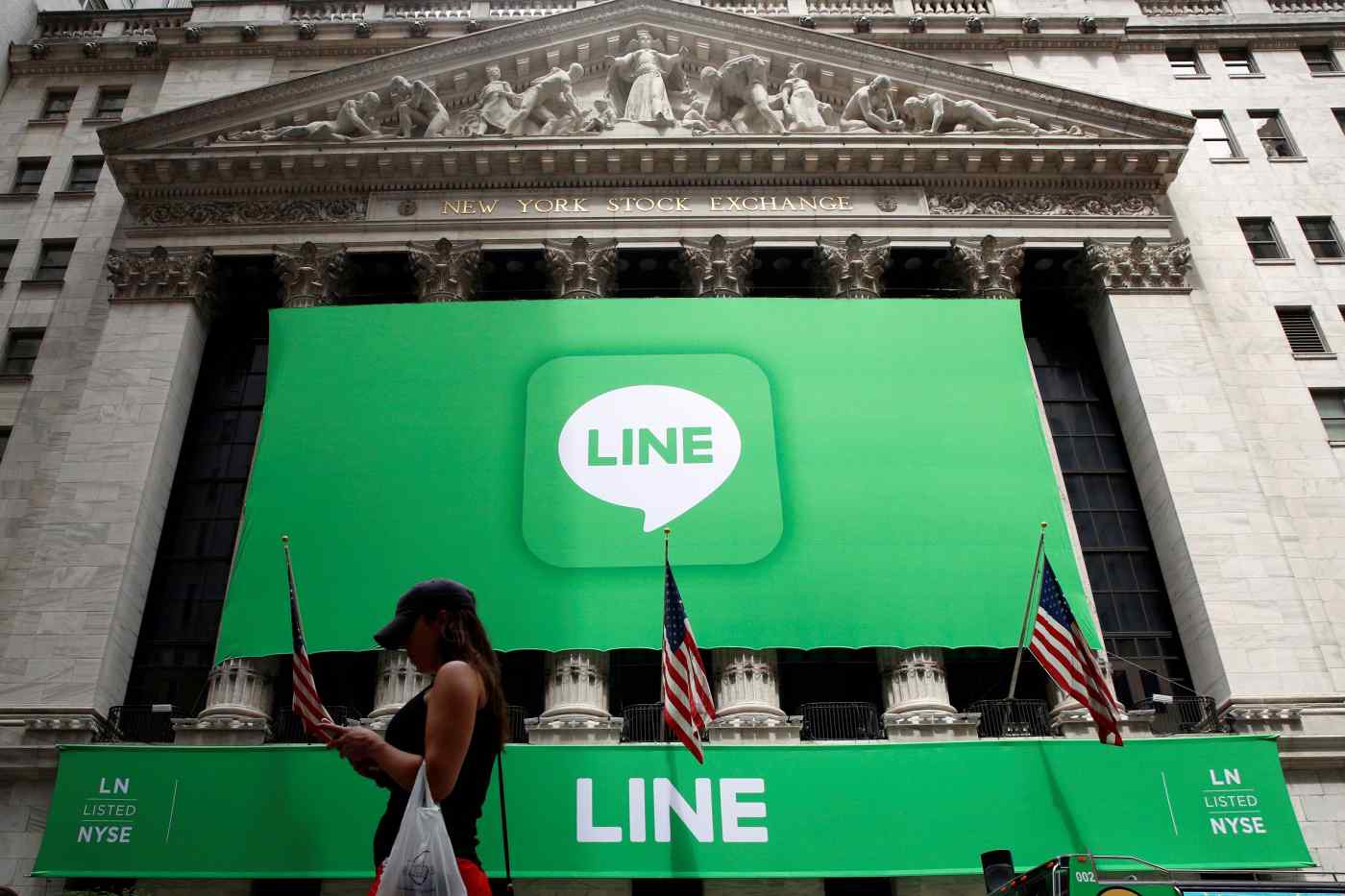 TOKYO -- Market watchers in Japan are raising questions about app developer Line's investment-heavy strategy, wondering whether and when the company's bet on mobile payments and financial services will pay off.

Line reported a net loss for January to March on April 25, its second straight quarterly loss. It attributed the red ink to rising personnel costs associated with the development of artificial intelligence and the expansion of its financial services business.

Line has about 75 million users in Japan, but the company has had trouble making money from its customer base. Line's financial services businesses, including smartphone payment platform Line Pay and its online brokerage, are much smaller than the messaging app operation.

Nomura Research Institute forecasts Japan's electronic payment market to nearly double to 114 trillion yen by 2023, up from 60 trillion yen in 2015. Although the growth potential is high, competition is fierce as well.

U.S. technology leaders, including Amazon.com and Google, are also investing heavily in hardware such as AI speakers, which were first developed by Line. Major Japanese and global players, including NTT Docomo, Rakuten and Apple, are offering more than 10 types of electronic payment services.

China offers an example of how things may shake out. Alibaba Group Holding and Tencent Holdings control 90% of the country's electronic payment market, leaving little room for new entrants. Line has spent heavily on the business, trying to carve out market share.

Market watchers appear skeptical of Line's investment-first, profits-later strategy. On Thursday, the day after the company's earnings briefing, Line shares fell 0.5% to close at 4,015 yen. They are down by about 13% since the start of the year.

Takeshi Idezawa, Line's president and CEO, said the company will maintain the same level of spending on artificial intelligence over the next four to five years. He hinted the company's new businesses may not start contributing to the bottom line for some time.

Keiichi Yoneshima, an analyst at Credit Suisse, said Line shares are unlikely to recover for the time being.

Line's information disclosure is also under fire. The company's Wednesday earnings summary was only two pages long. It posted briefing materials on its website an hour later, but no earnings statement was included. The company said the delay was due to changes in its accounting system, but one Japanese fund manager complained that Line's scant information disclosure is hampering swift investment decisions.