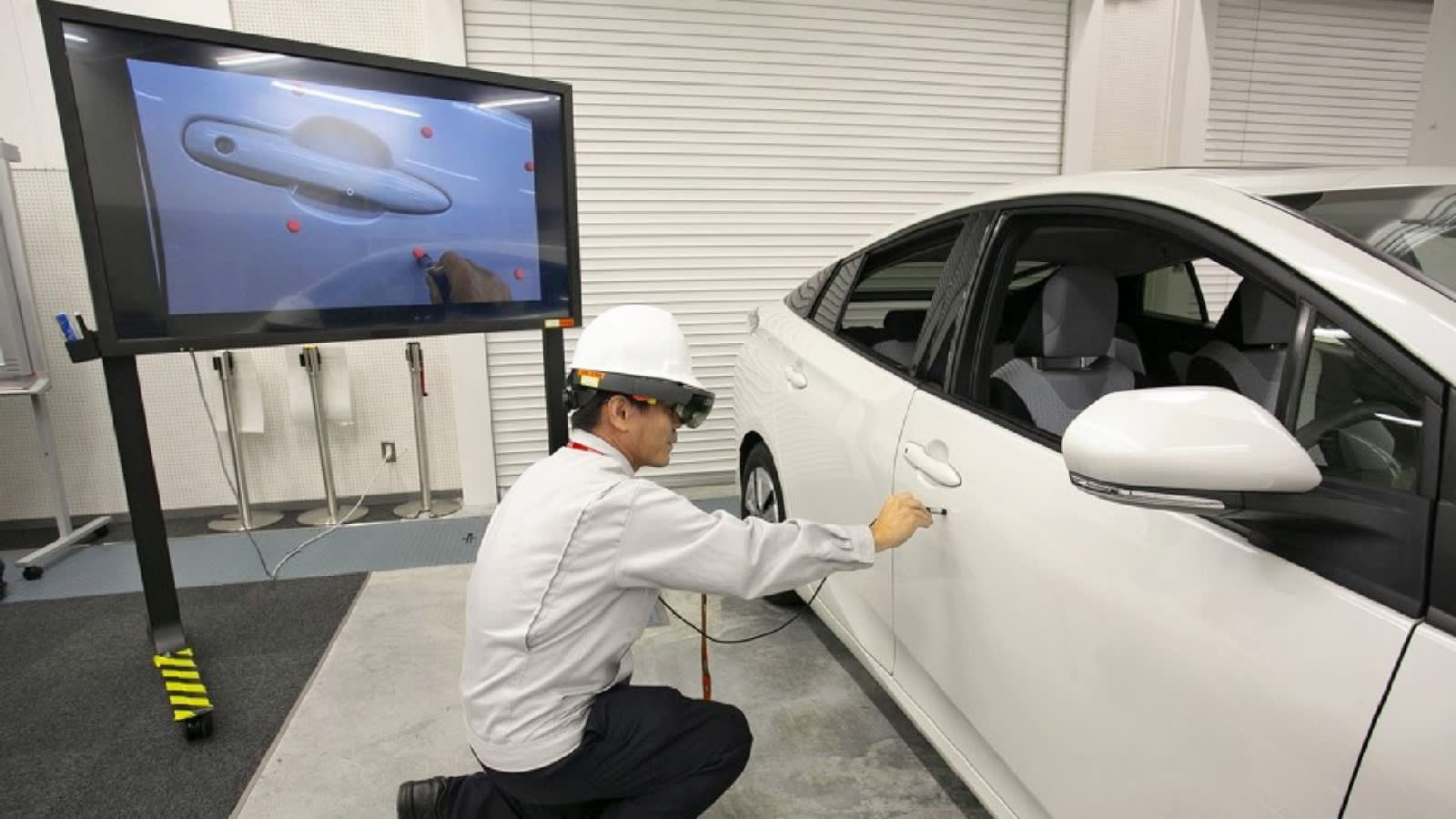 The automaker is weighing introducing Microsoft's HoloLens goggles, which can superimpose graphics and text on the real world, at production lines -- a move expected to bring improvements across a range of tasks. For example, the technology "completely changes the pace and the speed with which you can go about doing something like" checking the thickness of a vehicle's coat of paint, Microsoft CEO Satya Nadella said.

It would add a new dimension to Toyota's production line, known for its kaizen, or "continuous improvement," philosophy.

He stressed the role information technology can play in areas like forecasting demand and improving productivity. The ability to gather and analyze data is becoming indispensable to companies, and it is vital for Microsoft to see how technology changes the way clients use their strengths, he said.

Cloud services lie at the heart of Microsoft's dealings with corporate clients. But Amazon.com holds the lead in that field, having invested sums sometimes reaching billions of dollars on an annual basis in the first decade of the 2000s. Amazon controlled at least 30% of the market as of 2015, while Microsoft languished in the single digits. "All of you are in the software business and in the digital business going forward," said Microsoft CEO Satya Nadella in Tokyo on Nov. 5.

But Microsoft has since crossed the 10% threshold, leveraging such features as connectivity with Windows, its widely used PC operating system. A strong showing from cloud services helped lift the company's net profit 34% on the year to $8.82 billion for the quarter ended Sept. 30.

Microsoft has suffered from missteps in mobile phones and elsewhere, and for a time its market cap lagged behind other big names in the tech sphere. But it has staged a comeback in recent years, even surpassing Google parent Alphabet in market cap in 2018.

Microsoft stock has done noticeably well these past six months, according to an overseas-based analyst -- a period when players like Facebook and Google have been rocked by compromised user data and other woes.

Nadella also said that all companies have a collective responsibility to "deal with the unintended consequences of the pervasive diffusion of digital technology," and stressed Microsoft's expertise in security and similar areas. But with objections growing to IT players' near monopoly on customer data, the company will likely be pressed to lay out a policy on the ethics front as well.