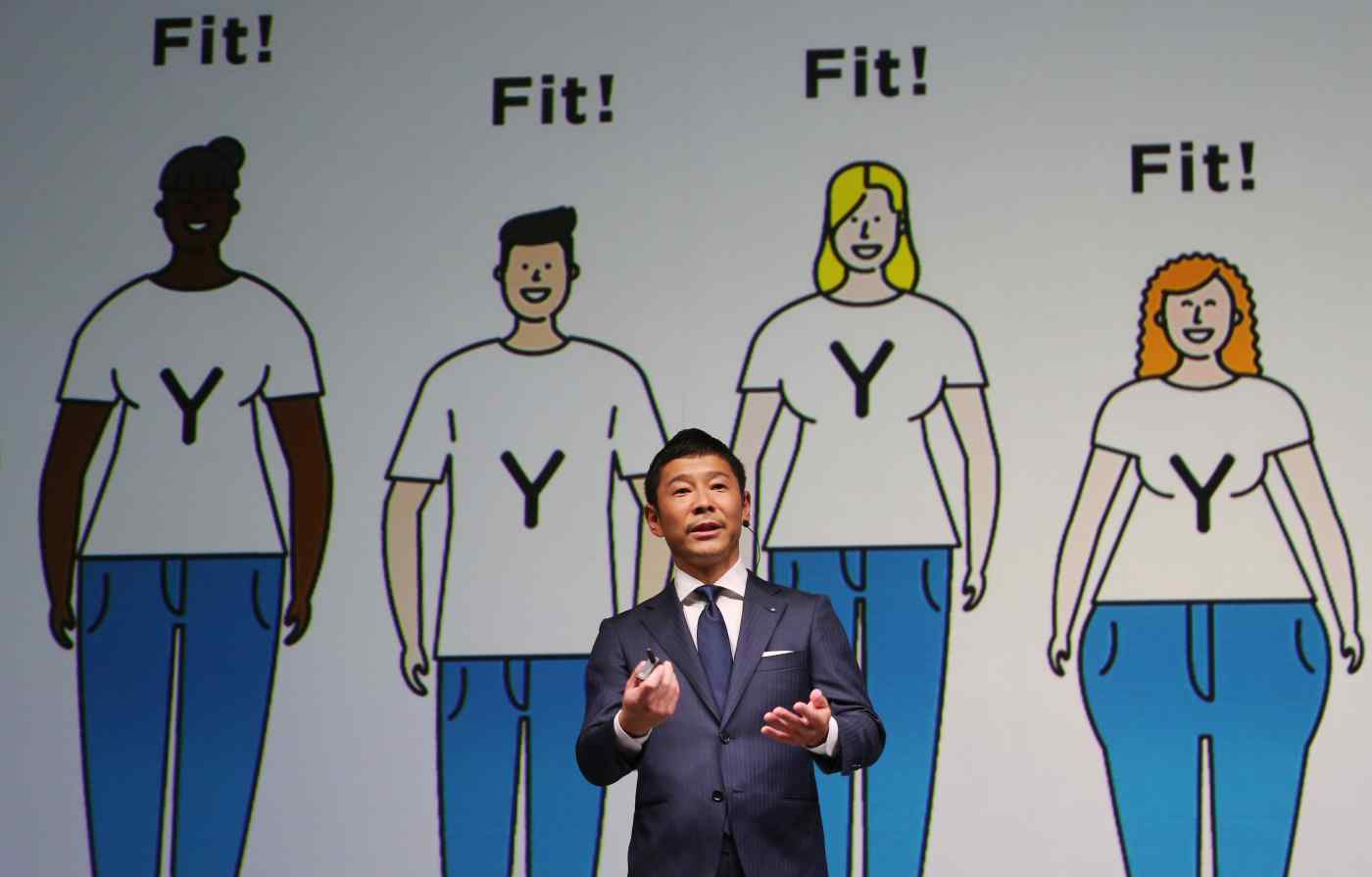 Zozo CEO Yusaku Maezawa falls back to earth as his starry-eyed outlook for the online fashion house dims in the face of an expected profit decline for fiscal 2018.
KEITA SUZUKI and MIWA NARUSE, Nikkei staff writerMarch 28, 2019 07:15 JST | Japan
CopyCopied

The company is expected to report its first profit decline for the year ending Sunday due to the poor performance of its private-label business. A discount program, designed to make up for the struggling house-brand operations, have angered major apparel companies that do not want to see their prices cut online.

"Zozotown was once a place where all apparel companies aspired to set up shop, but now it is becoming a discount site," said an executive at a women's clothing maker, referring to Zozo's online marketplace.

Although the high fees left "companies that sell their products on the website with thin profit margins," according to an industry source, but Zozotown's ability to attract customers helped them expand their customer bases.

That symbiotic relationship has begun to crumble as Zozo, which trades as Start Today, started to allow cheaper products onto the site. The average price per item on Zozotown has fallen roughly 30% over the last five years to 4,759 yen ($43) in the October-December quarter. New brands that open online shops there probably have higher fees than existing ones, too.

Zozo's aggressive expansion plans are behind the shift toward lower offerings. CEO Yusaku Maezawa boasted the lofty goals of achieving "5 trillion yen in market valuation in 10 years" and "becoming a top 10 apparel company" in the company's first midterm management plan announced in April. This involved boosting its gross merchandise value to 715 billion yen for fiscal 2020, up 160% from fiscal 2017, compared with annual growth of 20% to 30% until now.

To achieve these high targets, Zozo has branched out beyond its current, successful business model. The crown jewel of that effort was its private-brand business, launched in January 2018. The company hoped it could boost its private-label sales with Zozosuits, the polka-dot bodysuits it distributes for free to help shoppers take body measurements from home so they can order clothes without trying them on.

But Zozo lacked manufacturing expertise and failed to deliver products promptly. The business was expected to reap 20 billion yen in profits for the year ending this March, but it generated only 2.2 billion yen in the nine months through December. Dragged down by its private label, the company is forecasting its first-ever drop in annual profit for fiscal 2018.

Zozo then introduced a discount service for paid members late last year to compensate for its struggles with house brands. Sweeping markdowns were made without apparel makers' permission, however, an unprecedented move that prompted major companies like Onward Holdings to leave.

The Zozotown page for Tokyo-based Baycrew's Group's Edifice brand is marketing pants at 70% off and down coats at 60% off. Most of these products are from the 2018 fall and winter seasons, however, as the brand pulls all but a few products for the 2019 spring and summer seasons from the website.

"Zozotown is being used as a place to get rid of inventory," said an employee at casualwear maker Adastria.

With its growth prospects shrinking, Zozo's market valuation has shriveled to around 640 billion yen from its peak of 1.5 trillion yen in July. So why did Maezawa set off this series of missteps?

"Maezawa was probably becoming impatient, which is why he also made such bold numerical targets in the midterm plan," said a securities analyst.

Zozo caught flak for not delivering its first generation of Zozosuits on time after unveiling them in November 2017. To quiet the critics, the CEO seems to have quickly tried to play his next hand without preparing for it.

The company announced a private label for business suits in July, for example, and was making preparations for a launch in fall or winter 2018 before Maezawa pushed up the schedule. The result was complaints about late deliveries and ill-fitting clothes from buyers.

Zozotown will no longer be a platform for the latest fashions should brands continue to flee, a trend that would strike at the core of its business model.

"I will focus on my main job," Maezawa wrote in a Twitter post on Feb. 6 now that his leadership is likely to come under greater scrutiny.

For the long term, Zozo is also facing headwinds as apparel makers strengthen their own e-commerce efforts. United Arrows, for instance, will take charge of its own online retail operations in October. The select shop had worked with a Zozo subsidiary on website development for many years but will now run the operation itself, including logistics.

Onward also set up a digital strategy subsidiary March 1. Survival in the industry will depend on building an organization that can obtain and analyze purchase data to cope with changes in trends and demand.

Zozo's rivals are on its tail as well. Amazon Japan opened one of the world's largest photography studios for fashion last year and launched Prime Wardrobe, a service that lets Prime members try on clothes for free, in October.