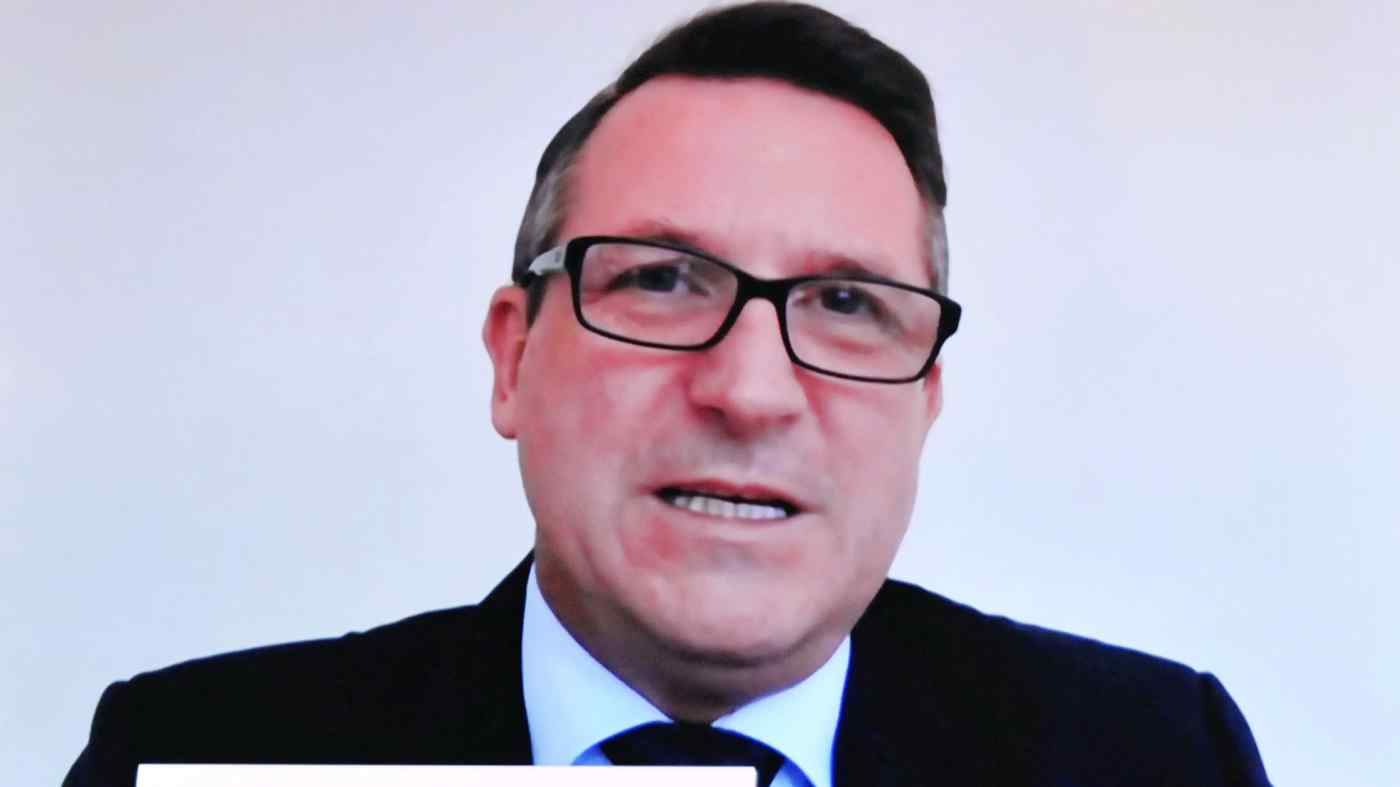 TOKYO -- Mitsubishi Chemical Holdings on Friday said it has appointed the Belgian-born Jean-Marc Gilson as its next CEO, breaking with tradition in order to navigate a harsh business environment.

His appointment is the latest move by Mitsubishi Chemical, a component of the blue-chip Nikkei Stock Average, to transform its governance. But like other foreign-born CEOs who have struggled to succeed in Japan, he will need to overcome differences in corporate culture.

Asked whether he felt any anxiety about heading a Japanese company, Gilson said by videoconference he had lived and worked in Japan before and has a Japanese wife. Japan is "not a new place for me," he said.

Gilson "is the kind of talent we were looking for," said Takayuki Hashimoto, an outside director who heads Mitsubishi Chemical's nominating committee.

The incoming CEO stood out in terms of "potential," "passion," "personality" and other traits the committee considered, Hashimoto said.

Besides Roquette, the 56-year-old Gilson has experience leading operations at Dow Corning and other international chemical companies. He holds U.S. citizenship and is well-versed in high-performance materials, which Mitsubishi Chemical considers a key area for growth.

Gilson said the company needs to reshape is business portfolio in order to boost its profitability.

Gilson was named by Mitsubishi Chemical's nominating committee after the company's outgoing CEO, Hitoshi Ochi, expressed a desire to step down. Since becoming CEO in 2015, Ochi has overseen the merger of three key units and turned Mitsubishi Tanabe Pharma into a wholly owned subsidiary.

"There has been a sense of urgency over the fact that while Mitsubishi Chemical makes over 3 trillion yen ($28.6 billion) in revenue, its market capitalization remains under 1 trillion yen," Hashimoto said.

By comparison, U.S.-based DuPont has a similar level of sales but a market cap of around $44 billion.

Ochi will step down as director at the shareholders meeting in June 2021. Long-serving Chairman Yoshimitsu Kobayashi will remain in his post.

Mitsubishi Chemical has been one of Japan's pioneers in corporate governance. The company's focus on governance comes partly from Kobayashi's own experience serving as an external director at Toshiba and other companies.

Mitsubishi Chemical adopted committee governance in 2015. Kobayashi sits on the selection board, but it is headed by Hashimoto, a former president of IBM Japan.

The committee ultimately chose seven names for the shortlist, four of whom were foreigners and came from outside the company.

Japanese companies have typically brought in foreign CEOs to lift them out of crises, as with Nissan Motor's Carlos Ghosn or Sony's Howard Stringer. Gilson's case is different. Mitsubishi Chemical has chosen him not as a cost-cutting turnaround man, but as a catalyst for innovation.

Foreign chief executives have had mixed success in Japan. Stringer stepped down after four straight years of net losses. Craig Naylor left Nippon Sheet Glass less than two years after becoming its CEO, citing disagreements with the board.

"The top executive should be chosen based on ability to do the job, not nationality," said Yutaka Suzuki of the Daiwa Research Institute.

Gilson acknowledged some foreign CEOs in Japan have failed but said he believed he could succeed.